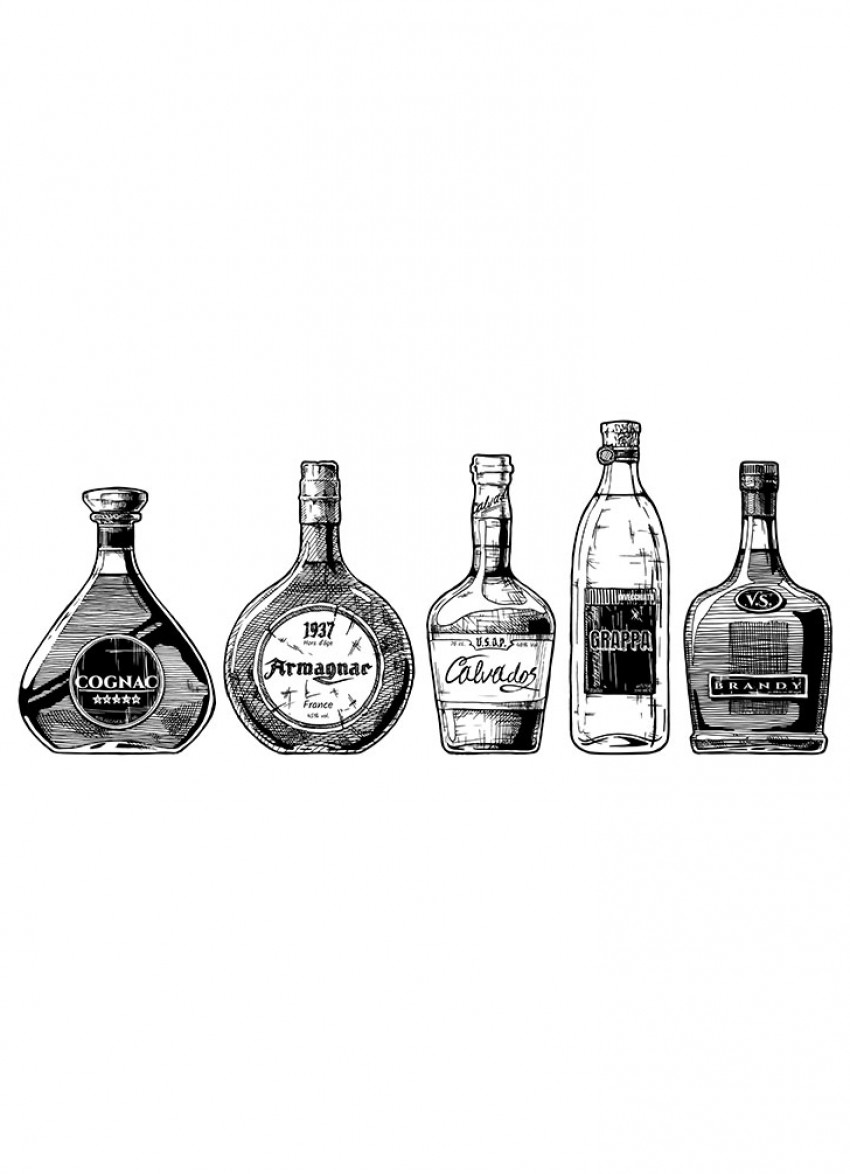 BROUGHT TO YOU BY Maison Vauron

Get acquainted with the lesser-known cousin of cognac and discover the crisp versatility of calvados.

While brandy may be a spirit you're familiar with, chances are, you're less accustomed to calvados.

During a recent visit to Maison Vauron, the Dish team got up close and personal with the lesser-known, apple brandy that hails from the land of baked camembert and cider – calvados.
Ask the pros and they'll tell you that calvados is favoured by the Russians, well and truly on the rise in China, yet still fairly niche in Kiwi spirit circles. While we're no stranger to an aged whiskey or grunty cognac, the versatility of calvados may surprise you.

Château du Breuil, a notable Normandy-based calvados producer, boast an aged brandy that's at least 20 years old. The older the calvados, the richer the colour, achieving a beautiful shade of amber as it ages. Northern France is widely known for the quality of their cider, so it makes sense that distilled products from this region are of such a high standard.

Master calvados producer Didier Bedu, informs us that unlike wine, calvados is ripe for drinking "immediately", making this beautiful drop a perfect aperitif, digestif or spirit to keep on hand when your favourite Dish recipe calls for brandy.

Unlike it's cousins, calvados may shake your perception of what you think you already know about brandy. The aromatic apple notes are immediately inviting, with hints of subtle vanilla bean and crisp fruits. Because it's distilled from cider rather than from wine, unlike cognac and armagnac, it's generally more approachable for many entry-level brandy drinkers.

In a bid to ensure you know your brandies best, here are three scrumptious ways to douse your way to deliciousness with calvados.

1. Braised Duck with Calvados and Apples
Try: Château du Breuil "15 ans d'Age"
Few pairings go together like duck and apples. Wow your friends and family and refine the very fundamentals of French cooking with this classic dish that'll upstage Julia Childs herself.

2. Pork Chops with Apples, Calvados and Mustard Sauce
Try: Château du Breuil Calvados V.S.O.P.
This divine recipe is rustic autumn feasting at its absolute best. Spoon this moreish mustard sauce over tender pork chops for a flavoursome finish. After dinner, cap off your meal with a cheeky digestif.

3. Chocolate Mousse with Cherry Compote​
Try: Château du Breuil Calvados Fine
From camembert to chocolate, this apple-based brandy is just as delicious after the main course. A decadently rich, chocolate and cherry-laced dessert will leave your guests positively swooning.