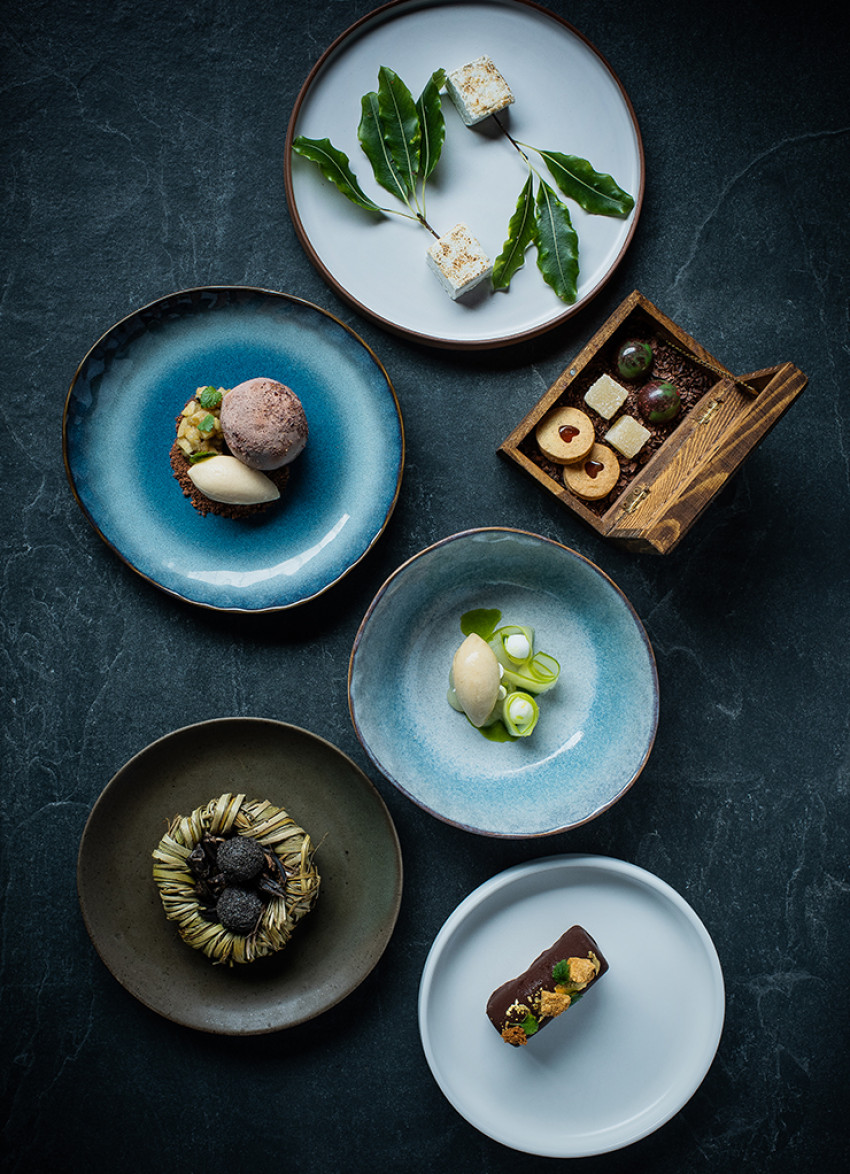 "Why are there no Māori restaurants?” That was among the many questions I had when I first arrived in Auckland from the UK, some 20 years ago. It was the first time I had travelled to a country where the ‘local’ cuisine was conspicuously absent. Indian, Thai, Mexican, Italian and a raft of other nationalities were cheerily plying their trade, yet I was given to understand New Zealand’s indigenous fare was, well, problematic. The cooking methods were labour-intensive (“you need to dig a fire pit”), the ingredients were hard to get, it wasn’t suited to fine dining, there wasn’t much variety. I shrugged my shoulders and tried a lamington. 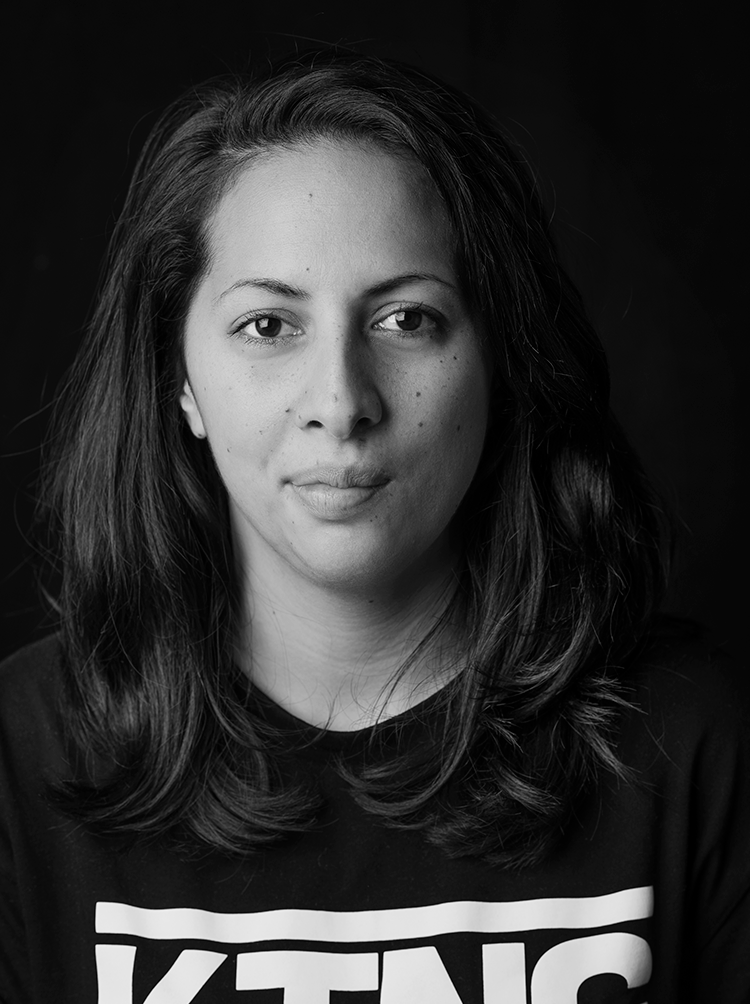 While there’s been a surge of interest in Māori language and culture in recent years – with classes in tikanga and te reo jam-packed – a wider appreciation and understanding of indigenous cuisine has been slower to follow suit. And it’s something New Zealand-Samoan chef Monique Fiso has set out to address – busily foraging, cooking, researching, writing, innovating and experimenting with traditional ingredients and methods; evolving her own understanding in order to deepen ours.

In the introduction to her recent book Hiakai: Modern Māori Cuisine, Porirua-raised Monique writes: “I started to discuss Māori cuisine with people and the general feedback centred around hangi, fry bread and boil-up. I knew this couldn’t be the whole story and didn’t represent people whose ancestors were so deeply connected to the land and the natural environment.”

Through Hiakai (‘hungry’ in te reo) and her Wellington restaurant of the same name – which began as a series of pop-ups in 2016 – Monique has refined and re-defined Māori kai, elevating it to something sublime, sophisticated. Firmly fine dining. Think Crumbed Avocado with Karamu Vinaigrette; Raw Bluff Oysters, Wakame, Oyster Emulsion; Fried Ika Collars; Paua Skewers with Dark Beer Glaze. And that wider lack of appreciation of Māori food I just talked about? Turns out we were greedy for knowledge all along – but just waiting for someone to plate it up nicely for us; ever since its launch last September, Hiakai  has been flying off shelves. “It’s well exceeded Penguin’s expectations,” says Monique. “They sold out so quickly they had to do a re-print within the first few weeks.” 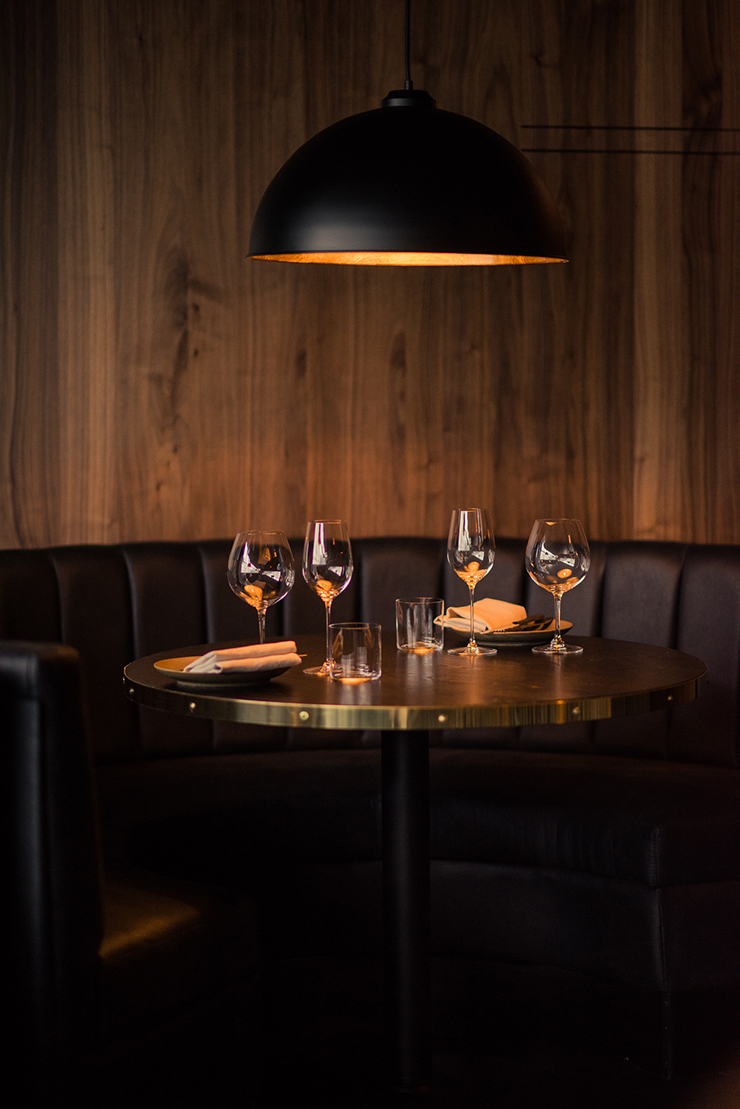 And here’s the thing about Monique’s crusade; it’s not like she’s been rolling her eyes at our brute ignorance, writing a big book to bash us over the head with. Because it’s been quite the journey of discovery for her too. Despite being the child of a Samoan dad and Māori mum, she says she didn’t grow up knowing much about her Māori culture, that as a child they “ate takeout a lot”, and Sunday lunch was usually roast lamb and potatoes.

A lover of food from an early age, Monique studied cookery and patisserie at WelTec, then landed a job at award-winning Oriental Bay restaurant, Martin Bosley at the Port Nicholson Yacht Club; Bosley was “the first chef to show me that food and art can be intertwined on a plate”, she writes in Hiakai. She then moved to New York and began working in Michelin-starred restaurants.. But in 2015, after seven years in the Big Apple’s best kitchens, Monique began to feel the pull of home. Over three months working as a private chef in Hanmer Springs, her cooking developed a ‘distinctive voice’. Combining her Michelin techniques with an eagerness to learn about Māori cuisine, she resolved to use that voice to tell a uniquely New Zealand story.

Monique is well aware that getting the average Kiwi cook to adopt Māori ingredients and recipes will be no easy task. Because while Hiakai contains a compelling culinary narrative, it’s one whose vocabulary is strange to us. Yes, some of the recipes are accessible – Braised pūhā with garlic and chicken stock? Yep. Taro gratin? For sure. Slow-roasted cabbage with cabbage sauce and pickled red cabbage? Sounds do-able. And while some ingredients might not be pantry staples, they’re not hard to find. Kawakawa, for example, is easily sourced in North Island gardens or, failing that, on a bush walk. “You can turn that into a tea, you can blanch the leaves and blend it into a dressing or a pesto; there are so many different things you can do,” says Monique.

Others, however, are downright tricky. Kahawai cured in manono, for example – who has the time or skill to forage for manono? However, to complain that your local store doesn’t stock this bay leaf-like plant, nor mamaku tree fern, nor horopito is to miss the point of Hiakai. It’s not an ‘ancestral dishes in 10 minutes or less’ kind of affair. Instead it is designed to awaken our interest, pique a demand. Provoke a hunger.

The actual recipes only begin over halfway through Hiakai’s 272 pages. So what is the book doing up until page 146, you may well ask? Quite a lot actually – offering a richly detailed history and explanation of early Māori cooking and food gathering, and doing a stock take of the ingredients in nature’s food aisles, if only we know where to look. The inventory is divided into ngā tipu (plants), whenua (land) and kaimoana (seafood). It’s a strange feeling to think of all those bush walks you’ve been on, utterly oblivious to the presence of a whole menu hiding among the leaves.
“The book took two years, and lot of people said it was a long time to make a recipe book. I tried to explain it wasn’t just a recipe book. That it was a history book, a reference book, a lot of things rolled into one,” says Monique. “I knew some of the recipes would be technical and difficult, but what I hoped to do was hold people’s hands, explain where to find the ingredients, how they were traditionally used, how we use them at Hiakai. So if you see, say, pūhā at the farmers’ market or go on a walk, you have a better understanding of the ingredient and can have a play around. And at least there’s a book you can reference back to, because there hasn’t really been one that does that. It’s been ‘this is used for this medicine’, which is great – but it’s like, ‘yes, but can you cook with it?”

So Hiakai is an important milestone. But if we are to arrive at a place where we feel as comfortable ‘playing with’ indigenous ingredients as we do Indian spices or Thai herbs, tradition may need a helping hand. Would Monique welcome local producers commercially making some of the harder-to-find foods?

“Totally. That would make things easier for us too. There are some weeks where the rain is heavy so you can’t go out foraging, so what do you do? Luckily some companies have started selling things like kareau (supplejack vine), which is great. But there has to be a demand. That was another hope of the book, that as more people are using these ingredients there is more justification to invest in commercialising them. Then we’d see indigenous ingredients coming to the fore a bit more.” 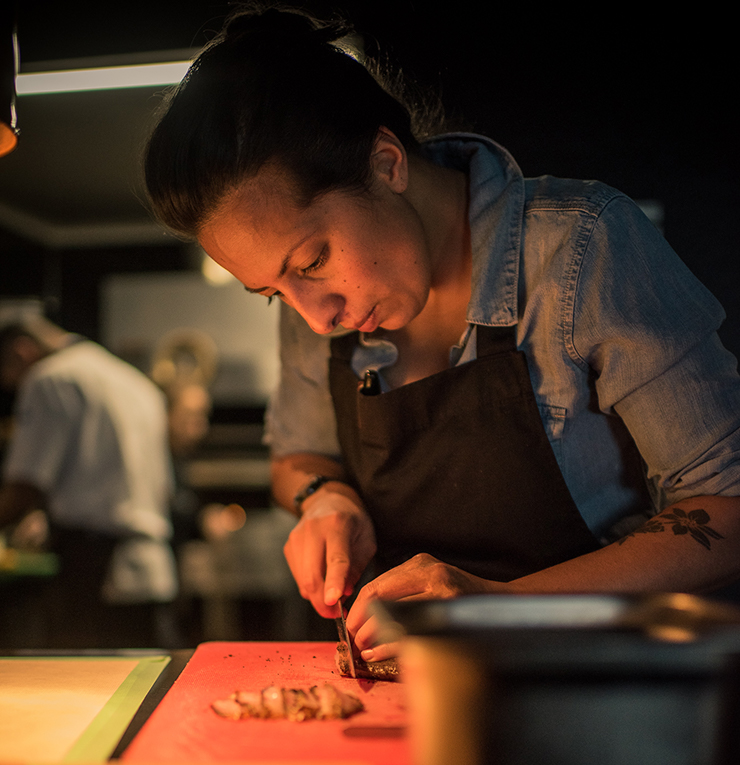 Monique is pushing the boundaries of Maori cuisine

You might argue that honouring our native bounty, celebrating the traditions of the first people to live off this land, was always ethically, morally and spiritually the right thing to do. But now there’s an added impetus: one of logic. With that toxic duo, Covid and climate change, breathing down our necks, delving deep into our unique and rich reserves has never made more sense. “With Covid, a lot of our friends who had restaurants specialising in particular ingredients weren’t getting their stuff into the country. We weren’t affected too much, and it’s something to think about for the future. Is it good to have your restaurant based on a cuisine that is thousands of miles away or is it smarter to have one based on a cuisine that’s in this country?”

And then the big question. Where is the fine line between embracing a cuisine and colonising it? ‘Playing with it’ so that it becomes a caricature?
“Everyone is entitled to cook and express themselves with these ingredients, but there are certain protocols, for example with foraging, that need to be followed,” says Monique. “We’re very conscious of it at Hiakai. We understand it’s a privilege to work with these ingredients and tell these stories. For example, we are in the middle of a new development (I’ll get killed if I say what the next menu story is! It’s a Māori creation story is all I’ll say). One of the courses is to do with te ao mārama [coming into the light], the beginnings of the earth; so we read different references, then speak with those who have better knowledge than us, to make sure we are doing things respectfully.

“If there are others who want to take the same route as us, that’s awesome, the more the merrier. But don’t just jump in and pick the parts you like and not pay respect to the rest. It’s an important part of te ao Māori; it’s not just the ingredients, but a whole circle.”