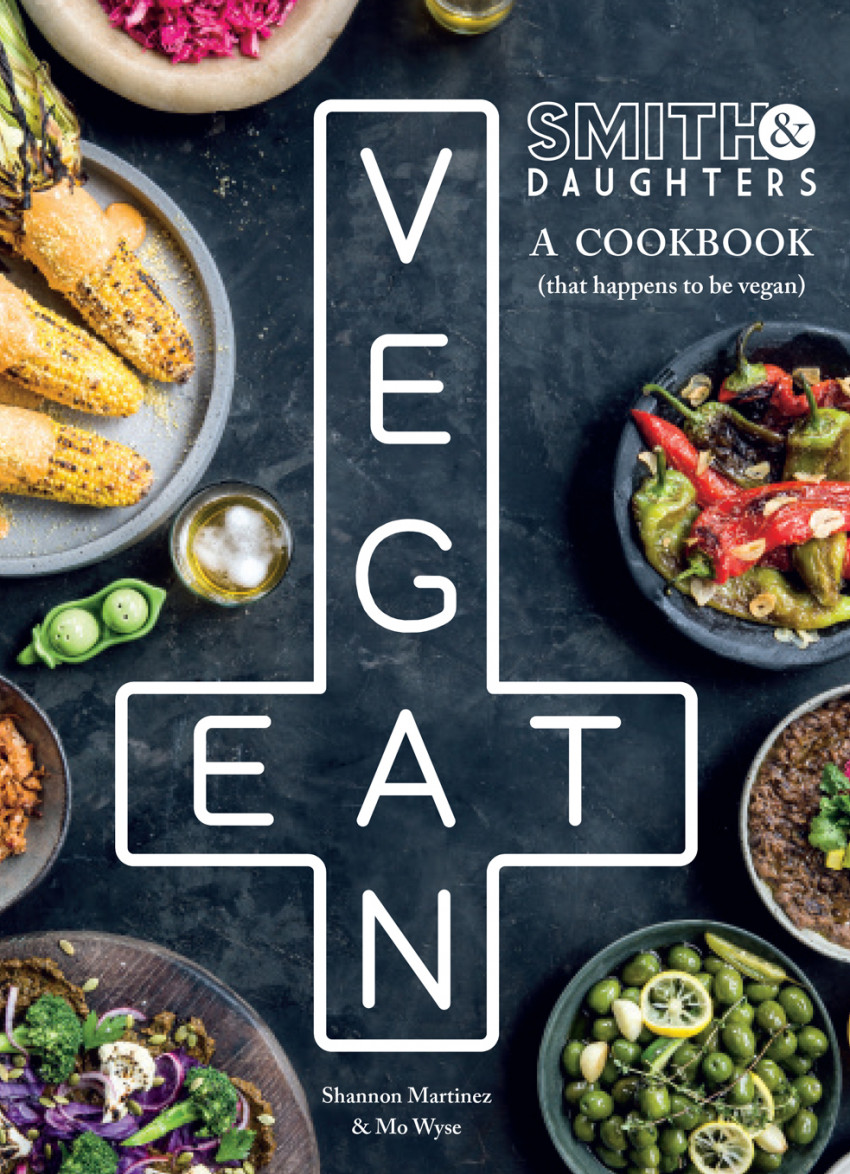 Here, David Parker tries his hand at a cookbook that just so happens to be vegan.

Smith & Daughters: A Cookbook is a collection of recipes by Shannon Martinez and Mo Wyse, the pair behind the popular Melbourne restaurant of the same name.

The food is predominantly Latin-inspired cuisine. Head Chef Shannon is not a vegan and maybe that has something to do with their ethos towards cooking vegan and the addendum in their title “A Cookbook (that happens to be vegan)”. You've probably eaten lots of things that are entirely vegan without even realising it – you're just eating food, that happens to be vegan.

I requested this book for review because I wanted an excuse to have my vegan friends over for dinner, turns out, they've all visited Smith & Daughters and gave it rave reviews. But I received the book with a strange caveat: "Some of the recipes have butter or chicken stock in them..." and upon flicking through the book, some of the recipes did mention non-vegan products, products that could be easily replaced in a recipe list with vegan alternatives.

As one of my vegan friends is half Peruvian, I decided it was only fitting to try the Peruvian Pasta Bake Sopa Seca and I couldn't resist the Jalapeño and Corn Fritters.

First, I made the garlic aioli to go with the jalapeño and corn fritters by blending together tofu, garlic, salt, soy milk, apple cider vinegar and dijon mustard then when they were well combined I slowly drizzled in a 50/50 mix of vegetable oil and extra virgin olive oil while still blending until all the oil had been emulsified. I was actually quite surprised at how well this worked, it certainly tasted like aioli – Success!

I also decided to make the coriander cashew cream which would be drizzled over the Sopa Seca in advance. Again it was pretty simple, I blended together some cashews that I'd soaked overnight, lemon juice, apple cider vinegar, coriander and salt until it was as smooth as I thought it'd get. I don't have an actual blender, I could've tried a stick blender but I got it fairly smooth in the food processor.

I fried in batches of 4–5 for about 6–8 minutes, I found it took a fair bit longer than the book recommended to get them cooked through but that could just be my deep fryer as I often find I can't rely on given timings implicitly.

For the Sopa Seca, I first needed to fry the pasta... yes, you did read that correctly, fry the pasta. This recipe does suggest that this is nothing like any Italian pasta dishes so I decided to do as I was told and fry the pasta, I had a lot of pasta though and it wasn't going to fit in my frying pan so I fried it in 3 or 4 batches and sure enough the pasta went turned golden brown and a little more brown in places and imparted an earthy flavour to the pasta. Interesting.

After frying all the pasta, I placed the onion, garlic, chipotles, tomatoes, ground coriander and oregano and blended into a sauce. Then I transferred the sauce into a saucepan and cooked it with bay leaves for about 10 minutes. Then I stirred in the stock, black beans and attempted to stir in the fried pasta, my saucepan was maybe a little small so I had to be very careful when breaking it up with a spoon.

After the pasta had been cooking for about 5 minutes, I could remove the bay leaves, transfer the mixture to an oven proof dish, cover it with tin foil and bake for 20 minutes.

When it was ready, I drizzled over the coriander cashew cream and sprinkled it with fresh coriander.

To be honest, I was a little doubtful about how these dishes would turn out but I was really pleasantly surprised. The Sopa Seca was really delicious and not at all weird, definitely not like an Italian pasta dish but quite hearty a little spice, earthy-ness of the beans and the pasta and then the cashew cream kept it light and interesting.

I served it with a simple green salad and the pan fried peppers with crispy garlic also from the book and I think everyone was really happy. I may have sold a couple of copies of the book that night.

I might have to steal the jalapeño and corn fritter recipe and go into business as a food truck, serving only that. I doubled the recipe and we ate through it all as a starter between five of us. If I had more, we would've eaten a lot more. And to think they were, well, vegan.