BROUGHT TO YOU BY Cook & Nelson

The Great New Zealand Toastie Takeover, the nation’s premier toasted sandwich contest, is back for a fifth year and ready to titillate taste buds right around the country.

The popular competition has been steadily gaining momentum, with last year’s contest attracting more than 120 entries and serving up an incredible 80,000 gourmet toasties. But those numbers have taken off for 2022, with 185 venues participating from Waitangi in the north to Lumsden in the south – an increase of 53% on last year.

This year’s entries are a mix of iconic eateries and local gems, made up of bars, restaurants, cafes, a boutique hotel, an iconic cinema, breweries, food trucks, hole-in-the-wall serveries, a winery and even an RSA. Other unique entrant locations include a bowling alley, salmon farm, destination cheese store, and the Bluebridge Cook Strait ferry.

The competition rules remain the same as previous years. Each toastie must be sandwiched between two slices of bread and able to be eaten by hand if necessary. The toasted sandwich must also contain cheese (or an acceptable vegan substitute) and pickles from the McClure’s Pickles range. Everything else is up to the toastie maker’s imagination – and those imaginations have certainly been in overdrive this year. 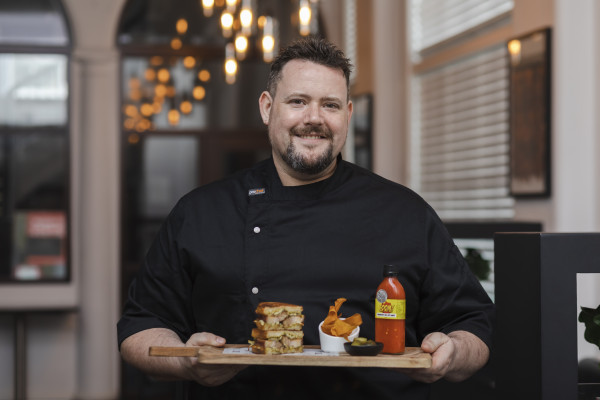 A wide array of ingredients can be found across the entries in 2022, including brisket, bacon hock, buttermilk chicken, beer-poached beef, lamb chops, and venison mince, while entrants have been equally adventurous with their toastie condiments – think homemade feijoa BBQ sauce, peanut butter, caramelised banana, confit beetroot, and the quintessential Kiwi onion dip.

The trend towards vegetarian or plant-based entrants also continues, with 15 vegetarian and six vegan entries, with ingredients like vegan black pudding, plant ‘pastrami’, and cauliflower and facon bits on the menu. A keto toasted sandwich entry has also made the cut this year.

With Easter and the school holidays looming, it’s the perfect time for Kiwis to hit the road and check out a few of the entries, with a list of the competing eateries and a description of their toasted sandwich creations available at toastietakeover.com

Last year’s Great NZ Toastie Takeover was won by Steve MacDougall from Mollies in Blenheim with his Mo Jo Pork Cuban with a Twist. With slow roasted pork belly, provolone, chimichurri, American mustard, McClure's Pickles, and apple chilli gel slathered between toasted sourdough and served with kumara crisps, the sandwich was a true standout for customers and the competition judges. Judging begins tomorrow (Wednesday, April 13), with the 12 finalists from each of the six competition regions revealed on June 22. The supreme winner will be revealed on July 27.

A group of approximately 30 judges overseen by head judge Kerry Tyack will be casting their eyes (and taste buds) over this year’s entries. Judging will be split into the following six regions: Auckland/Northland; Waikato/Bay of Plenty; Central North Island; Wellington/Lower North Island; Upper South Island (including Christchurch and West Coast); and Lower South Island.

Each toastie will be scored on a set criteria, including presentation, effectiveness of preparation technique, eatability, taste, innovation, and originality. The competition’s grand toastmaster and McClure’s Pickles founder, Detroit based Joe McClure, will then visit the finalists to sample the entries and liaise with Tyack to determine New Zealand’s top toastie for 2022. 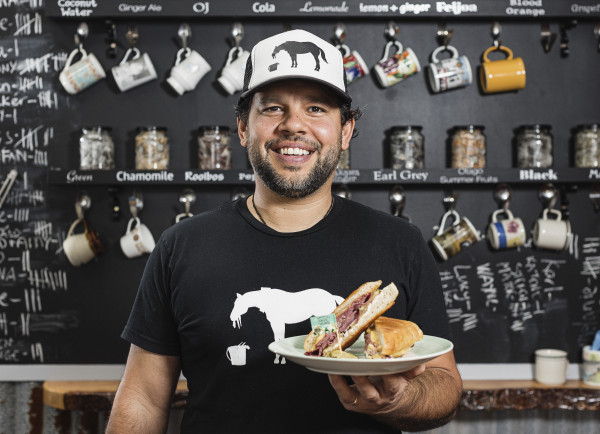 McClure says he’s humbled by the number of entries, especially given the tough couple of years the hospitality industry has faced.

“What an incredible list of entries - I’m blown away by the sheer number and the quality of the entrants, as well as the time that has gone into developing some innovative and incredible sounding toasted sandwiches. Covid-related restrictions permitting, I’m really looking forward to returning to one of my favourite countries to judge the top toasties in June.”

The supreme winner will walk away with a year’s worth of pickles, more dine-in vouchers, a toastie trophy and, most importantly, bragging rights to the best toasted sandwich in the country.

A list of participating venues by region can be found below:

The Fox, A London Pub, CBD

Bird on a Wire, Hamilton