The South Island is once again home to the country’s tastiest toasted sandwich with a relatively new Blenheim eatery taking top honours in the Great NZ Toastie Takeover.

MacDougall’s win marks the third in a row for South Island eateries, with Joseph Walker from the Hokitika Sandwich Company taking the title in 2019 and Romeo Dowling Mitchell from Dunedin’s Hungry Hobos winning in 2020.

MacDougall has previously made the finals of the Great NZ Toastie Takeover while working for Blenheim’s Vines Village Café in 2019 - and his win this year follows a particularly tough 2020 for the chef. He was made redundant when the Covid pandemic forced the temporary closure of the café and then spent nine months at home looking after his young son before taking on the head chef role at Mollies in December.

MacDougall says he was determined to give the Great NZ Toastie Takeover another crack after coming so close to a win in 2019.

“Falling at that last hurdle always bugged me, so it was my mission to re-enter the competition, not only to win but because I love the pickles,” he says. 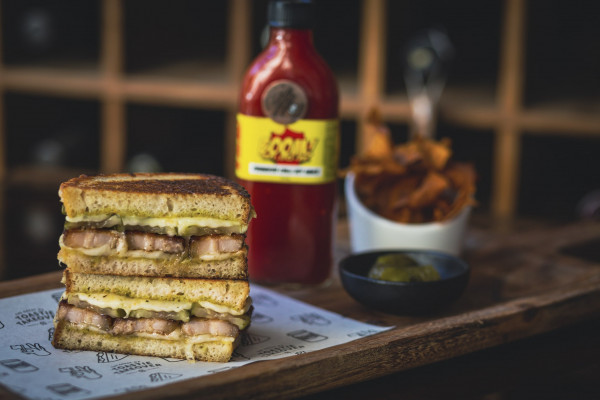 “I am honoured, overjoyed and overwhelmed to have won this time around. My 2019 entry [a slow roasted duck toastie] wasn’t for everyone, so this year I tried to please as many as possible with a combination of flavours. I based the whole thing on the classic ham and cheese toastie but took it to a whole new level.

“There were the McClure’s pickles and the slow cooked pork belly where the marinade was turned into a sauce that was also added to the toastie. I wanted to hit all the flavour notes in the sandwich - sweet, spicy, heat, sour and savoury. Crunch and texture and temperature were all considerations, too. It really was a labour of love.”

“Pulled pork, smoky beef, salmon, venison, fried chicken, tofu, ciabatta, sourdough and rye – they all found their way into the hands of toastie lovers this year. It really was so difficult to choose a winner,” he says.

“In the end it came down to which toastie impressed most across all criteria. Mollies nailed it. They delivered a perfectly presented stack, comprising expertly toasted bread and a generous portion of pork, with apple, pickle, mustard and cheese adding interest and texture. 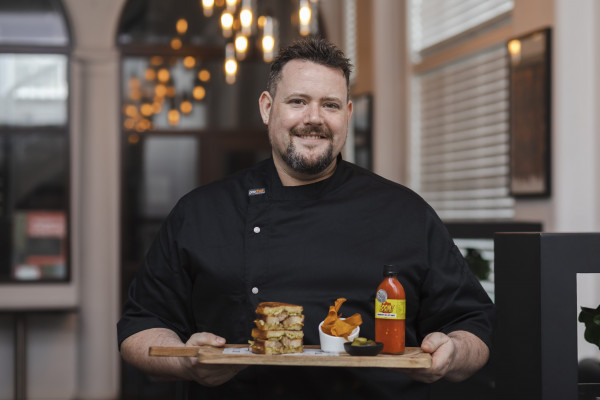 “It was a well-orchestrated and harmonious partnership that felt like comfort food through and through. The extensive use of house made components was impressive and the locally made hot sauce was to die for. Judicious use of two variants of McClure’s pickles sealed the deal.”

The competition attracted more than 120 entries nationwide and saw more than 80,000 toasties served up over the duration.

Co-owner and founder of McClure’s Pickles Joe McClure was unable to be in New Zealand again this year for judging but was involved in the process every step of the way and offered his congratulations to Mollies and MacDougall for the win and to all of the finalists.

“I have heard the feedback from the judges and there’s no doubt that Kiwis know how to make a great toasted sandwich,” he says.

It was clear to them that consideration had been given to the role of each ingredient and how it would contribute to the overall enjoyment of the toastie and in particular the mouthfeel, ensuring the ingredients complemented and also contrasted”.

The Great NZ Toastie Takeover competition criteria required sandwiches to be toasted between two slices of bread and able to be eaten by hand. The toasties also needed to contain cheese and McClure’s pickles, with all the other ingredients entirely up to the entrant’s imagination. 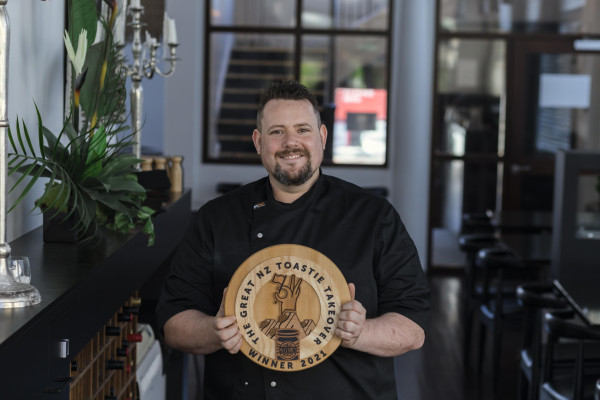 Twelve finalists were selected from the 120 entrants and were all judged on the same criteria, including presentation, effectiveness of preparation technique, eatability, taste, innovation and originality.

Steve MacDougall and Mollies Bar & Eatery now have bragging rights to the top toastie award by way of bespoke Rikki Berger* trophy, a year’s worth of McClure’s Pickles, and $500 in vouchers to give away to customers. The toasted sandwich remains on the menu Tuesday to Saturday from 4:00pm onwards, until the end of August.

For more information about the Great New Zealand Toastie Takeover, check out www.toastietakeover.com