Gouda has long-reigned as the judges' favourite come cheese award season. So what is it about this traditionally made cheese that never ceases to impress?

Since 1994, when the Cheese Awards first started, a gouda – made by Mahoe, Mercer or Meyer – has always been among the top award winners, if not Supreme Champion.

All three companies are owned by Dutch families who make gouda using a recipe that has remained virtually unchanged since before the 15th century. And it is the adherence to this recipe that has ensured their cheeses dominate the awards, each and every year.

So, what is it about these traditionally made gouda that make them the judges' favourite?

Firstly, like all traditional hard cheeses, gouda can be consumed at various stages of its life cycle, so appeals to a wider range of cheese-lovers. Young gouda has a supple elastic texture and sweet, buttery taste, ideal for those who love cheese at breakfast.

Mature gouda has lot more moisture, so is firmer with a more savoury, nutty flavour. Vintage gouda, aged for around 18 to 24 months, has a grainy and brittle texture, similar to a parmesan, with an intense, savoury, grilled cheese taste and a mouth-watering tingle, all the while retaining its underlying sweet notes and that hint of pineapple.

Gouda's distinctive texture and nutty flavour lend itself to being flavoured, something that the Dutch cheesemakers discovered in the late 1600s. When explorers returned from the Dutch East Indies with exotic spices, gouda received a well-earned update. Ever since, it has been spiced with cumin, caraway, peppercorns and even cloves. You'd be forgiven for thinking a careless cheesemaker had tossed a handful of rusty nails into the curd.

Smoked cheese, a flavour now beloved by many, came about by accident when hard cheeses that were stored in the rafters above the open fires, gradually absorbed the smoke, resulting in a smoky and unique taste.

For the gouda community, these cheese-making families are passionate about the cheese they make – after all, it’s not just a business, it’s a way of life. They are committed to an ancient tradition that recognises it's all in the combination of the soil, the grazing, the breed of the animal and the focus on quality, that makes a truly great artisan cheese.

The Meyer Smoked Goat Gouda that won the Champion of Champions Award (Commercial) was made using milk from a nearby herd and smoked locally. Supple like the classic cow's milk version with a strong smoky flavour and subtle aromatic notes from the goat’s milk with hints of almonds or marzipan on the finish. The duo behind this beautiful cheese – Ben and Fieke Meyer – moved to New Zealand in 1984 and set up their dairy farm near Hamilton. Nowadays, Miel Meyer and brother Geert have taken over the family farm and cheese-making, following in their parents' footsteps and respecting the age-old family tradition that quality comes first.

The artisan Champion of Champions Award was won by the Meyers near neighbours, Albert and Ineke Alferink, whose iconic shop at Mercer has been a mecca for cheese-lovers since 1981. This year’s winner is a gouda made using a combination of the milk of the Waikato cows with the thicker, richer, sweeter ewe's milk. The result – a delicious cheese with crunchy, calcium calcite crystals and a sweetness reminiscent of roasted onions and fresh hints of pineapple.

It remains as true as ever, that if you're after a great cheese, you can’t go past a gouda made by one of these great Kiwi cheese-making families. 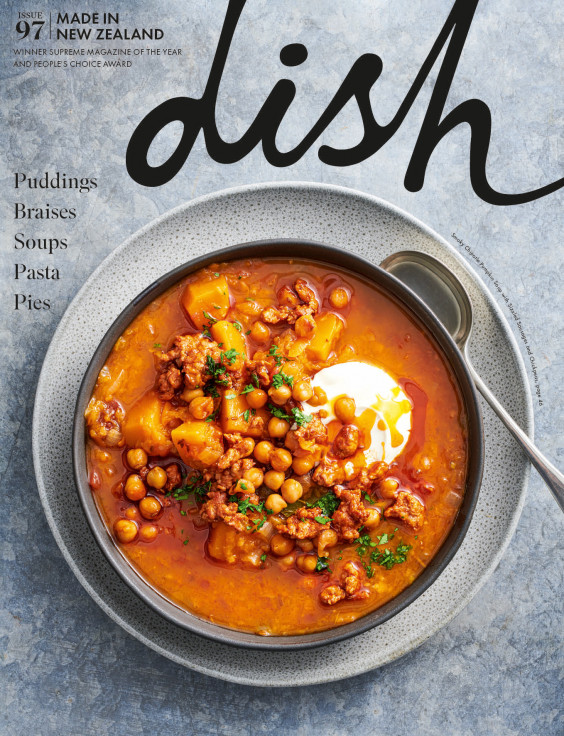