BROUGHT TO YOU BY ViaVio

Two enterprising Romans are on a mission to introduce Kiwis to the delights of specialty Italian Cheese.

When native Romans Flavia Spena and Flavio Donati moved to New Zealand in 2017, they missed their friends, their family – and mozzarella. “We eat mozzarella almost every day in Italy,” says Flavia. “We were really missing it in New Zealand. You can find a few products calling themselves mozzarella in the supermarket here, but they’re not the real thing. We missed really good mozzarella.”

So former executive Flavia and former professional rugby player Flavio decided to start their own cheese factory, settling in Nelson, where they had found both a cheese factory for sale and a local farmer producing A2 milk. They’ve been making their award-winning range of cheeses ever since. 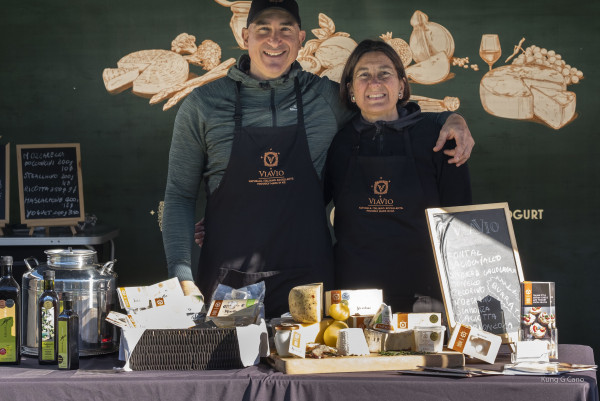 ViaVio brought a cheesemaker over from Italy, where artisanal cheesemaking has a long tradition. “Making artisanal cheese that you make with your hands and with natural milk, not milk coming from a factory… you really need the years of experience,” says Flavia. “The cheesemaker we have now has been making cheese in Italy for 25 years and he started when he was 16. [Flavio and I] never considered making the cheese ourselves – usually in Italy you are born into families that have made cheese for generations.”

ViaVio uses the supplier it’s had since the beginning, Oaklands Farm, which produces fully traceable, high-quality, A2-tested cows’ milk. The milk is not only rich, creamy and locally produced, it also contains A2 protein, which is gentler on the stomach, especially for those with a dairy intolerance. Using the milk, ViaVio produces a range of fresh and aged cheeses, from classics like burrata and gorgonzola to the less widely known scamorza (a dried, intensely flavoured mozzarella) and caciocavallo (a hard, pear-shaped cheese with earthy undertones). 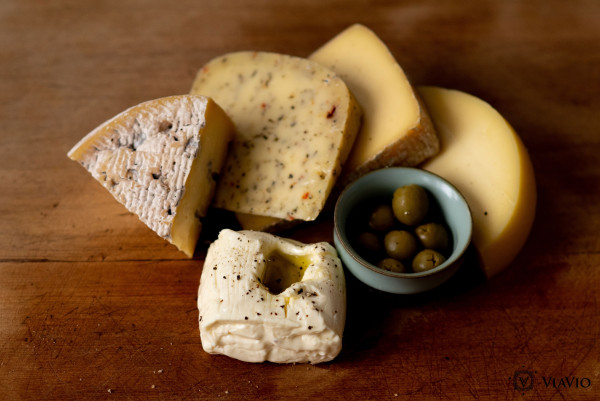 “Italy has more than 1,000 different types of cheese,” says Flavia. “New Zealand has probably 60 or 70 types. When we came here, we realised that New Zealand doesn’t have a huge variety of cheese, especially Italian cheese, and we thought it was a good idea to change that.”

Flavia hopes Kiwis will embrace Italian cheeses they’re less familiar with, such as stracchino, a tangy fresh cheese that can be spread on bread. “It’s amazing,” she says. “It’s sort of yoghurtised. People say it’s like cream cheese – but even though you can use it like cream cheese, it’s not, it’s a real cheese. It’s a good match with smoked salmon and sundried tomatoes. And you can cook with it!” 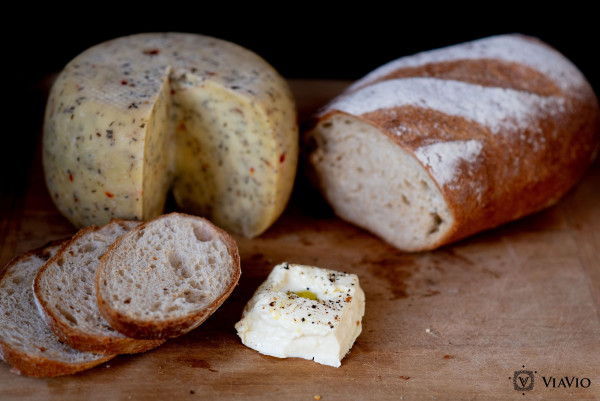 ViaVio supplies restaurants, specialty food stores and a limited number of supermarkets across the country. “In Italy, there is a tradition of selling food in small shops and markets, selling cheese daily, cutting the cheese in front of the customer. So they have a different exhibition channel – in New Zealand, even artisanal food is pre-packed and sold almost exclusively via supermarkets,” Flavia explains. “Our product is artisanal and handmade, but we have to try to fit in a space that’s more designed for cheap industrial products. We mostly supply restaurants, sell at the local markets and recently started our online shop.”

Despite the challenges of marketing and selling an artisanal product, ViaVio has garnered significant acclaim – scooping three gold awards at this year’s Food Producer Awards (for their mascarpone, sheep’s milk pecorino and A2 milk yoghurt) and another three gold awards at the NZ Champions of Cheese Awards 2021 (for their bocconcini, caciocavallo and sheep’s milk pecorino). But don’t expect the company to rest on its laurels. ViaVio has plans to expand its space in the next year or so – meaning more cheese for a growing fanbase. Long term, ViaVio has even bigger ideas: creating a recognisably New Zealand brand for export. “New Zealand exports a lot of dairy products – things like milk powder or butter, which might be excellent but aren’t recognisably ‘New Zealand’ products,” says Flavia. “But with the quality of milk here, we should have a brand that can be recognisable.”

ViaVio was explicitly set up to be “export-friendly”– its name, a melding of Flavia and Flavio’s names, is intended to catch the eye and invoke European traditions, while the four stars of its logo call to mind the Southern Cross on New Zealand’s flag. Exporting dairy products from New Zealand is a particularly complicated process. “But you never know,” says Flavia. “Long term, it could happen. We would love to create a New Zealand brand recognised as a high-quality product overseas.”

To find your local ViaVio stockist or to shop online visit viavio.co.nz