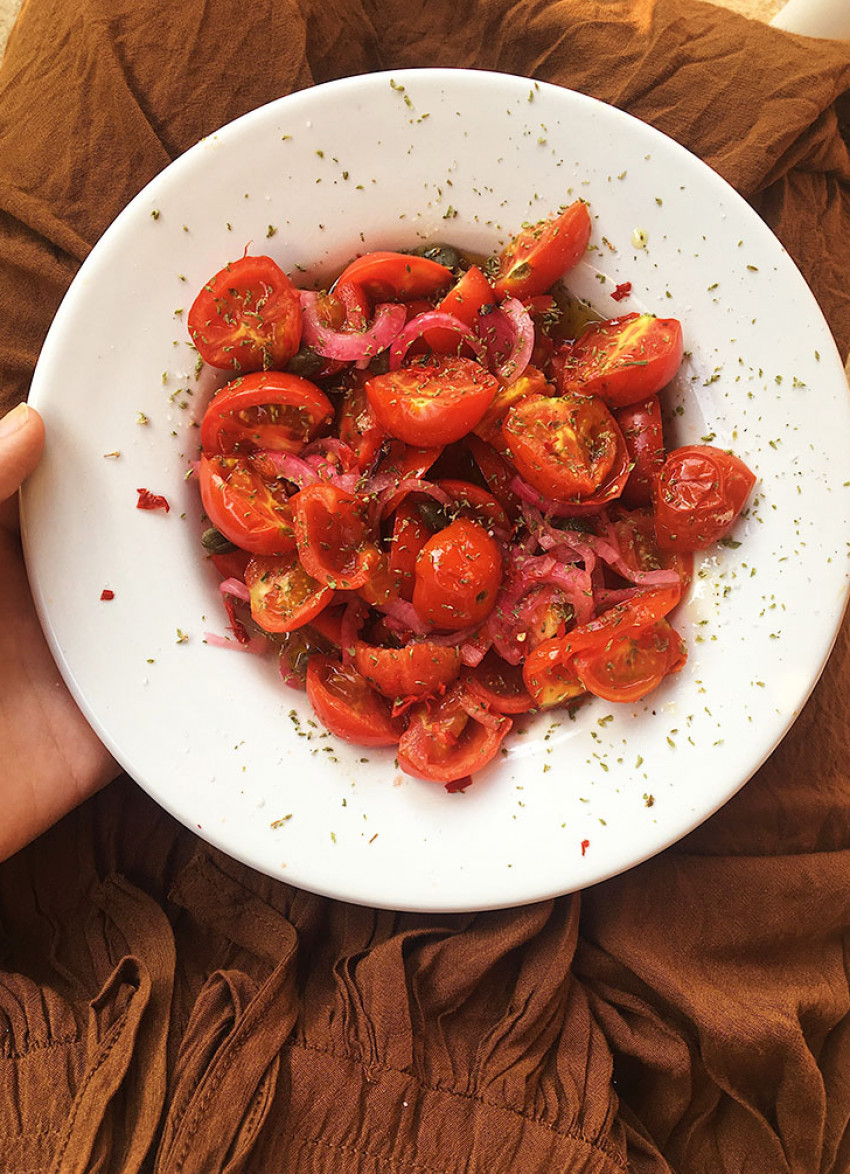 Last year, we embarked on a three month journey of eating, drinking, cooking and camping our way around Italy. This was a learning journey, and one which we hoped would ultimately take us to the heart of Italian cuisine, pulsing with history, passion and plenty of gluten.

When you embark on the ultimate Italian escape, one thing you don't expect to discover, after three indulgent months of eating, drinking, cooking and camping your way around Italy, is that there  is no such thing as Italian cuisine.

Instead, there are actually 20 different Italian cuisines, each as vast as the dialect, each informed by the 20 regions of Italy and each just as exciting and inspiring as the next.

I could probably write a thesis on our top 100, but to keep it simple (and to the word count) I've curated our favourite recommendations, rounding up the five essential things to eat – and where to find them – should you ever find yourself hungry in Italy. Buon appetito!

1. Wander through La Vucciria market and buy a pane e panelle in Palermo, Sicily
A handful of piping hot, deep-fried chickpea flour fritters (panelle) stuffed into a perfectly crusty bun (pane) with plenty of salt, pepper and an occasional squeeze of lemon or lime is arguably the most achingly simple and highly-addictive street foods to have ever existed. Available at most casual food joints in Palermo, Sicily’s capital, we found our favourite at the ancient open-air La Vucciria Market at two euro a pop.

We've been in Sicily a week now and every day we've had one of these babies - pane e panelle - which is simply a crusty bun, sometimes with sesame seeds and sometimes plain, filled with piping hot deep fried chickpea flour fritters (panelle) and plenty of salt and pepper. If you're lucky you might get a squeeze of lemon or lime but either way, they're so good and never over €2 a pop. Panelle are said to have originated during the Arab rule of the island around 9th-11th centuries. These days they're a street food staple here and can be bought in a bun like this or eaten on their own. Just another example of the simple, delicious and culturally diverse Sicilian food which has us in a trance. Sorry for giant caption, very excited about everything 👀👀

2. Call into Gelateria dei Gracchi for a toasted almond and orange gelato in Rome
A popular stop thanks to one of Anthony Bourdain’s Layover episodes, gelato from Gelateria dei Gracchi is well worth the hype, while remaining humble and authentic, despite its status. The toasted almond and orange gelato is a must-try and sits perfectly alongside an additional scoop of dark chocolate. When in Rome…

3. Scoop up a sfincione on your way to the beach in Scopello, Sicily
Sfincione is Sicily’s soft, spongy and oily-but-not-dripping-with-grease slice of pizza bread. Topped with tomato, onion, oregano and a very generous swig of olive oil, this focaccia-like specialty is usually found in and around Palermo and Trapani in Sicily. We found our favourite version at a little bakery called Panificio di Stabile e Anselmo in the town of Scopello, near Trapani.

A perfect piece of hot, oily and spongey sficione fresh from the wood oven in Scopello. Sficione is a Sicilian speciality - a focaccia like bread topped with tomato, soft onions and plenty of olive oil as you can see by the wrapping which is rapidly becoming translucent 👀

4. Nibble on Taralli Pugliese with a glass of red in Ceglie Messapica, Puglia
Similar to a chunky pretzel studded with fennel seeds and often other good things (cracked black pepper, chilli flakes, cinnamon..) Taralli Pugliese is one of many very moreish features of the heel of Italy’s boot. Made only of the good things in life – flour, salt, wine and olive oil – and boiled and baked like a bagel, these are found in markets and shops all over Puglia and are perfect with a wine, beer or coffee. We found our favourites at the Ceglie Messapica markets in Puglia and based our own recipe off these.

Rustic little taralli biscuits fresh from the oven. We were addicted to these in Puglia and have since been making them to get our fix. They're boiled and baked like a bagel and are made with olive oil, wine, salt, flour and flavourings like cracked pepper or fennel seeds. So good with a glass of 🍷or a cup of ☕️. Happy to share the recipe if anyone wants it!

5. Sit and sip a glass of something delicious at Le Volpie e L’Uva wine bar in Florence
Recommended to us by the wonderful Emiko Davies, Le Volpie e L’uva is an absolute must-visit. Nestled on a side street just metres away from some of the most popular spots in Florence, Le Volpie e L’uva offers beautiful boutique and bio-dynamic wines as well as some seriously good snacking options – we’d recommend washing down a crostone with tomatoes, Asiago cheese and olives with a chilled glass of Tuscan viognier.

For more deliciousness, follow Jane and Will over on The Next Meal.