Just as Diva Giles and Logan Birch had opened the doors of Beau, Wine Bar, lockdown struck and their brand-new Three Lamps eatery was put in limbo. Now, they're out on the other side and the outlook is sunny! We chatted to the pair about supporting local, Xi'an Food Bar's noodles and Taika Waititi...

Congratulations on the successful (re)opening of Beau post lockdown, and thanks for taking the time to chat:
We can’t get enough of your Freaky Chicken – and love the name – does that hark back to Freaky Café, and how did the name come about? And Beau?

The fried chicken was a favorite from our little lunch bar, Freaky, so we had to have it on the menu at Beau.
Divas niece Portia named both Beau and Freaky. We like to think of her as our creative director. When she was 2 years old we asked her what we should name our coffee shop and she said Freaky: we loved it and went with it. It was pretty much exactly the same with Beau, although her preference was Beau-Fluffy, we decided to meet her in the middle on that one.

We’re loving the ‘support local’ campaigns around at the moment – what is your favourite thing about being in Ponsonby?
We both started our careers at Prego, just a few blocks down the road so it feels like coming home. There's such a great local vibe in Three Lamps and getting to know people in the area since we began renovating to opening has been a joy. While we were setting back up after lockdown we had so many people stopping by to check how we were doing, saying that they had been thinking about us and worrying about us. Many of those people had been in before but many had not yet. We’d been really nervous because there's so many great bars and restaurants who have been doing this a lot longer than us so each time someone said they had thought about us it warmed our hearts and made it feel a bit less scary. 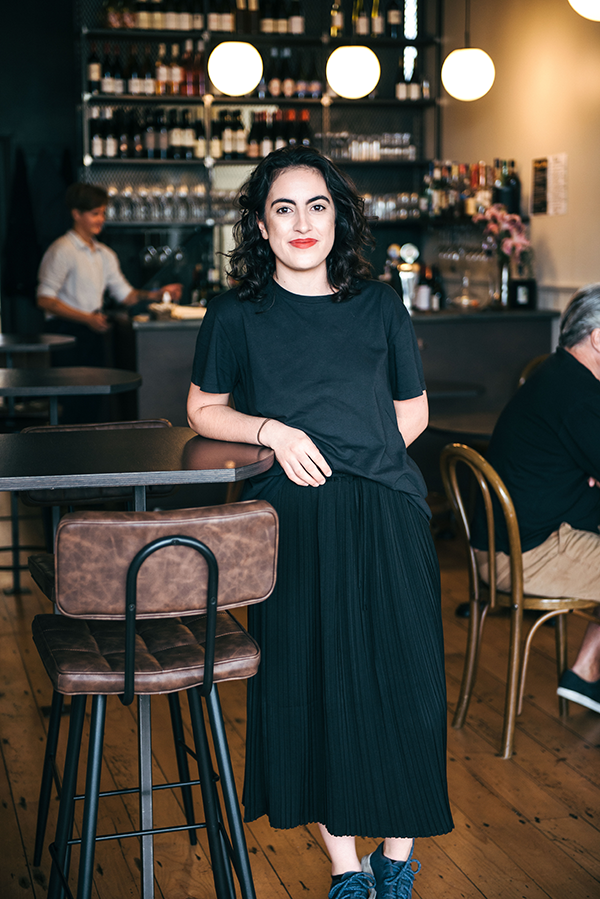 Who would you most like to have the opportunity to cook for?
We couldn’t decide on one but a unanimous answer from the team was Taika Waititi and Tom Scott (Homebrew) maybe they could come in together.  You’d catch us all trying to play it really cool but failing miserably.

The one thing you always have in your fridge/s?
Always lots of butter

If you could impart one piece of entertaining knowledge to everyone, what would it be? And how do you like to get the party vibe going!?
To get the party vibe going we love mood lighting, music and a warm, friendly energy from our team. The most important part of entertaining to us as hosts is our vibe and energy, everything else is an added bonus but how the hosts are feeling and behaving is most impactful.

Your go-to dinner party dish?
Tuna Ceviche has been our go-to for a long time now.  We love it so much we put it on the menu at Beau. It’s delicious.

Who are your food heroes?
This is an easy answer: Richard Falk! He was our head chef at The Dairy in London. He taught both of us so much about food and hospitality but also about being a great person and manager. A huge part of why we’re doing this is because of him.

What music do you like to listen to while in the kitchen?
It’s a wild ride of genres ranging from country rock to drum and bass with the occasional national programme interview filling in the spots. We try to be entertained and educated.

Biggest kitchen disaster?
On the opening night at Beau there were multiple power cuts in Three Lamps which meant the kitchen felt like a bit of a disaster zone. We had to change the menu last minute, weren’t able to make any trial dishes and open 2 hours later than planned. There were a few tears and raised voices but lots of laughter. 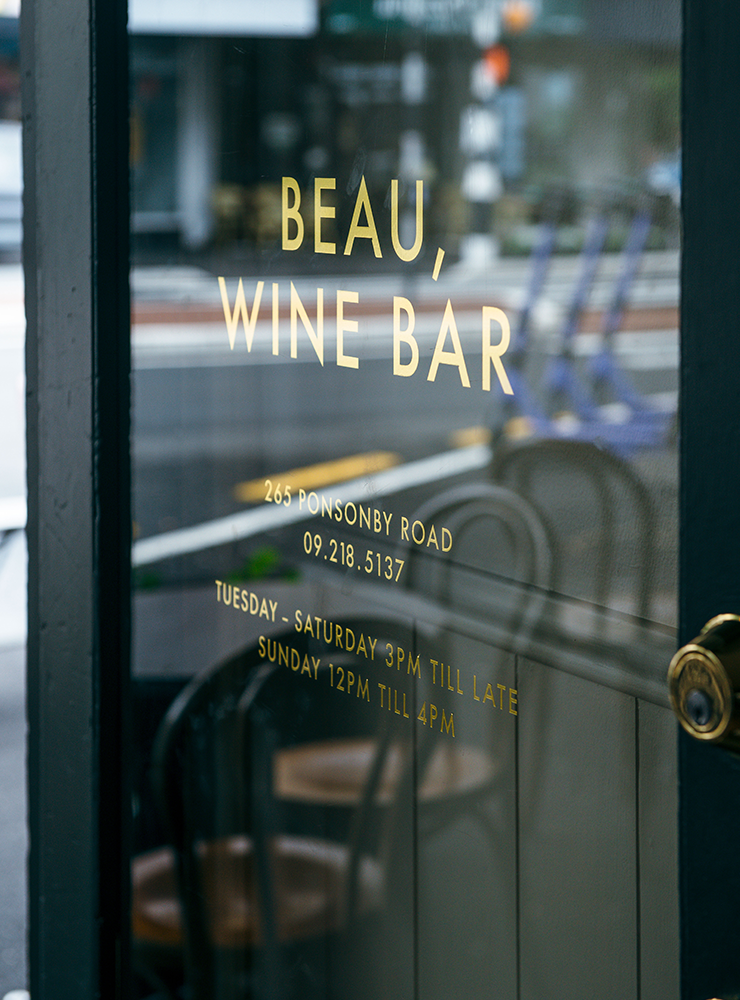 Your guilty pleasure?
Noodles from Xi'An Food Bar, can never go past them.

Your favourite current dish on the menu?
Oh we have to think hard about that! At the moment we’re loving the Jerusalem Artichoke with Hazelnut Creme and Endive which is new on our menu.

The wine on your wine list you’re most excited about?
It's the season of reds so we can’t just pick one! Logan loves the Unkel Petit Verdot/Merlot, it's a fun, interesting wine. Divas favourite is the Cambridge Road Animus, it's a Martinborough Pinot Noir, but with a rare power and made with respect for nature. We’re also loving the Matane Primitivo that we’ve just added, it's flying out the door.

You are currently craving?
Our new chocolate tart dessert with creme fraiche, just had a taste of it and I want to eat 10 more.