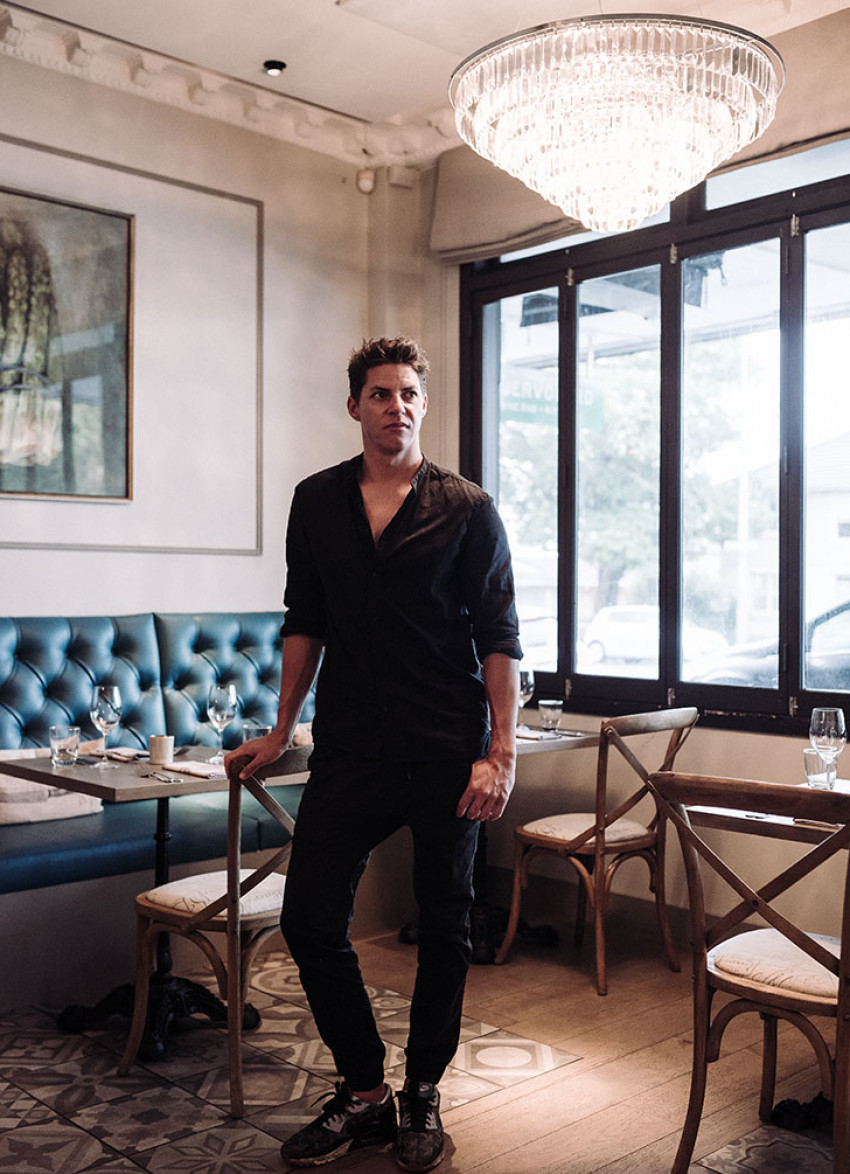 Yes, we’re tucked away at the opposite end of the world but that doesn’t mean the flavours, colours and rustic, romantic vibes of the Mediterranean are out of reach. Dish spoke to some food visionaries who are bringing some of that passionate Med magic to the New Zealand culinary landscape.

What do you love about French food?
Nick: "For me, it’s the base of all cooking. It’s the building blocks. In most cuisines around the world there’s influences of French cooking.

So, how does the Mediterranean add to this?
"It’s the ingredients that influence the cooking, which is part of my food philosophy. When you have amazing ingredients you don’t need to do a lot to them. If you’re in the French Alps, you’re going to make something a bit heavier and a little richer, whereas the Mediterranean cuisine is light and fresh, colourful and vibrant."

Is this why it’s so popular?
"Food is linked to memories. When you’re eating Med food you’re thinking of crystal clear blue water. Food is linked to emotions that take you away for a minute. In winter, when you have a heavy dish it comforts you, makes you feel warm, like you’re in your bed with your blanket wrapped around you. I feel the Med is the same. When you eat something classic, like garlic prawns, you remember the beach."

Who introduced you to this type of cuisine?
"I worked for a chef called Haru Inukai in Sydney at the Observatory Hotel. He trained under the great Joël Robuchon who was one of the best chefs. Ever. He had fundamental, classic French cooking, but he was influenced by Japanese cooking."

Is that where it all started?
"I fell in love with the French technique, even making a stock takes three days. It’s an art form and I enjoy the artistic side of the cooking."

Plus, you trained in Europe…
"I was 26 years old, working for free in Paris because it’s like a university degree – you just go and sit in the kitchen of these incredible chefs and learn what you can. My chef said to me, 'Do you want to go down to the south and earn some money?' And I was like, 'Yes please, I really do.'"

And now you own a restaurant in France?
"I struck up a good relationship with a customer who had property in Saint-Léon-sur-Vézère, in the south of France. I did a few seasons for him until I came to New Zealand, then three years ago he emailed me and said, 'Come and do what you want.'"

And Le Petit Léon was born.
"We [Nick and his fiancé Sina Henrie] travel to the Dordogne every year, and we take half the team from New Zealand and half from France. It’s a 12-week season, in a town of 50 people, but we get up to 3000 people a day there. We get Kiwis through, a lot of English, Dutch, and Germans, but we are also actually really well supported by the French."

What happens the rest of the year?
"It’s an old farmhouse. At the end of the season we put all the kitchen equipment on bricks, because the town notoriously floods during winter, and we leave it."

What is your favourite regional dish?
"The duck is next level. But, in saying that, it’s also very famous for black truffles, and at the back end of the season we have porcini mushrooms, which are everywhere. We go into the forest and pick them. But you have to make sure you pick the right ones."

How do you know?
"The local French people or a guide – but I’m not going to give any tips in case I get it wrong."

Do you go truffle hunting with dogs?
"We went hunting, on a Sunday, but the dog didn’t want to do anything. He was more, “It’s Sunday”, before rolling on his back for his belly to be scratched. The guide just looked at us like, 'Well, I’m sorry...'".

So you only use local?
"I try to, wherever I can. We use very little overseas products, but obviously there’s a few favourite French ingredients that I like to have, be it dried mushrooms, or some ingredients we don’t get here."

To learn more about Nick or meet our line-up of local Med stars, pick up a copy of our April/May issue, or follow our Med series online.