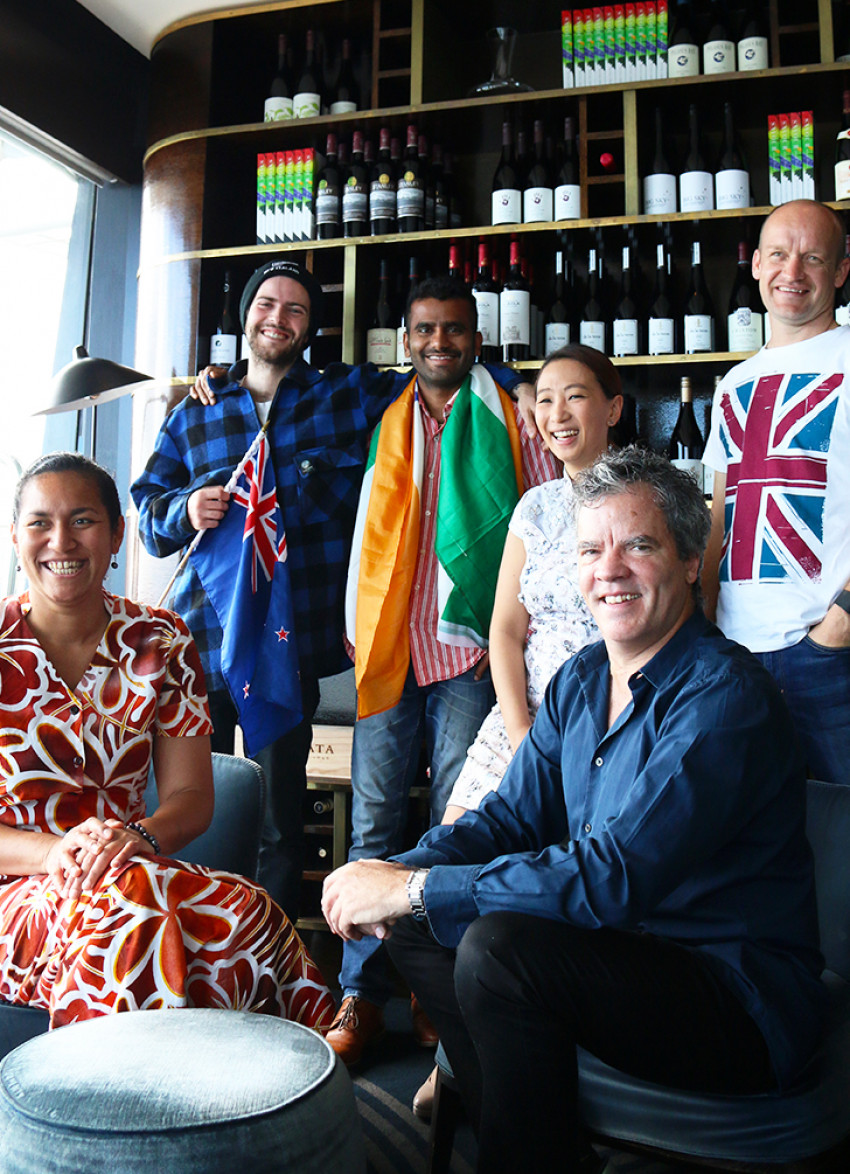 Ahead of A World in Our Kitchen, we touch base with the team at The Sugar Club, to talk family favourites and homegrown flavours.

Come Thursday, November 23rd, SKYCITY's The Sugar Club will be transformed into a gastronomic hub of global flavour.

Together with his talented team, chef Peter Gordon will host an intimate crowd for six innovative courses, each tailored by The Sugar Club's own.

The objective here is refreshingly simple – to celebrate the depth of not only talent, but diversity, within The Sugar Club kitchen.

Ahead of the event, Dish sat down with chef Peter Gordon to learn what makes The Sugar Club a truly unique dining experience.

Peter: "Each of the dishes have been given a twist – (pastry chef) Elenoa's Fijian, so we've got a dish on the menu at the moment called Yaloka Ni Vonu, a coconut dessert, it translates to turtle eggs. So she's created something really unique. Team Korea are doing a pork and seaweed dish – it's really fab. In a way, a lot of the dishes do exist (on our menu), but this is the first time we've done it like this."

"We thought, wouldn't it be great to have a celebrity chef or guest chef, but instead the chefs would all be members of our own team? The brief Neil and I gave them was to represent their own country, but remember that you do work at The Sugar Club, so you can give it a tweak, a bit of a twist. It's not the sort of dish your grandmother will immediately recognise, but she might taste it and go "oh, that reminds me... "

A few dishes we've tweaked a little bit here and there, James and Andrew (representing the Kiwis) were doing a sausage sizzle, and then created this little pig's ear dish. I asked "what has this got to do with New Zealand?". We turned it into a dry boil up... we've got the pork bones, potatoes, and we're going to mash it and serve on a kumara crisp.

Chef Eleanoa (representing Fiji) will be doing a raw fish salad, the second course, Danny's dumplings are amazing. Chef Naga (Sunkara, representing India) is doing a duck samosa with a selection of different chutneys, it's super cool. Chef Neil (Brazier, representing the UK) being the executive chef, thought "I can't do the main course" so he's doing the pre-dessert, which is a full English breakfast... I'm working with Bear who's from the Philippines, and I'm the 'fusion guy' so we're doing the dessert.

We're going to create a little component from everyone's dishes. Plus matching beverages – it's a real mash-up. What's really cool, is that everyone's really in to it. People have been coming in on their days off to finalise their dish, everyone knows it's a one-shot thing. Some of the dishes are so cool, and we've been thinking, how can we actually incorporate these on to the menu? So apart from being an event, it's given our junior chefs a chance to be a part of (recipe creation) and have something that's theirs on the menu.

It's also an opportunity to see how everything works, how we can create and tweak different dishes. We think it's really cool."

This unique dining experience is not to be missed. To secure your tickets to A World in Our Kitchen or learn more about this event, see here.