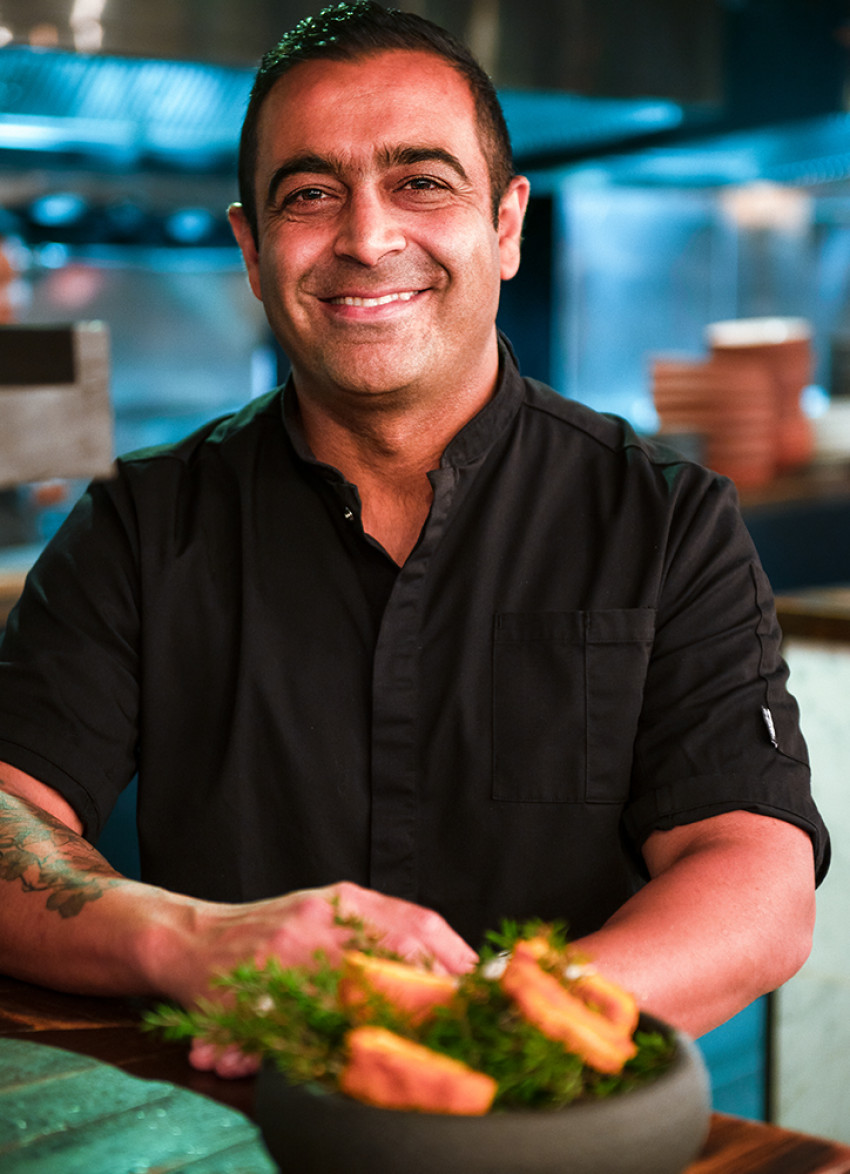 Ever since opening Sidart in 2009, Sid and his wife Chand have made their mark on Auckland’s dining scene with their contemporary spin on Indian cooking, married with fresh, seasonal New Zealand produce. This brioche pakora has appeared on Sidart’s menu, but Sid’s earliest memory of bread pakora goes right back to his childhood in the Punjab.

Sid: This dish is a bit like an Indian French toast. In India we have it as an afternoon tea snack or a light lunch/dinner. Pakora or pakoda is a traditional dish found all over India. When you use a chickpea batter to coat onion rings, potatoes, peppers, paneer, bread etc and then deep-fry them they make the same dish. In different parts of India it’s called pakora/pakoda/ bhajji or bhajjiya. The brioche with truffle is my spin on this classic recipe.

In India you have street vendors making pakoras along the roadside. I remember stopping on my way home from school as a 10- to 13-year-old and using my pocket money to buy a hot bread pakora. It came wrapped in newspaper with a dollop of spicy coriander chutney – the perfect after-school snack. On rainy days my grandmother made hot pakoras of not only bread but also potato slices and onion rings. It was the only consolation when you were stuck indoors unable to play cricket outside. I loved the smell of fried pakoras at home.

I don’t think I learned to make the dish from anyone; I remember watching my grandmother and mother making it, then my wife Chand. When we opened Cassia, we used onion pakoras as a garnish on a few dishes. Back in 2019 we had this version of bread pakora as an accompaniment to the main course at Sidart. When we evolved Sidart to progressive Indian cuisine I wanted to move from serving the usual bread course to something more Indian; I thought the bread pakora with brioche and truffle would be a great choice and came up with this. It was popular, and we’ll likely put this, or an iteration of this, on the menu again at some stage. We love to cook this at home at the weekend to serve as a light dinner when we’ve had a more substantial lunch or as a Sunday afternoon treat with the kids, who like it with tomato ketchup!