Pasta e Cuore literally means ‘pasta and heart’, both of which can be found on the restaurant menu and in the freshly made pasta for sale.

Stefania learned to cook at her mother’s side in Bologna, and when she opened her first eatery in the city in 1999, it was four generations of women who ran it; her grandmother making fresh pasta, Stefania and her mum in the kitchen, and her teen daughter waiting tables.

Stefania: Balanzoni is a dish from my hometown; it’s named after a famous fictional character, Dr Balanzone. People would don masks of him during carnival, so the dish was traditionally prepared during that time. But for me it has a different meaning. My mother was a chef at a prestigious restaurant. When there was an important event, she made balanzoni with cream and truffle paste and would put the leftovers in a little box to bring home for me and my sister, but especially me as I loved truffle. When she came home – midnight or 1am – she’d wake me and we’d go in the kitchen, where she’d heat it up. She taught me to make the dish – we made it together at my restaurant. My mother passed away a year and a half ago. I have a lot of her handwritten recipes, and from my grandmother [these are framed on Pasta e Cuore’s walls]. Does eating it remind me of her? I don’t need to eat it; just the name ‘balanzoni’, it’s my mother. It’s so evocative. 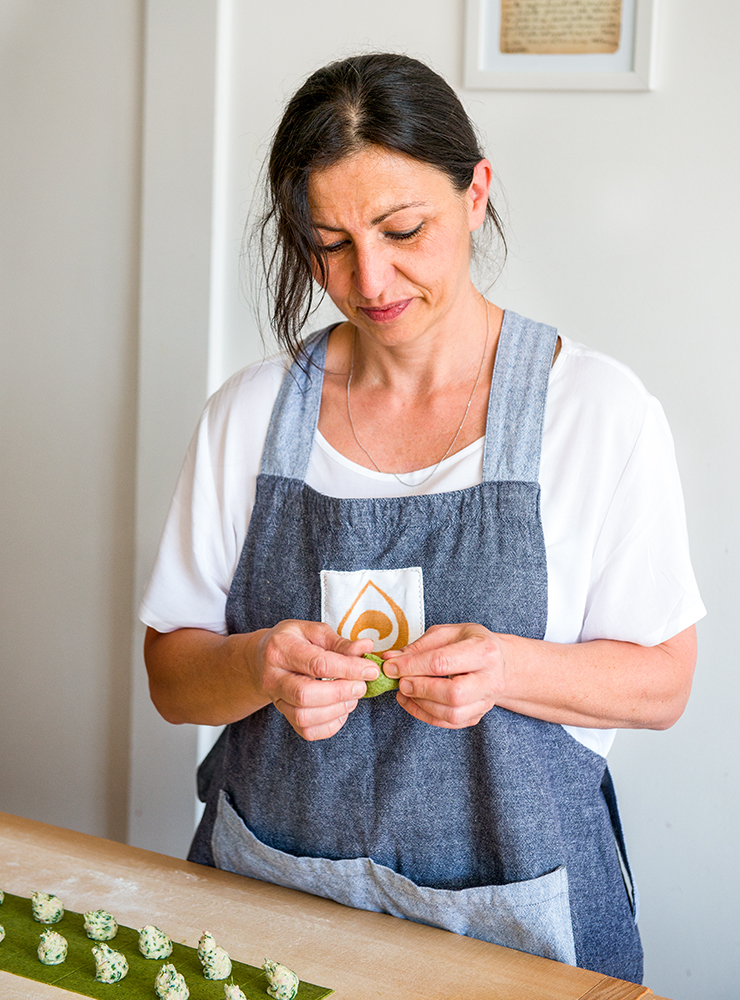