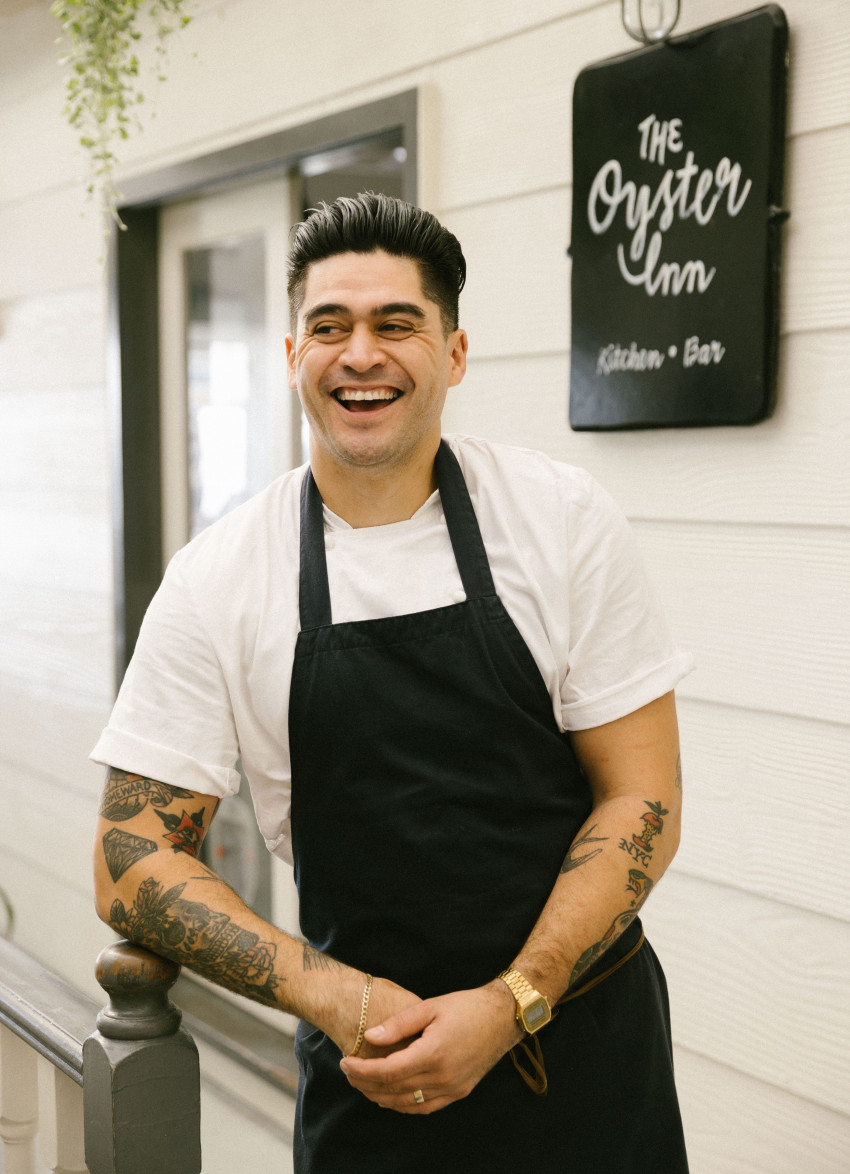 Jamie Hogg-Wharekawa's journey to becoming Head Chef of The Oyster Inn follows a familiar narrative often used in storytelling. But with a modern twist.

The arc of the hero’s journey is a story as old as time itself, it follows a young protagonist’s call to adventure and eventual crossing into lands unknown as they encounter various tests and ordeals. In time, they find their way back home - older, wiser and with a renewed sense of purpose in life. The script for Jamie Hogg-Wharekawa's story was only into its second act before Covid forced a re-write, but if you ask Jamie, you couldn’t have written a better ending.

Jamie's story began in Auckland, where he honed his craft at the highly acclaimed Rocco in Ponsonby Road, led by duo Mark Wallbank and Blair Russell, before moving on to sister restaurant Ponsonby Road Bistro a few years later. It was there that his skill and passion for combining classical European techniques with Mediterranean flavours flourished. 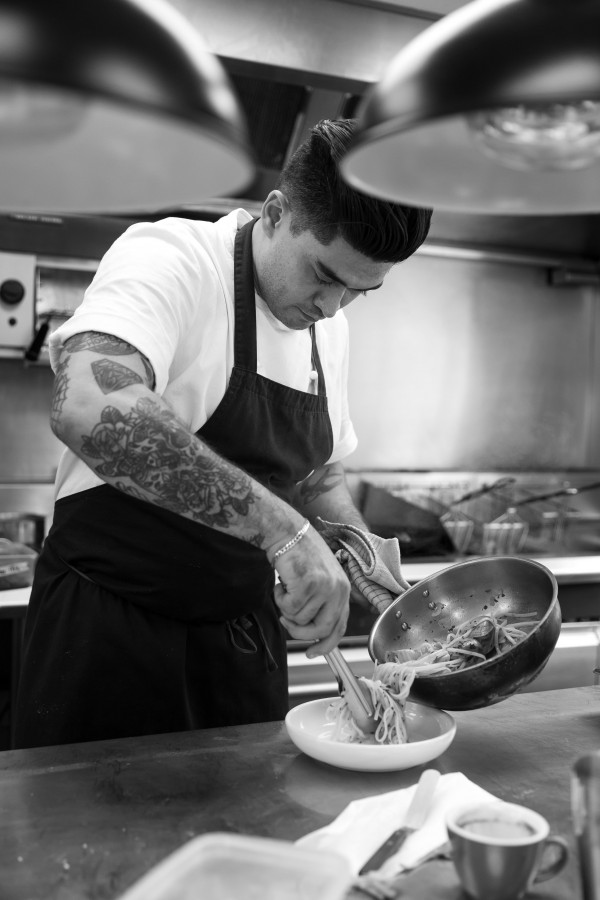 The fire within him well and truly lit, he couldn’t resist the call to adventure in lands beyond, taking on his first Head Chef role at Melbourne’s Giusseppe Arnaldo & Sons. There, he further cemented his skillset and broadened his knowledge of Italian cuisine. He also worked for the highly awarded chef Scott Pickett at Estelle.

For Jamie, however, the real dream and by far his biggest challenge was to move to New York. “Living and working in New York City had always been the ultimate dream of mine. My plans, before Covid hit, were to continue my career path in New York and possibly start a venture of my own somewhere down the line.” he said.

It seemed like his dream was off to a picture-perfect start, working as Executive Sous Chef and eventually Chef De Cuisine at Buco Alimentari & Vineria, which he describes as one his most valuable experiences during his years working overseas “My main job was to come up with the daily specials, there would be 3 of them every day, and they would need to be new every day. My first day on the job was to meet the sous chef at Union Square Green Market, pick out whatever seasonal produce caught my eye, and return to the restaurant to conceive of the specials for that evening. It was an amazing experience and the fact that I was surrounded by a kitchen team where we would bounce ideas off each other to come up with delicious daily specials was inspiring. Out of that kitchen I made some lifelong friends and would continue to work alongside some of them for the next 4 years in New York.” Jamie explained.

His final venture in New York was alongside Robert Marchetti as his Executive Chef at the newly opened Gran Tivoli in NoLita. This was Jamie’s first major role in New York, where he was part of the team building the entire restaurant experience from scratch. Unfortunately, Covid-19 struck, and the restaurant was forced to close its doors shortly after. 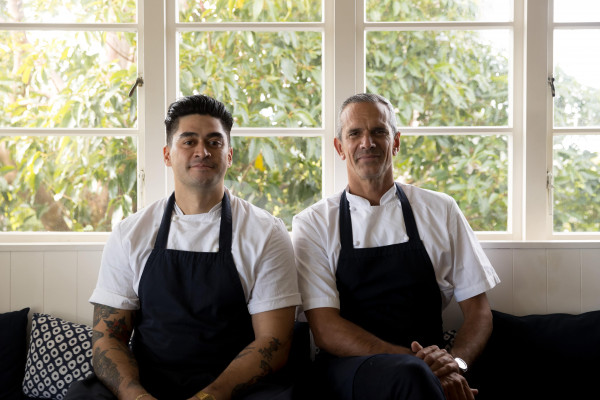 Jamie’s plans for himself took a sharp turn but with his newfound skills and knowledge, he and his young family began the road back to where it all began. “Returning home happened a little sooner than I had originally planned but it was lovely to be surrounded by family again and I was amazed at the dining scene in Auckland, the number of restaurants at such a high caliber was really inspiring and exciting.” said Jamie.

After settling back into New Zealand, Jamie took his wife Nadine to dinner at Onslow, one of Josh Emmet’s restaurants, for her birthday. Jamie had heard about Josh Emmet’s infamous social media call-to-action, asking Kiwi chef’s abroad to return home and help get the local hospitality industry back on its feet. And his experience at Onslow helped seal the deal “I loved the food and the vibe of the restaurant, upscale but also comfortable. I wanted in. I emailed Josh shortly after and he called me the next day. Immediately I found Josh relatable, friendly and very approachable. It can feel intimidating when first speaking with or meeting a chef of the same calibre as Josh but all of that immediately disappeared during the first minute of that phone call.” Jamie explained.

As the hero’s journey continues, the protagonist returns home with a special ‘elixir,’ and in Jamie’s case, this was the invaluable skills and experience he had acquired while working overseas. Something which Josh undoubtedly saw in him as he named Jamie Head Chef of his Waiheke restaurant The Oyster Inn. Borrowing from his experience working at Buco Alimentari & Vineria in particular, Jamie immediately began applying his elixir in the restaurant “It’s made me include my staff more into the creative process. Getting everybody involved, start conversations about what my chefs like to eat. What ingredients do they get excited about?” he said.

Moving from the hustle and bustle of New York to the quiet, remote setting of Waiheke, might seem like a major adjustment, but in Jamie’s eyes, this was a true home-coming “I’m originally from Auckland and my father used to live in Waiheke in Rocky Bay in the late 90’s so I spent a good few years of my childhood here on the island. When I returned to Waiheke earlier this year I immediately recognized everything again, some things are newer and shinier but it’s definitely still recognizable from when I was young. But I do miss going to the Bodega at 1am on the way home from work in NYC to grab a chopped cheese and a cold Modelo.” he explained. 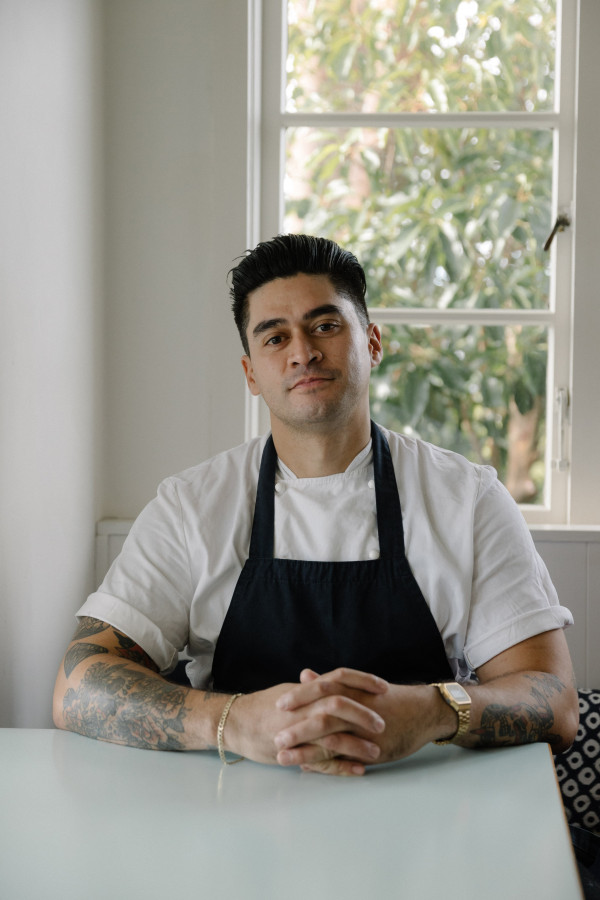 Speaking of new and shiny, one thing that really caught his eye was the culinary scene on the island “I know I’ve used this word a few times already but I have to say it again: calibre, high calibre. Waiheke has 3 top 50 restaurants and The Oyster Inn is one of them, what does that tell you?”

Even though Jamie never fought any monsters or discovered long lost treasures, his journey from the ‘ordinary world’ and into the ‘special’ one overseas undoubtedly transformed him. And now that he has passed all tests placed in front of him and returned home, anyone willing to undertake their own journey to the Oyster Inn on Waiheke Island will benefit from his experiences in the kitchen.

The Oyster Inn is open 7 days a week in Oneroa from 12 noon to late.