Fancy a trip to Greece? Travel via your tastebuds at this clever Greek eatery in Ponsonby.

Shoot days can be long and arduous, so it was a treat last week to head to Daphne’s, post photography, for a delicious Greek mini feast. Owned by Clare & Joost van den Berg, former proprietors of well-known spots Odettes Eatery and Hugo’s Bistro, the concept was inspired by their travels through Greece in 2018.  Having secured the super-talented Anna Weir (ex Amano) as head chef, they opened their doors in March this year, presenting a modern take on traditional, rustic Greek Cuisine. 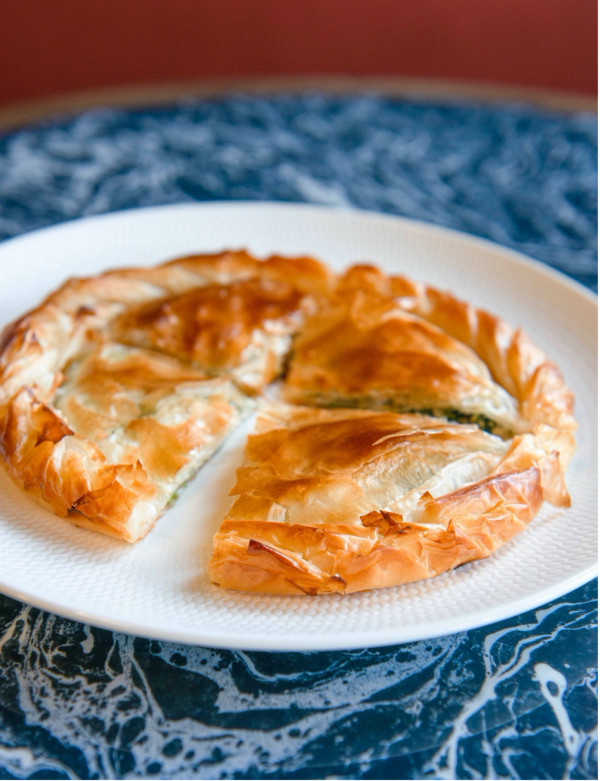 As is often the case these days the menu is divided into smaller and larger plates, kicking off with a tempting selection of recognisable dishes like Taramosalata, Kalamari with preserved lemon aioli, and spinach and feta Spanakopita. From there territory becomes less recognisable with Kefalograviera saganaki with feta and oregano - a very popular mixed goat and sheep’s milk feta, that is fried until it develops a deep golden crust, served sizzling in the pan. Had there been more of us we would definitely have tried the Ox Tongue with smoked garlic and rocket, but as it was we managed to sample the Smoked Jack Mackerel keftedes with mustard and dill, Spanakopita, and Octopus Souvlaki with skordalia and chimichurri followed by Lamb Shoulder with skordalia and oregano. 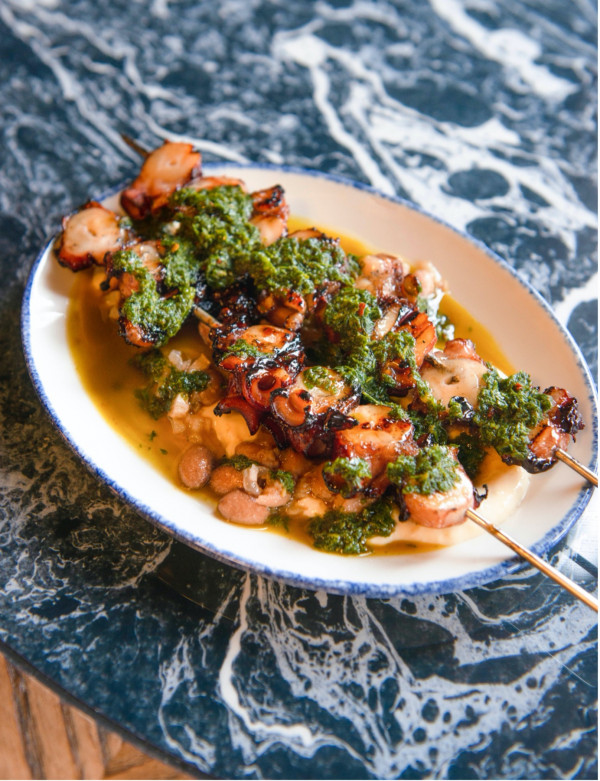 The keftedes were flavour-packed, fried balls of smoked fish bound in sauce...the perfect snacky starter to accompany a Daphne’s Negroni, which cleverly swaps out the gin for Greek Mataxa. The Spanakopita was golden, flaky and packed with iron-rich spinach while the Octopus was well charred and tender, served on a bed of pinto beans. Both Claire and I are big fans of slow-cooked lamb and this one was stunning, falling off the bone and served with a side of smooth, garlicky skordalia and lightly pickled red onions. Tempting as it was to finish off with a sweet treat (the Avgolemno custard crumble sounds fabulous), we had done our dash. 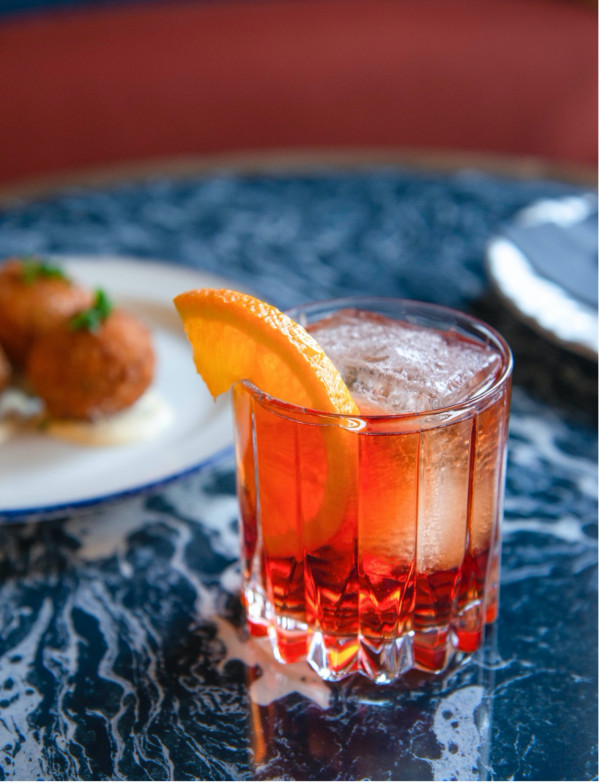 During the evening tables both inside and out become crowded, inside the noise levels rise and the atmosphere is convivial and warm with a distinctly sophisticated neighbourhood feel. And while the vibe is colourful but relaxed, this is not a cheap-eats outing - the food is an elevated version of Greek classics, and the prices reflect that.