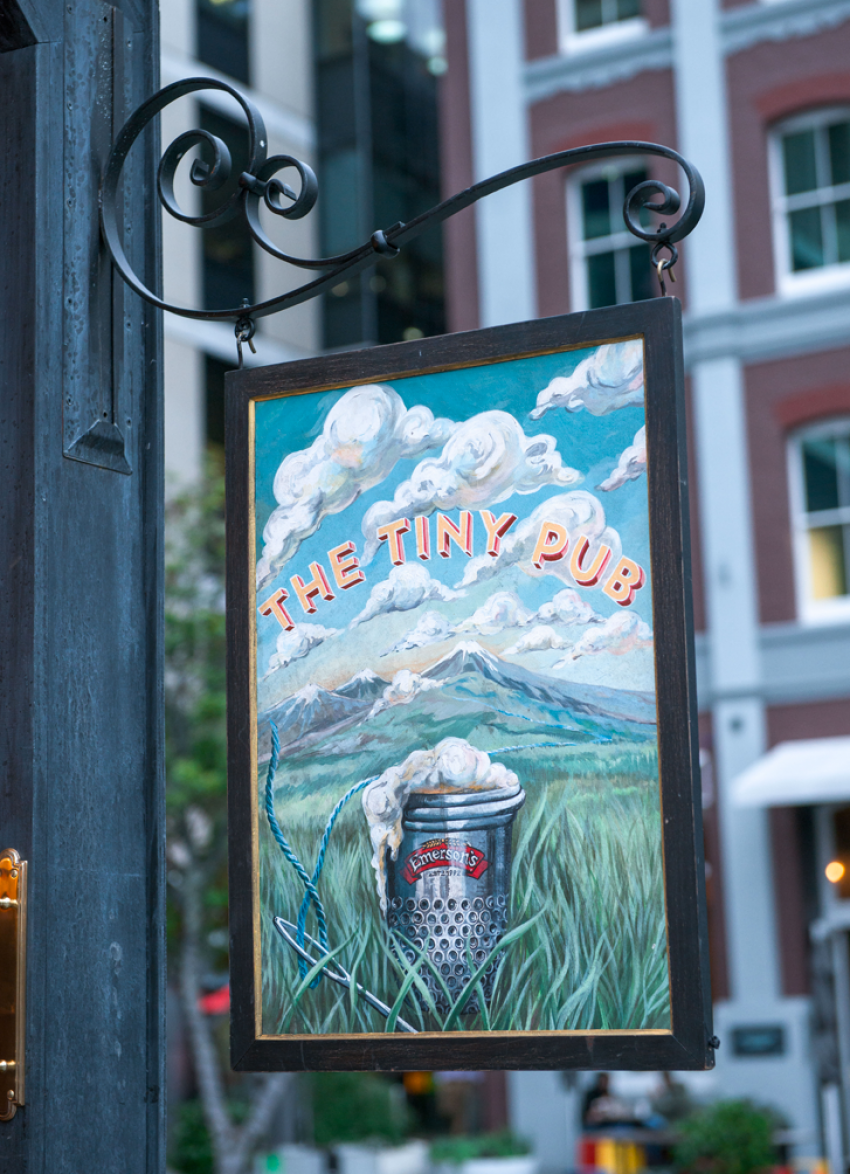 Not only is the concept and execution of this little beer sanctuary excellent, but the reason and knowledge behind Emerson's Tiny Pub is genius.

With the grey evening outside and the rain battering the little cabin, Sarah and I clutched beers that our host, Richard Emerson, told us about as we sipped, we really could have believed we were in a tiny pub on the coast of England. 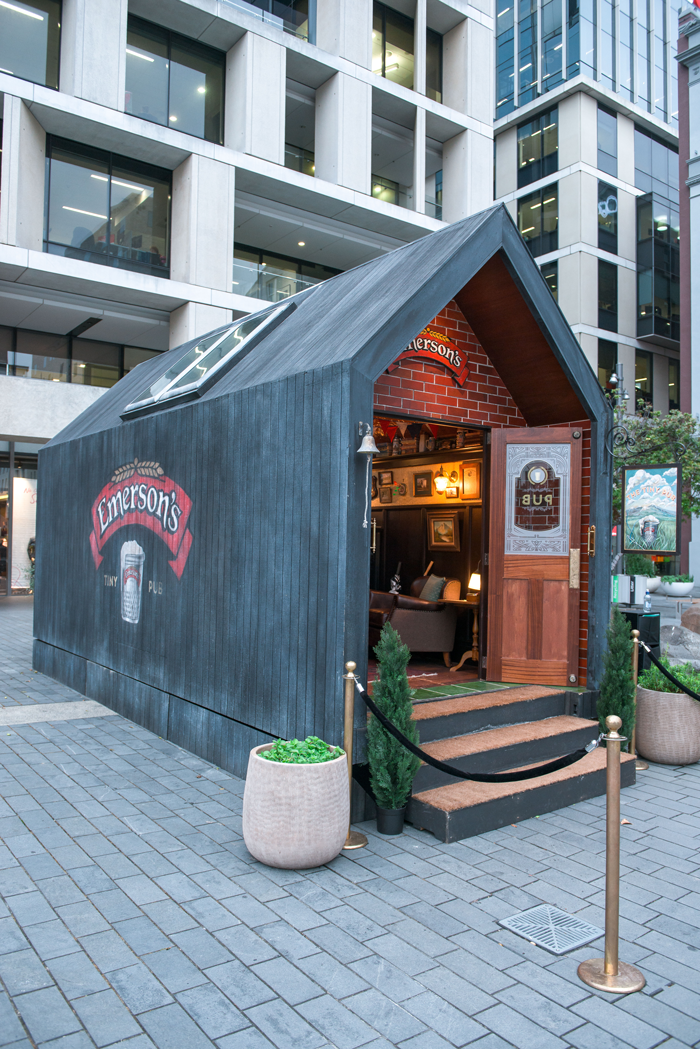 It's only little, being of course the 'Tiny Pub' - less than ten square metres it's on wheels of course - but it's packed full of neat detail. There's books of Tennyson, Dickens and H. G. Wells on the shelves, tiny landscape paintings, a piano, a collection of keyrings, a taxidermied frog, a tiny dart board (for those with impeccable aim), several small trophies, and the piece de resistance, a painting of Richard in full military regalia holding a plastic bottle of Emerson's beer aloft (we hear his wife is after a copy of it). 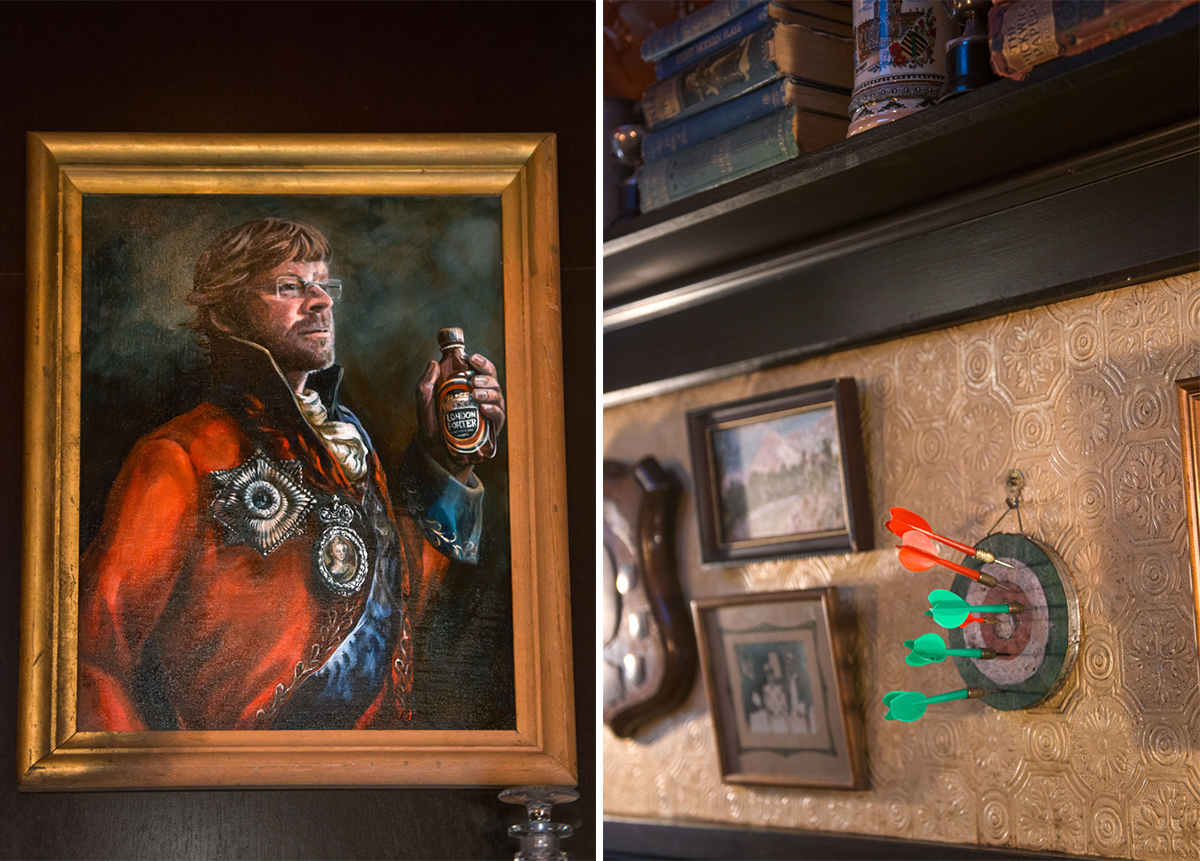 The whole thing was put together as a way of promoting Emerson's that wasn't weird or wacky but rather gets back to the roots of the brand (and of beer) as the heart of something social. It's a place for a drink and have a proper chat with friends over a pint. And indeed, the warm light, old fashioned atmosphere and the fulsomely knowledgeable Richard's beer musings it's certainly an environment that fosters conversation (the beer doesn't hurt with that either).

But one of the highlights of the tiny pub for us was Richard himself. Not only did he know everything about all the beers on tap (he was even able to tell Sarah which beer she'd like based on the fact that she's a whisky fan). Off the top of his head he knew the food matches and whiskey matches of each beer as well as what temperature they should be served at and all the other questions we threw at him. Putting Richard in a pub is like putting a kid in a candy store - if that kid happened to have a couple decades worth of knowledge on every individual lolly in the store. His enthusiasm is genuine and infectious. 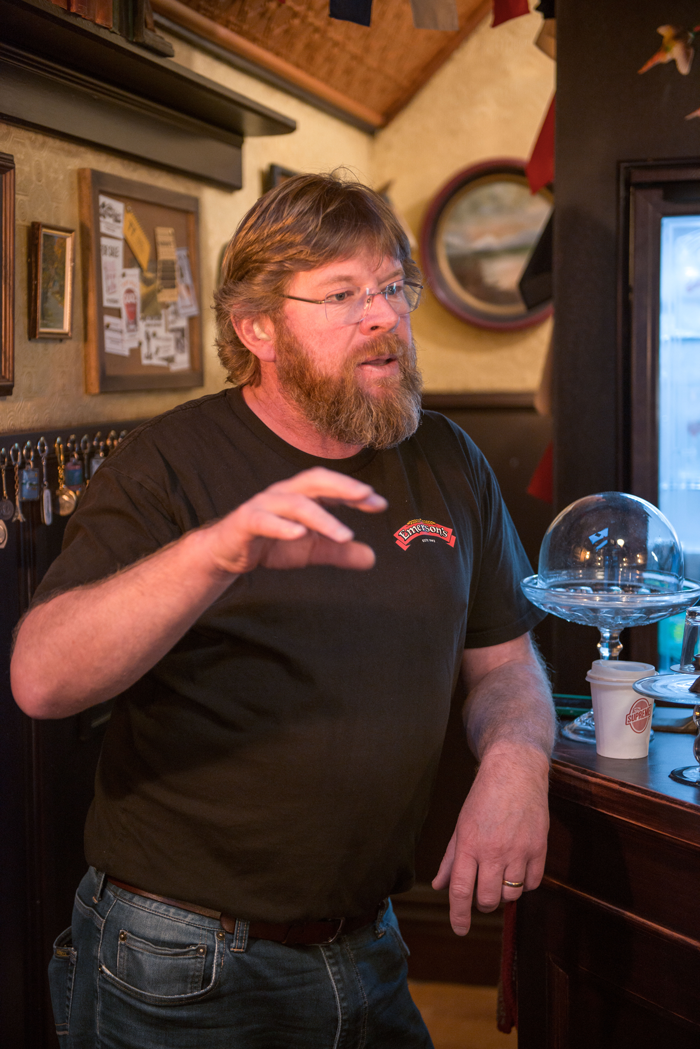 And now that I've told you all that, and convinced you that you want to experience the same, I have to apologise. Every single 27 minute slot for the Emerson's Tiny Pub experience is sold out. Though it has left Auckland to tour down to Taupo to Wellington to Nelson, Christchurch and eventually on to Mount Hut, you'll have to keep an eye out for its next tour to have a full size pint in a half-sized pub. 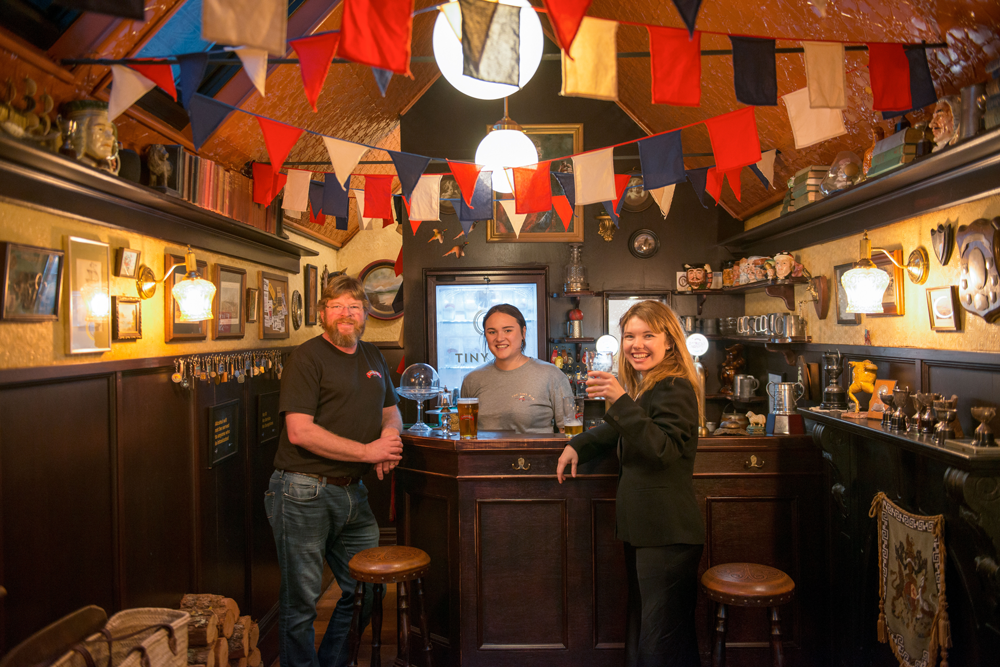 Happily, though they aren't sure what'll happen to the little pub on wheels after its tour, we haven't seen the last of it. Emerson's have plans to keep it around. And besides, Richard has called dibs for his wedding anniversary.