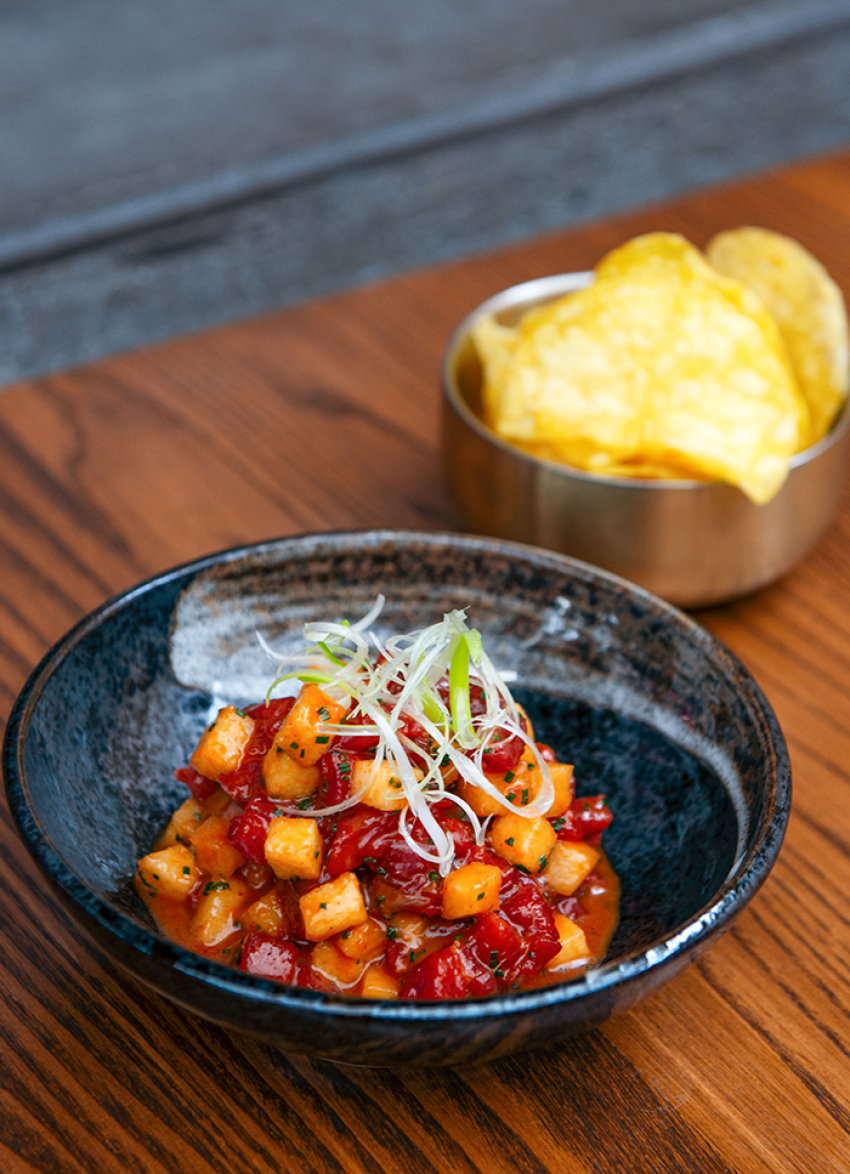 This week we had the chance to head along to The Candy Shop in Newmarket to sample the menu from Gochu, Auckland’s soon-to-open modern Korean restaurant located at Commercial Bay.

Candy Shop was transformed for the occasion with lights and flowers creating a playful mood, but our favourite addition were the posters featuring hand-drawn images which will feature as part of the Gochu branding.

Owners Nathan Lord, Oliver Simon, David Lee and Jason Kim were clearly excited to be able to share some of Chef Jason’s dishes with us, and greeted us with refreshing cocktails which perfectly whet our appetites for the meal to come. 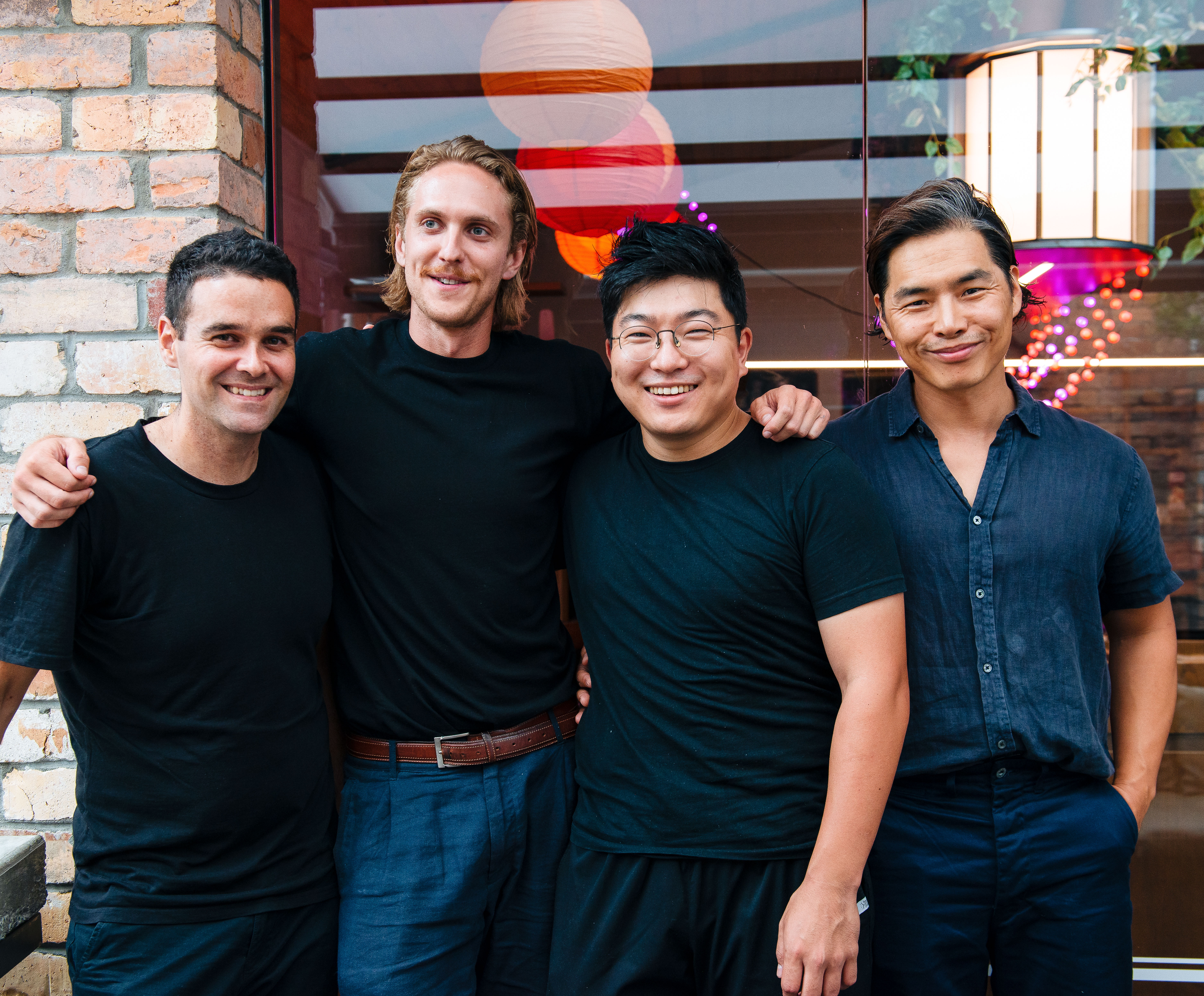 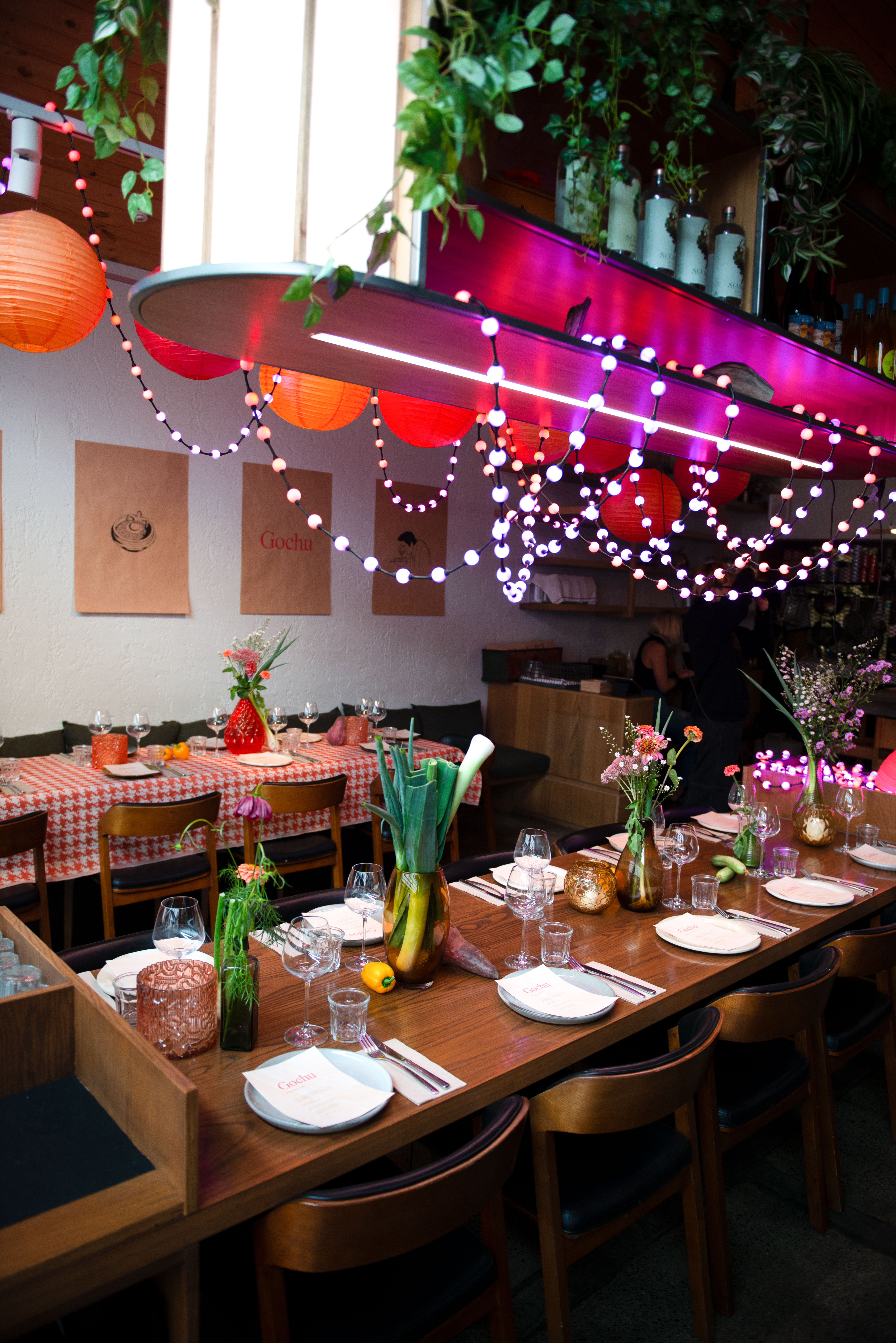 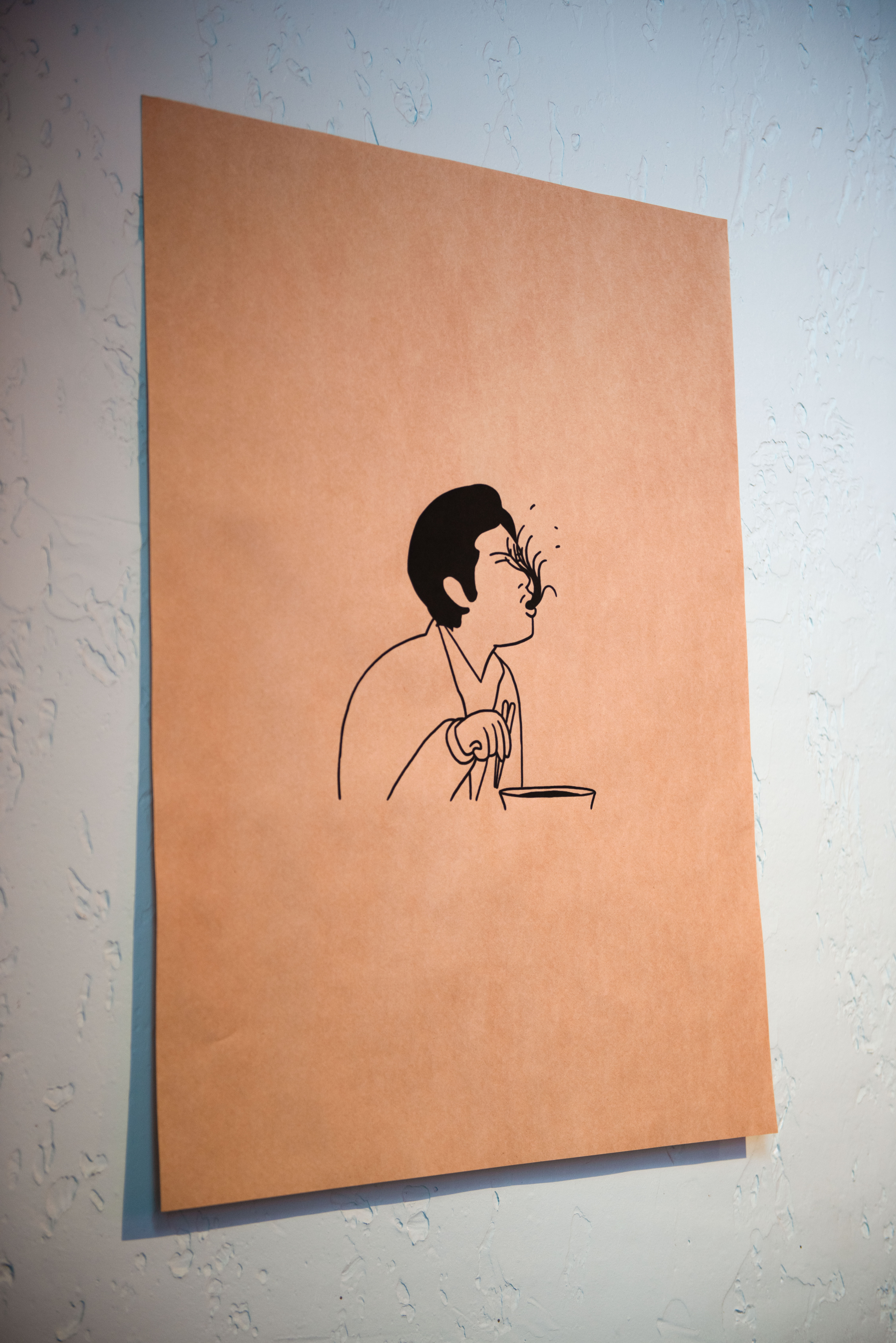 First up we enjoyed Kaipara oysters with pickled white radish and perilla sauce, followed by Mul Hwe, kombu marinated raw kingfish with shallot and apple. The sweet/ tart apple was a beautiful crisp foil for the delicate kingfish. Next up was the Yukhwe, raw beef with egg yolk, pear and potato crisps – not an obvious combination to be sure, but one that worked beautifully! 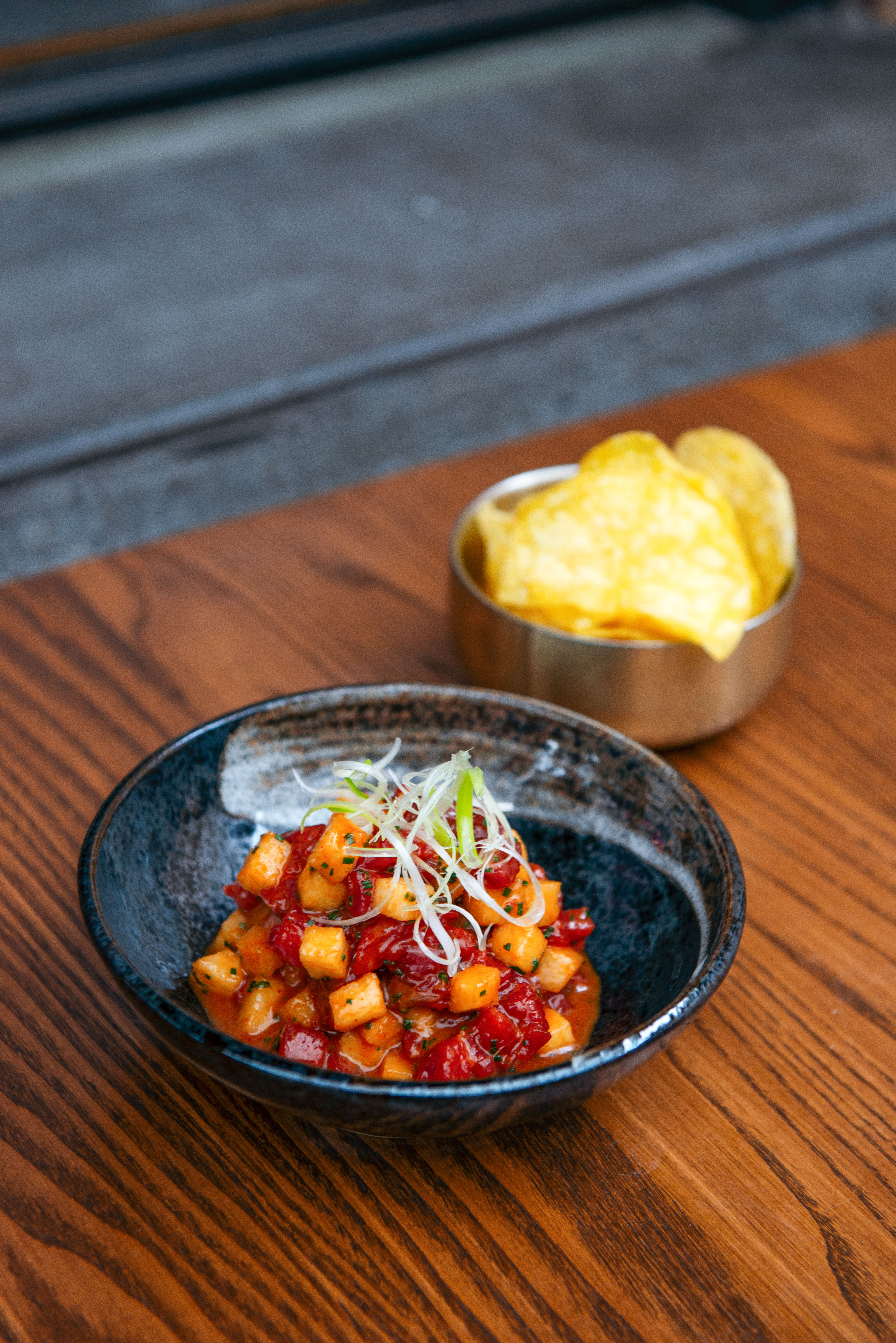 We were only just getting started, and dug into Jason’s spectacular fried chicken as if we had never seen food before, crisp and crunchy on the outside and tender on the inside it was a sure-fire winner. The milk buns stuffed with spicy chilli pork were unbelievably good dipped into a beurre blanc on the side, reminiscent of Chef Jason’s childhood we were keen to see what else had inspired him from his bank of food memories! Guests also had the opportunity to try Grilled Prawns with fennel, cucumber and Korean mustard and Roast kumara with kimchi, cheese emulsion and kumara crisps, Cloudy Bay clams, pancetta, soojaebi and potato and the beautiful Grilled short rib (LA Galbi) with perilla and leek (below). 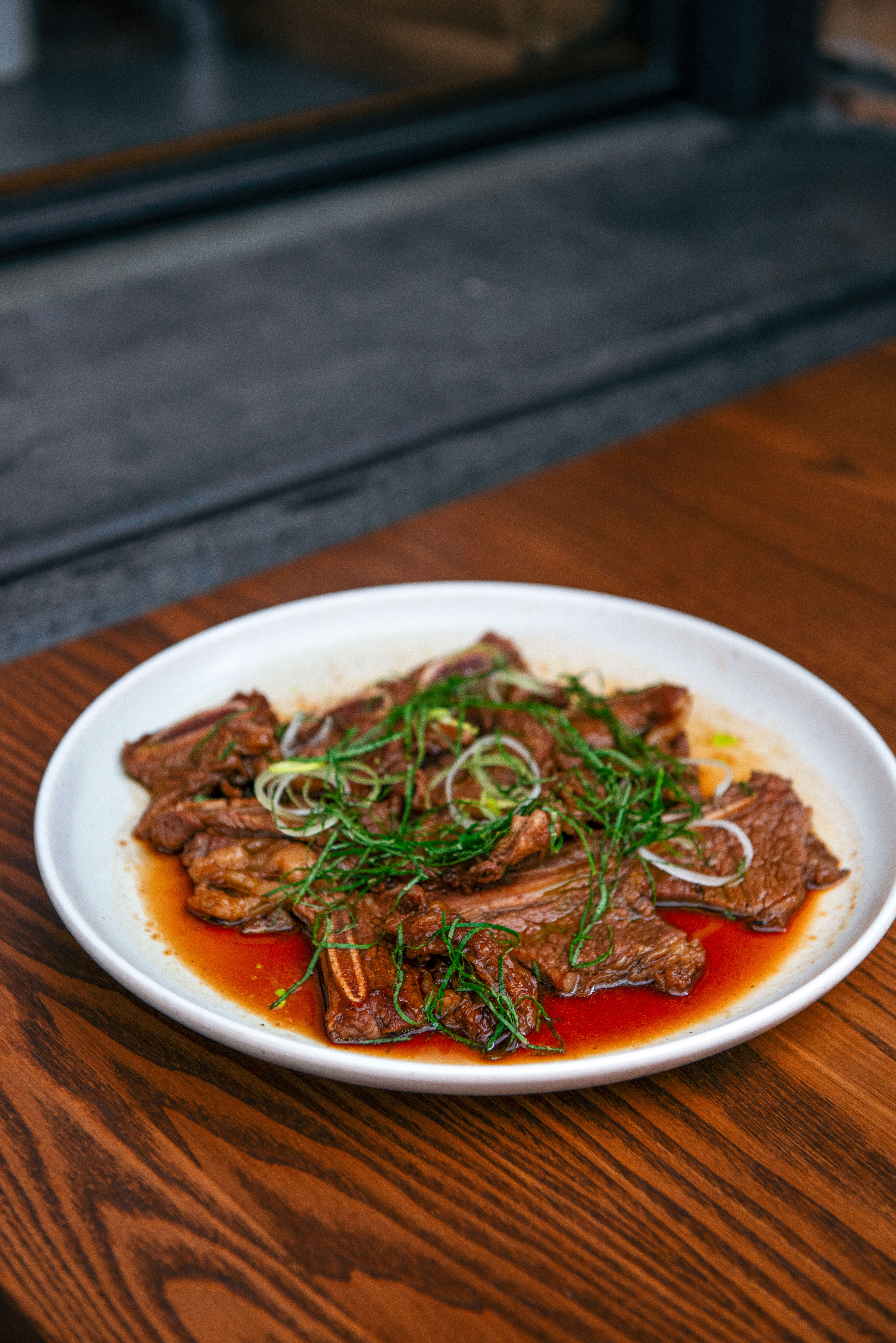 The evening finished with Bingsoo – Korean milk ice sorbet and  some very full bellies indeed. Huge congratulations to the Gochu team, and we’re looking forward to heading along to the restaurant proper when it opens late-March, 1 Queen Street, Commercial Bay (still dreaming of that fried chicken…).