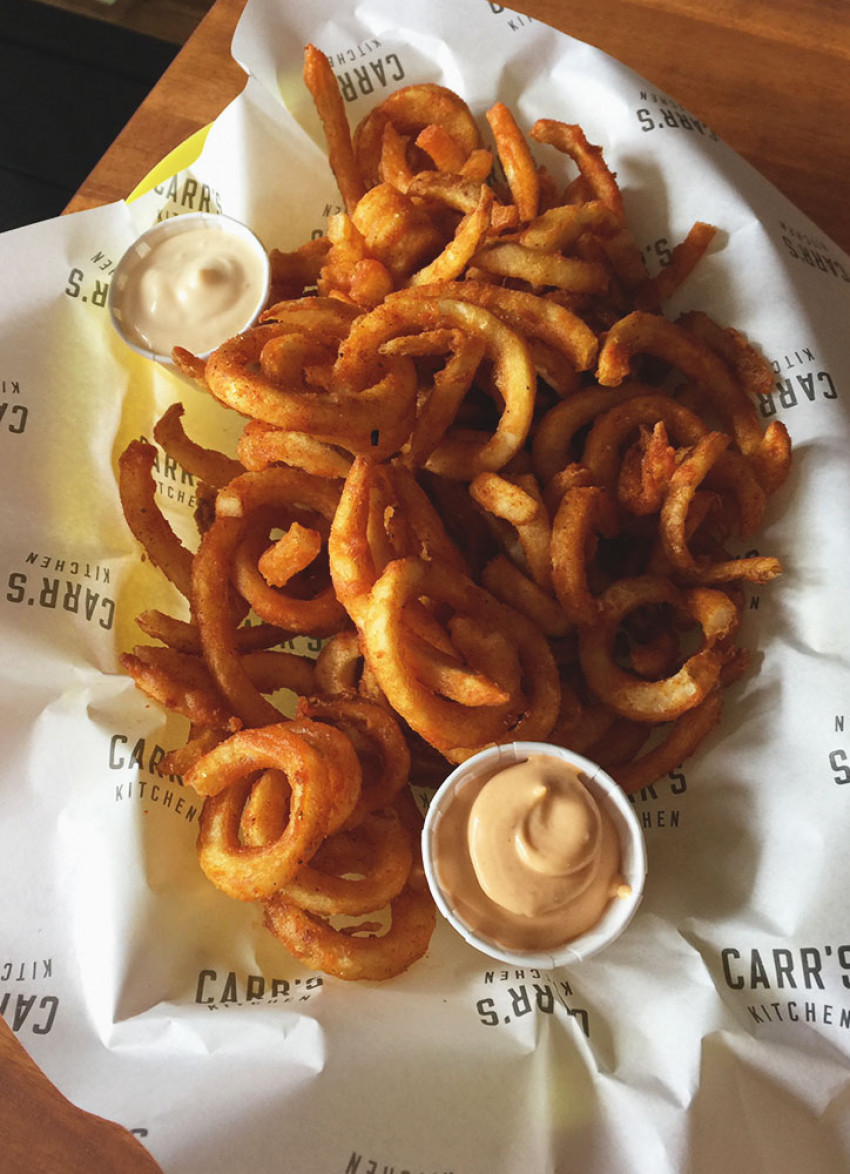 But the little kitchen that could has fired its boosters and moved around the corner to new premises – all honeyed wood, matte black walls and crisp white subway tiles – adding a small grocery, and some fabulous menu items.

Why the switch? “We’d always had the goal of opening our own place,” begins Dan, who, like his sister, has returned to Hastings after working in big cities in NZ and Aussie, “and we were finally in a position to do that. Running the business from Brave was a great stepping stone and pretty stiff learning curve to get ourselves in this position.” 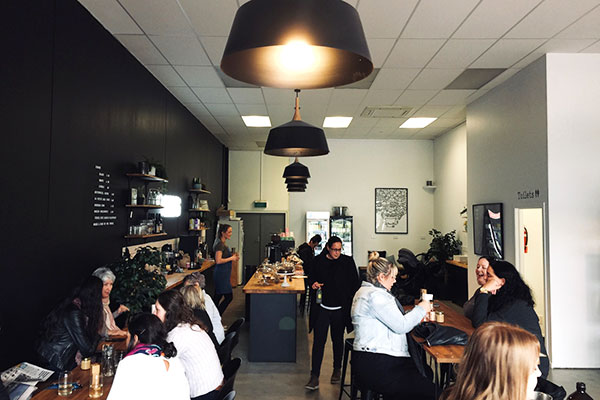 It’s truly a family affair here – Dan and Nicole’s diner is named after grandmother Joycie Carr, whose cooking was a big hit at family gatherings. “She was the kind of grandma who always had fresh baking in the house and was happiest when she could give you something to eat. Mum has pretty much carried on from there, and does all our baking daily for the shop. Our grandad Jock was a big influence too – his dairy was at one point the biggest supermarket in Hastings and he was well known for letting accounts slide a bit so people got their groceries.

And happy is exactly what happens when you eat at Carr’s. The short, New York-style menu is suitably priced – Manhattan, Hastings is not – and we opt for the aforementioned waffles, curly fries, and a pastrami sandwich.

The waffle ($18) is sublimely light, with two beautifully crisped pieces of chicken, bacon, butter and syrup. And the sandwich – $12 – is hugely generous on the pastrami, with plenty of pickles, and served on rye. Curly fries (two sizes) do what they say on the tin – lively, crunchy, and a little spicy. 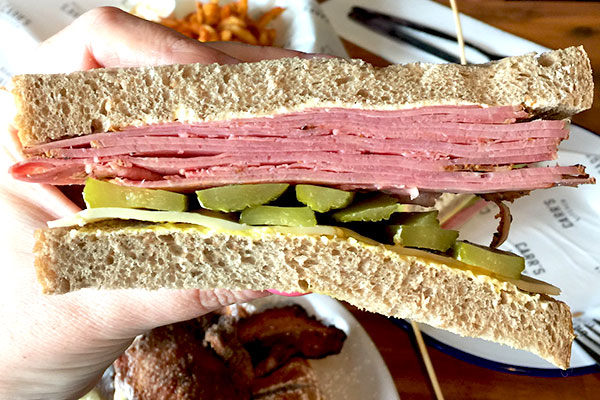 While the waffles, bagels and sammies are all new, Carr’s regulars needn’t worry – the fried chicken burger still makes the cut. “That’s not going anywhere,” Dan confirms, adding that no matter what he adds to the menu, nothing sells quite as well as this Carr’s classic.

And once you’ve carbo-loaded, there’s a delightful selection of relishes and pickles on offer to take home to the pantry, including the Carr’s Kitchen Pretty Bloody Hot Sauce. “The hot sauces were a bit of an experiment really - we grew some chillies to see what would happen then had a crack at making a couple of sauces. They’re actually the top sellers from our retail shelves.”

Dan and Nicole, who are both raising their young families in Hastings, reckon this part of the world is only just hitting its straps. “Hastings is having a bit of a boom time,” tells Dan. “People are really excited things are starting to happen and have been so welcoming to us – we’re stoked to be a part of it.” 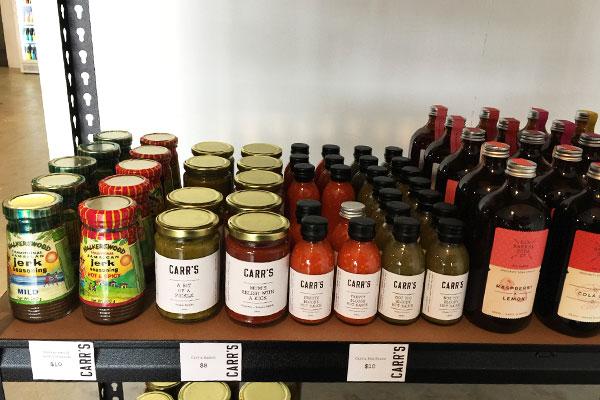