What's The Viaduct's best kept secret, you ask? Bang Bang China Cafe – the restaurant hidden inside Saint Alice. Digital Editor Izzy Brimeau searched out the concealed eatery and indulged in some Chinese cuisine. Read her review of this eccentric establishment below.

It's no secret that Saint Alice has taken to Auckland Viaduct as if it's been there for years. Head into this light, spacious restaurant, walk past the kitchen and take your first left, through a beaded curtain. What lies on the other side of that beaded curtain? Only one of my new favourite Chinese restaurants in Auckland – Bang Bang China Cafe.

A restaurant inside a restaurant is something in itself. Let alone a quirky, casual and affordably-priced Chinese restaurant, in the heart of the infamously overpriced Viaduct. As soon as we entered we were greeted by a large mural featuring a cartoon octopus. Or more specifically, an octopus eating dumplings with chopsticks. I immediately had a good feeling about the meal that was to follow.

The interior was simple, and if it hadn't been for the hanging red lanterns, mural and odd pieces of artwork, it would have come across as a little sterile. The tables were white with red detail and most of the seats came in the form of wooden stools. The tableware was similar to that of a yum cha restaurant – just the way it should be. I don't need fancy cutlery when eating dumplings, slurping noodles and wiping sauce off my chin. 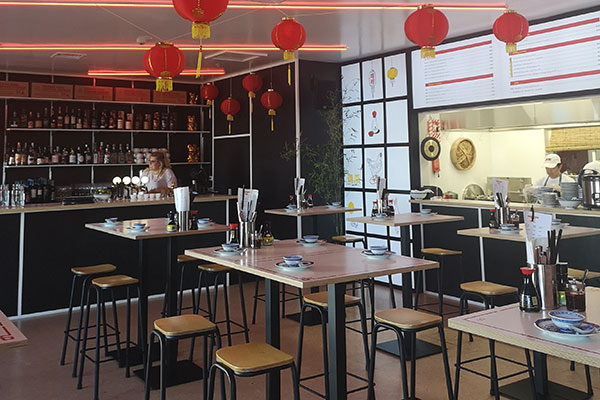 As food is always on my mind, we booked dinner for 5.45pm. This meant we were the first diners that evening. The staff seemed grateful to be knocked out of their open-eyed slumber. They were friendly, efficient, happy to explain how the menu worked and what we should order. Similar to yum cha, we were told to mark which of the dishes we'd like. We were also encouraged to order cocktails – most likely to provide the bartender with some entertainment. We opted for ice-cold rosé. 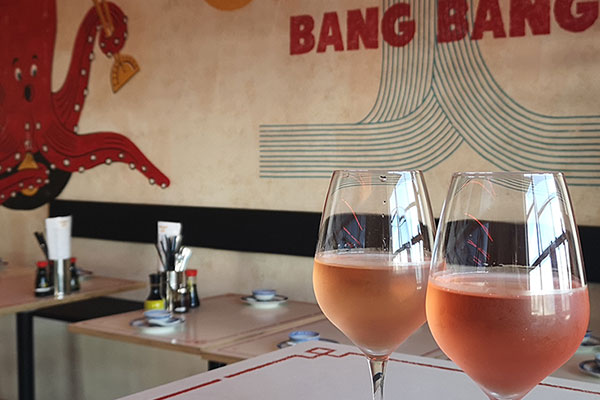 While we hungrily ticked more boxes than necessary, a pot of complimentary jasmine tea was popped on our table. A welcome and traditional touch. The first basket to hit the table was filled with Prawn and Spinach Dumplings. They tasted fresh, light and the prawn flavour was apparent without being overpowering.

This was quickly followed by a pleasantly large bowl of Dang Dang Noodles – a recommendation from a rather charming member of staff. The broth had spice, depth and a warmth that was not displeasing, even on the hot day. The noodles were soft, yet tender. It was one of the highlights of the meal. But also one that I failed to eat in a ladylike manner. After the slurping of the noodles there was a fumbling of the chopsticks, as we attempted to shovel the smashed cucumber salad into our mouths. Slippery, yet deliciously spicy, it was one of my favourite plates of the evening. 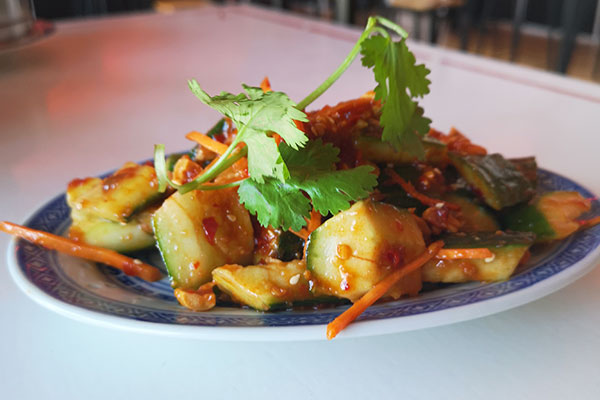 Then along came Chicken and Prawn Siu Mai with X.O Sauce and Pork and Leek Potsticker Dumplings. Both flavour-packed, both moreish and both gone in a flash. For me, the crispiness of the potsticker won over the softer, chewier Siu Mai. Though I'd recommend trying both. 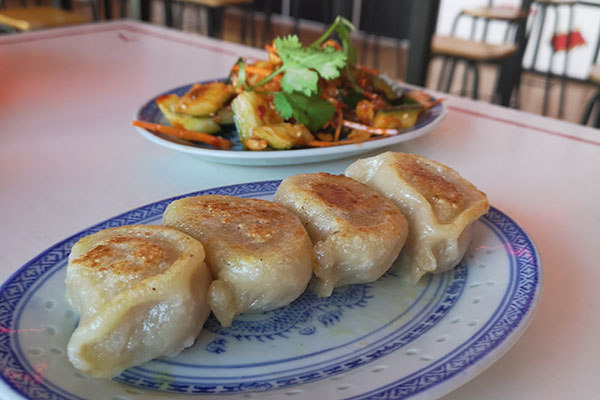 There's not much else to add other than Bang Bang China Cafe is zany, fun, vibrant and offers good food. The restaurant has an interesting way of describing itself – read their description here. As they say, "Come to Bang Bang. Anything goes."