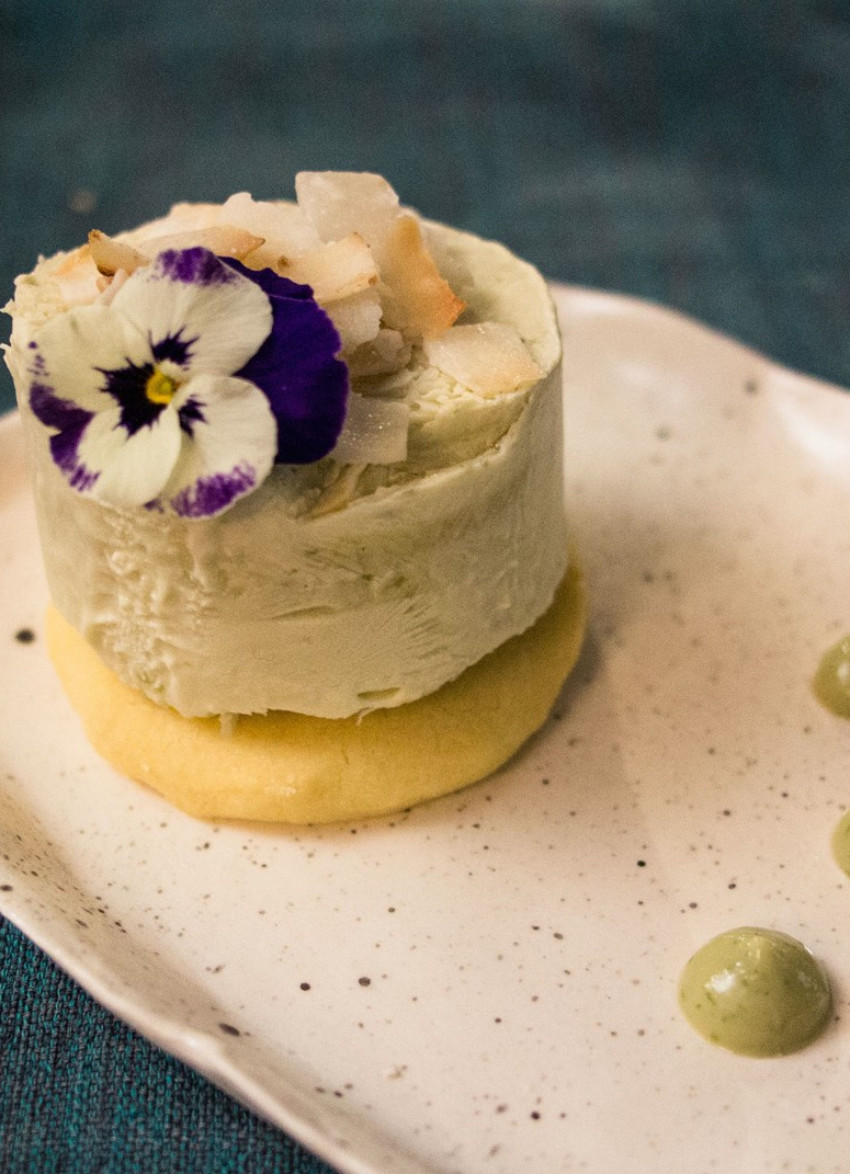 No detail is overlooked at Miss Changy's pop up dinners, created by chef and artist Ruby White.

Chef and artist Ruby White takes making food from scratch to new heights with her Chinese-Malaysian pop up dining experience, Miss Changy. Like most ephemeral 'wish you were there' dining experiences, I discovered Miss Changy via Instagram, and resolved to go to the next event. The dinner I attended took place a week after Chinese New Year and to celebrate, Miss Changy had taken over pocket-sized café and restaurant Honeytrap in Auckland’s St Kevin's Arcade.

Carl Sagan once said “If you wish to make an apple pie from scratch, you must first invent the universe." Ruby's attention to detail reflects this philosophy - noodles, chilli oil, deep fried onions - every element of her food is handmade, but so too are the bowls in which they're served in, the chairs, chopsticks, cups and sometimes even the furniture. Ruby explains it’s the result of an unconscious process: “The food came first, but I soon realised that I needed more eating utensils and surfaces. I never actually considered buying the bowls, it really didn’t occur to me. Making is what I love so it was just a natural progression. After the bowls, everything else followed.”

At the event I attended, a series of narrow, rustic wooden benches quickly filled up with hungry guests, who were welcomed with bowls of spiced peanuts and a choice of cocktails, wine or fresh coconut to drink. Small pieces of paper were taped to woven tablecloths with poems written on them, the significance of which became clear later in the evening.

Plates piled high with mysterious vegetables made their way to our table, followed by individual bowls of raw salmon and snapper, sesame seeds, lemon and salad dressings, which were carefully placed in front of the poems. Everyone was called outside, chopsticks in hand, to be guided by Ruby in the ritual tossing of the salad. A few volunteers stepped forward to add the ingredients to the piles of salad while reciting the poem inscribed across the table:

As many people as could possibly squeeze around the table tossed the salad with their chopsticks. The dish is called Yusheng, a raw fish salad tradtitonally served at Chinese New Year. It's often known as 'Prosperity Toss' as it is thought that the height of the toss will reflect the height of the diners’ growth of wealth, so vigorous tossing of the salad is encouraged!

According to my new friends, the Malaysian ladies I was sat with, this was a much less sweet version than they've had before, but all for the better as usually it isn't something that they particularly enjoy. I've never had Yusheng before but I too was happy! There were good contrasts of textures with crunchy pickled daikon radish and soft, delicate fish and a hint of sweetness amongst fresh flavours.

Then it was onto the next course: Suan Pan Zhi, which in Ruby's family is called 'Whu Dze Pan'. It was described as “Asian gnocchi made with yam or taro rather than potato” and wasn't far off what I expected. Served in one of Miss Changy’s own Rooster bowls, the little 'abacus beads' were so soft and gelatinous. With the minced pork sauce this was a very well balanced dish; it was unlike anything I'd ever eaten before.

For the vegetarians their 'Asian gnocchi’ was served with a coriander pesto, a clever link to the Italian dish. I added Miss Changy’s Nuclear Chilli Oil and it certainly lived up to its name! My eyes were just about watering, but in a good way.

Afterwards a very bright and intensely flavoured Raspberry Sorbet came out in some of Miss Changy’s little cups. It was gone too quickly! More please!! It was very effective, that searing heat was quickly a distant memory.

I had good idea of what the first two courses would be like but hadn't really imagined what was in store for desert. Miss Changy’s bespeckled plates trickled out of the kitchen with little round desserts all topped with different edible flowers: nasturtiums, fennel flowers and violets amongst others. This was Miss Changy’s take on Kaya Toast, which is typical of Ruby's tendency to combine Asian flavours with Western techniques - a result of being inspired by a Malaysian/Chinese/Australian upbringing.

Instead of the traditional Singaporean toast based snack, we were served a shortbread cookie base with Kaya (pandan infused coconut curd) Parfait, topped with sugared coconut flakes, the aforementioned edible flowers and a few dots of kaya. It was really quite beautiful seeing all of the different flowers atop the desserts, it’s this attention to detail that makes a Miss Changy event feel special. This was my favourite course! It wasn't overly sweet, the shortbread was very light and the sugared coconut perfectly crisp with a hint of salt.

Before leaving we were each presented with two cookies in a little red bag, mine were gone before the night was over.

Keep an eye out for future Miss Changy events by liking the Facebook page, there are more to come and tentative plans for pop ups in other countries! Ruby also has plans to sell her ceramics and other Miss Changy online in the near future.