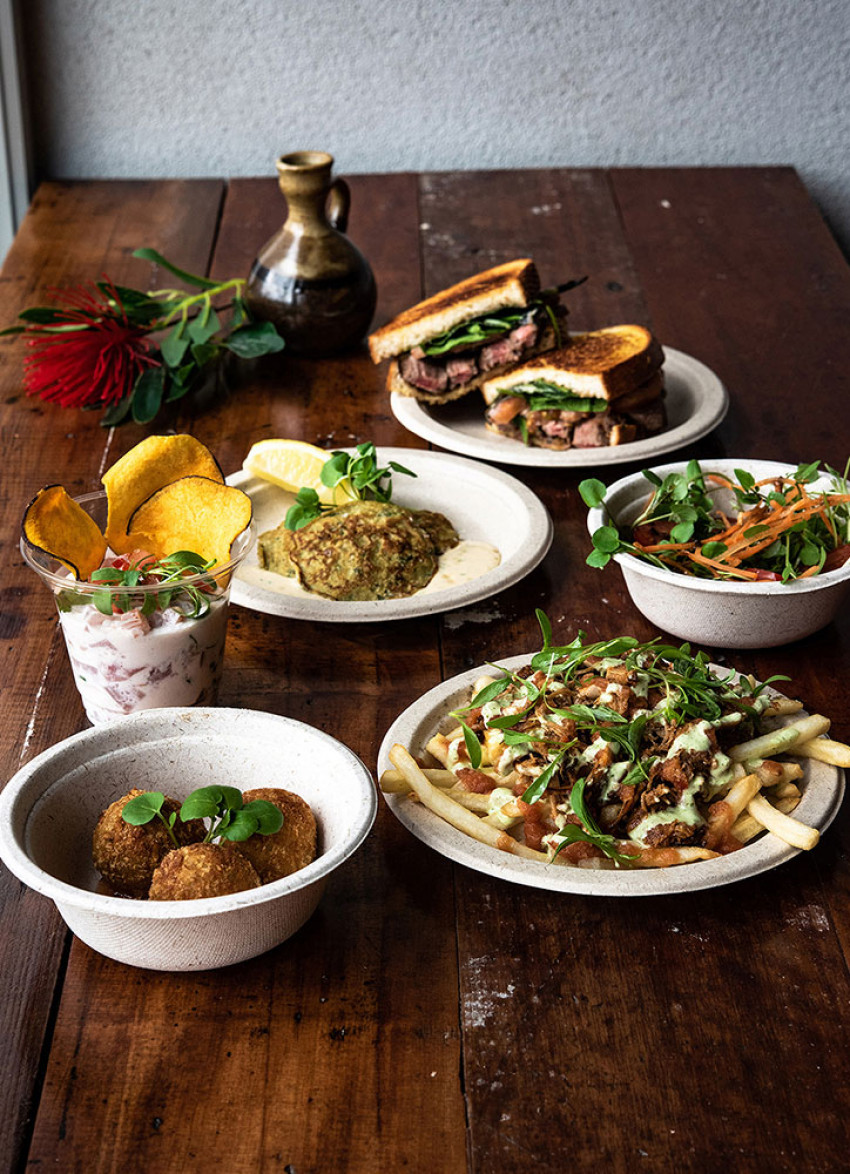 It seems a real oversight that New Zealand doesn’t have more eateries celebrating Māori cuisine. Husband-and-wife team Belinda and Jarrad McKay have remedied this with the opening of their new eatery, Pūha & Pākehā. You may know the name already from their popular food truck.

Says Belinda, “People were always asking us when we were going to open a place,” and so the team have granted their wishes with a cute-as-a-button space on Grey Lynn’s Surrey Crescent. Decked out with subtle touches of Kiwiana, it’s reminiscent of a good old-fashioned fish and chippery but with a more upmarket bent. Food is served on recycled paper plates (sustainability is important to the pair), adding to the casual vibes. “The eatery’s offering will be the same ‘street food’ that’s been so well received in our caravan over the last few years, but customers will also now have a casual, relaxed space in which to enjoy that food,” she says.

The food superbly melds traditional ingredients with modern flourishes with dishes such as Kūmara & Coconut Bites – the kūmara cooked in a hāngī, of course – and finished off with a horopito sauce. We were in raptures over the Tua Tua Fritters, smothered in a kina chilli chive mayo – delicious. The Hāpuku Raw Fish Salad, served with kūmara crisps, was a standout, beautifully seasoned with kelp and a very moreish number. You can grab some fish and chips here but Pūhā & Pākehā’s version is jazzed up with a horopito/kawakawa panko crumb and a karengo tartare sauce. Or go healthy with a hāngī-cooked pumpkin quinoa and sweetcorn salad served with a manuka honey dressing. The sweet treats have more signature intriguing elements, such as the Rēwena Bread Trifle, but if you’re feeling adventurous, like we were, opt for the Marmite and Chocolate Milkshake – guess what? It really, really works.

In keeping with the laid-back vibes there is a guitar on hand for any impromptu singalongs to take place. At the heart of this place is a heartwarming genuine enthusiasm to engage people with Māori kai. Jarrad says, “We feel that having this kai presented in new and modern ways in a warm, welcoming environment will do exactly that.” We think so too.