It takes real skill to cook so simply - the flavour combinations are classic, but the delivery – in terms of proportions, techniques and flavours are perfect. Case in point: the pasta the restaurant is named after - a fat, hand-rolled pasta noodle – is made on site. It’s used in a cacio e pepe (pictured above) that, comprising of pasta, cheese and pepper, is at its heart an unassuming dish. Yet the rich cheese sauce with a bold bite of black pepper in a creamy, delicious sauce has fabulous depth and layers of flavour. It’s impossibly complex for such a simple dish. And those chewy, thick hand rolled pici pasta noodles make this an indulgent treat you'll be thinking about for weeks after you've eaten it. It’s a well-chosen emblem for the restaurant, because that same clean and unfussy feel, with exacting execution is consistent across the board. You can't go wrong, in fact, we recommend you go ahead and order all of the antipasti. The Stracciatella, tomatoes and white balsamic is an aromatic, creamy dish that demands you mop up all the juices with a wodge of focaccia. The paper thin bresaola with thyme will make you see olive oil in a spicy, intense new light. The thyme also takes on an intensity that showcases why using so few ingredients works so well. The bitter leaves with salted ricotta and orange vinaigrette is a fresh counter to the richness of the other dishes, and perfect to crunch on while you sip slowly.

Head Chef and Co-Owner Jonathan Thevenard is guided by time spent in Italy, and still talks to a mentor he met back there. He and the team at Pici, Kazuya Suzuki (Co-owner / Restaurant Operations Manager) and Gemma Hareb (Co-owner / Marketing and Design) have pin-pointed that line between simplicity and decadence in both the food and the décor, 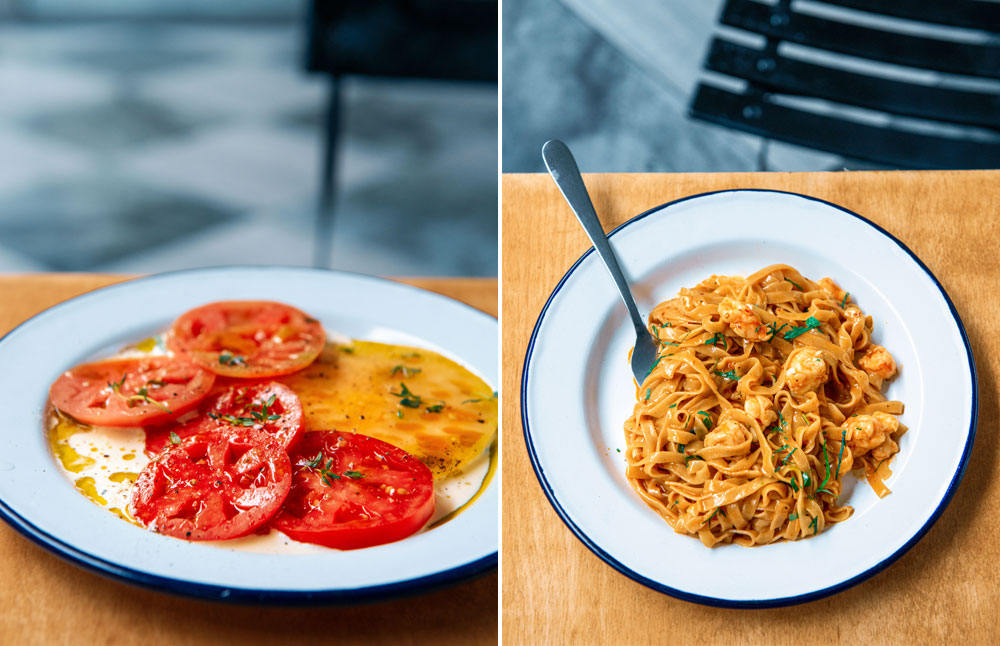 Their pastas too defy choice, because they are all excellent: the delicately thin noodles in the Spaghettini Vongole carry the weight of a bisque that tastes just like the sea. We've heard of chefs using seawater to make their seafood dishes, and we wouldn't be surprised if Jono had driven up to Piha, or Tāwharanui that morning and collected a bucketful to use in this dish. It has that shell flavour that can only come from a painstakingly prepared base of stock. The Fettucine, Prawns, Nduja, Bisque has that same base stock in it, as well as just enough chilli to give it heat, alongside tender prawns on paper-thin-yet-still-al-dente fettucine. Cheesecake with salt and extra virgin olive oil is the dessert that has been turning heads here, and for good reason. The creamy not-so-rich and not-so-sweet dessert is an inspired work of juxtaposition: olive oil fans take heed. However, the Almond Semifreddo is a winner as well, with a nougat-esque creamy/crunchy texture and a gooey, dark, Nuttella-adjacent sauce. I was asked if I could pick a favourite between the two and there was just no way that I could: but I could have eaten one more of each. 'Wine guy' and restaurant manager, James Pain, has selected a list of predominantly organic and natural wines in Italian styles with some New Zealand wines too. He's chosen these simply because he prefers them. He likens the difference between organic and natural wines versus traditionally made wines to cheese from the supermarket, which has been made to be shelf-stable, and cheese you get from an artisan on the side of a country road, and he reckons you can taste that extra craft in the wine. He loves the way Italian wines are often saltier and more savoury than French, tasting of salt, pepper and rocket where French might taste like butter, cinnamon and pastry. He likes the way that Italy has gotten over the making-marketable-wine phase and is now placing an emphasis on honouring each region's traditional winemaking practices and making old fashioned organic, natural wine that reflects the region's terroir. We tried a 2018 Fongoli 'La Palmetta' Grechetto from Umbria, which had a hint of salinity that went down a treat with the pasta.

The beer list features just three brews: Urbanaut Hazy Pale ale, from down the road in Kingsland; Garage Project 'Fugazi' Hoppy Session Ale from Wellington; and Birra Menebrea, all the way from Piedmont, Italy. The cocktail list is similarly short and sweet, with cocktails inspired by an old tome of Italian cocktails updated for a simple seasonal restaurant such as this, including the Bloomfield, a medicinal brew named for Ashley Bloomfield. We tried the refreshing La Ciccia, cousin of the Bellini, but with fruit that rotates with the seasons, while the original specifies white peach juice. There is also a selection of sippable liqueurs intended for after your meal, but we wouldn't blame you for ordering a limoncello or amaro a little earlier. 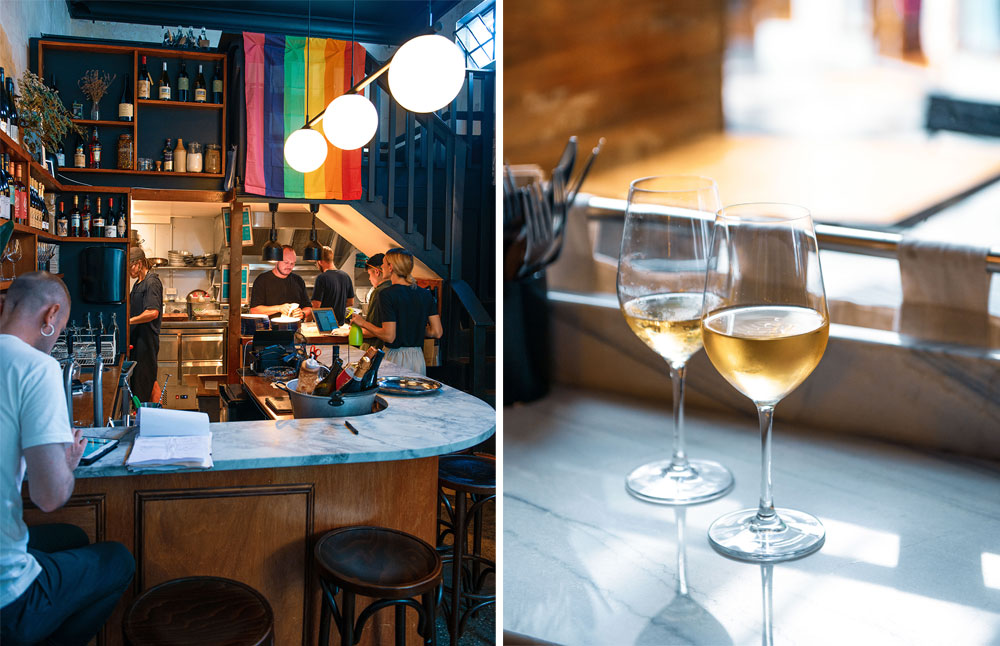 Interior at Pici and wine at Pici.

The combination of stripped back walls interior with wooden accents, the smell of bread, the taste of wine with such excellent simple, decadent food, is hypnotically relaxing. They’ve started doing lunch service too, which is dangerous. Because that spot on the chequerboard tiles in the cool arcade with all that luscious pasta and antipasti is so appealing, that when you venture up there for a break, it will be very, very hard to leave.