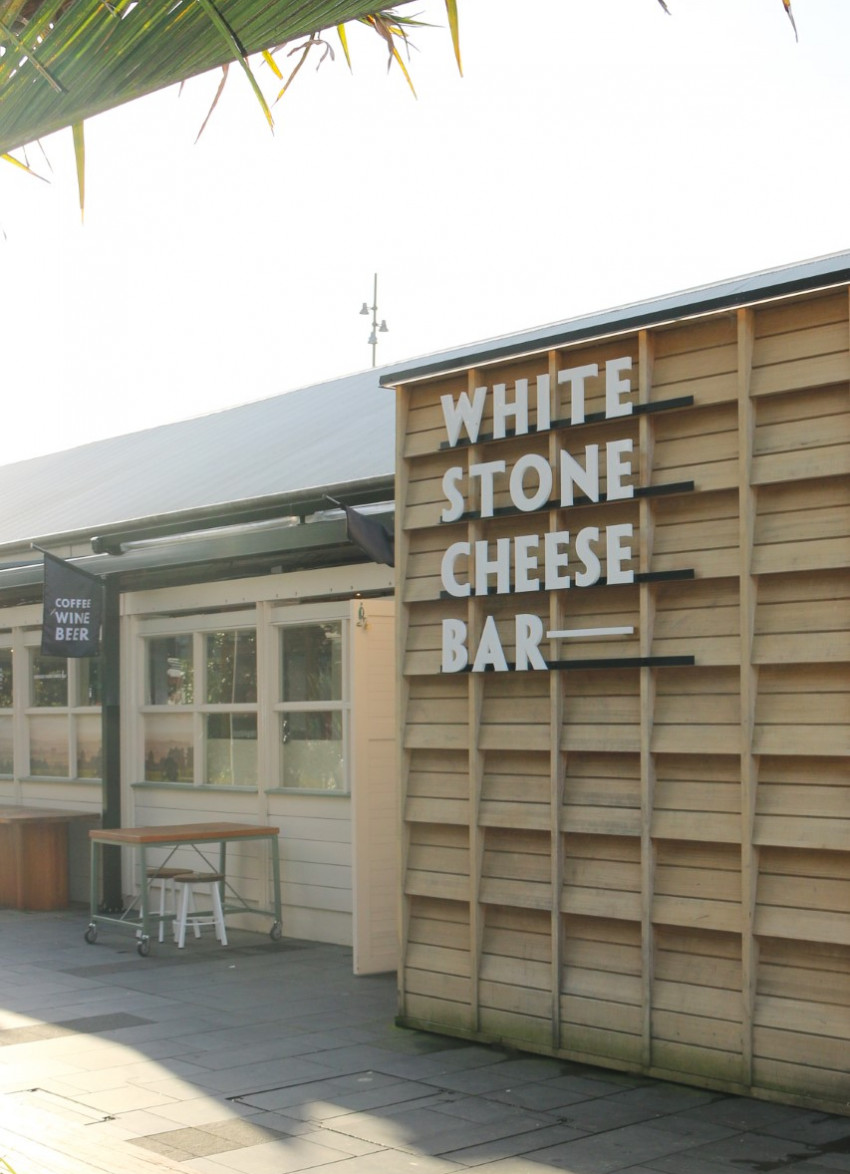 BROUGHT TO YOU BY Whitestone Cheese

Founded by North Otago famers Bob and Sue Berry in 1987, Whitestone Cheese produce an award-winning range of organic, natural cow and sheep’s milk cheeses. All of which are hand-crafted using traditional cheese making techniques to capture the essence of the region.

Whitestone has since come a long way from its rural roots and the converted garage it first began operating out of. Like a well-aged cheese, the company has matured and finally hit the big smoke with their Whitestone Cheese Bar in Auckland’s Wynyard Quarter. Being a lover of cheeses myself, I was keen to check it out and get a taste of their famous cheese rolls – among many other items on the menu.

Take a stroll down Jellicoe Street and there’s no mistaking the big bold letters of the Whitestone Cheese Bar. Behind its wood-clad façade is an intimate yet very light and relaxed interior where you could easily drop in for a quick bite to eat but simultaneously succumb to a whole afternoon spent grazing on their exceptional cheeses. 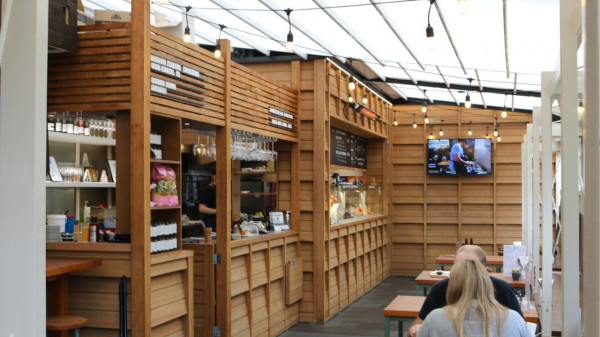 Once you step inside, there’s no going past the display of their award-winning cheeses including their flagship Windsor Blue, rich and runny Lindis Pass Brie and many other tantalising treats. Before I could even utter the words, Cheesemonger Mahana presented our Deputy Editor Maddie and I with a beautiful platter of fruits and cheeses alongside a glass of wine to match. 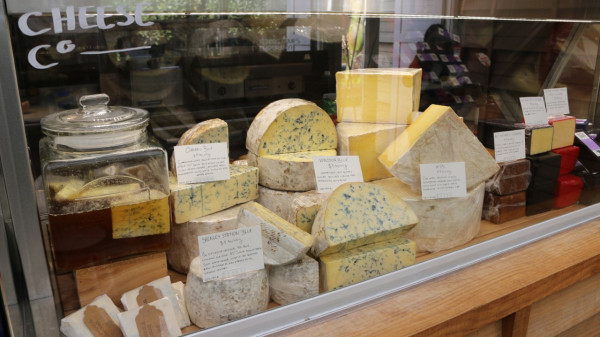 It’s hard to know where to start with a platter as bountiful as this one was but I dipped my toes in the proverbial pool with a sampling of the Aged Airedale. As its name suggests, this semi-soft cheese is aged to produce a full-bodied flavour profile with a strong finish – and strong it was. My tastebuds were hit with a jolt of cheesy energy that I was keen to experience again immediately.

Taking advantage of the palate cleansing bread slices, I moved on to the Double Cream Brie. The extra smooth and creamy texture was in stark contrast to what I had just eaten but I instantly fell in love with its rich flavours. Pitted up against it was Whitestone’s famous Windsor Blue which was similarly creamy and soft but struck me with its salty taste. A welcome change up, especially when paired with a glass of red as mine was. 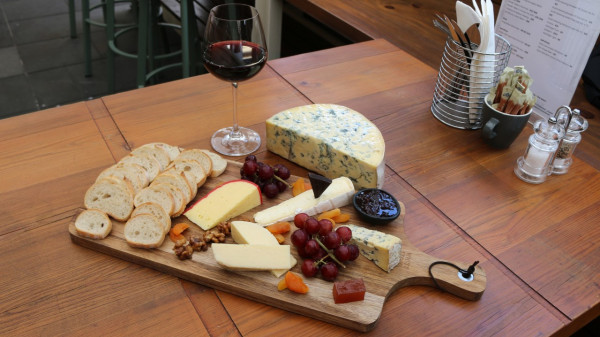 Last but not least was the Vintage Five Forks – a half goat, half cow milk combination cheese that’s been aged since 2018. The aging process gives it a bit of a crunch, but the distinct pineapple nutty flavours gave it a sweet finish to boot.

Despite having eaten so many cheeses already, it would have been criminal for me to not try Whitestone’s famous cheese rolls. A well-established favourite down south, Mahana told us that it’s quickly become a favourite of the office workers across the street as well, who routinely make the trip during lunch rush in order to satisfy their cravings. And I can honestly say that they live up to their legendary reputation. Lightly toasted and buttery on the outside, as you bite into these beauties, you get a mouthful of silky-smooth cheese that warms the soul. A dip into the sweet and spicy chutney only enhances the experience. Awash with the intoxicating flavours, I made the mistake of asking Mahana what kind of cheese was in the cheese rolls. The look she gave me said it all - this one’s a trade secret! 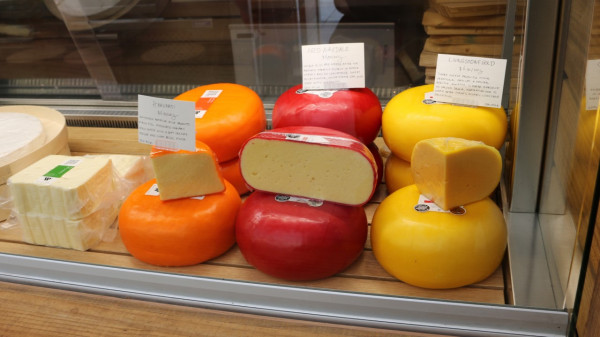 Completely satisfied already, I just couldn’t bare to walk away without trying at least one more delicacy off the menu. The choice was difficult, but Maddie and I settled on the Fried Ferry Road haloumi chips. And what a fantastic choice it turned out to be – the fresh, crisp exterior matched with the soft, chewy inside played out like a symphony on my palate. The sweet, zingy pomegranate molasses and fresh tzatziki on the side brought everything to a resounding crescendo. There was no way I was going to top a finish like that!

If you’re in Auckland’s Wynyard Quarter, I highly recommend a visit to Whitestone Cheese Bar. Whether for a light lunch or a cheesy spin on your after-work drinks, it’s a one-of-a-kind experience where anyone can get a true taste of the south.

Visit Whitestone Cheese Bar at 17 Jellicoe Street, Wynyard Quarter from Wednesday to Sunday, 10.30am-5pm. And go online to whitestonecheese.com to shop their range of amazing cheeses!