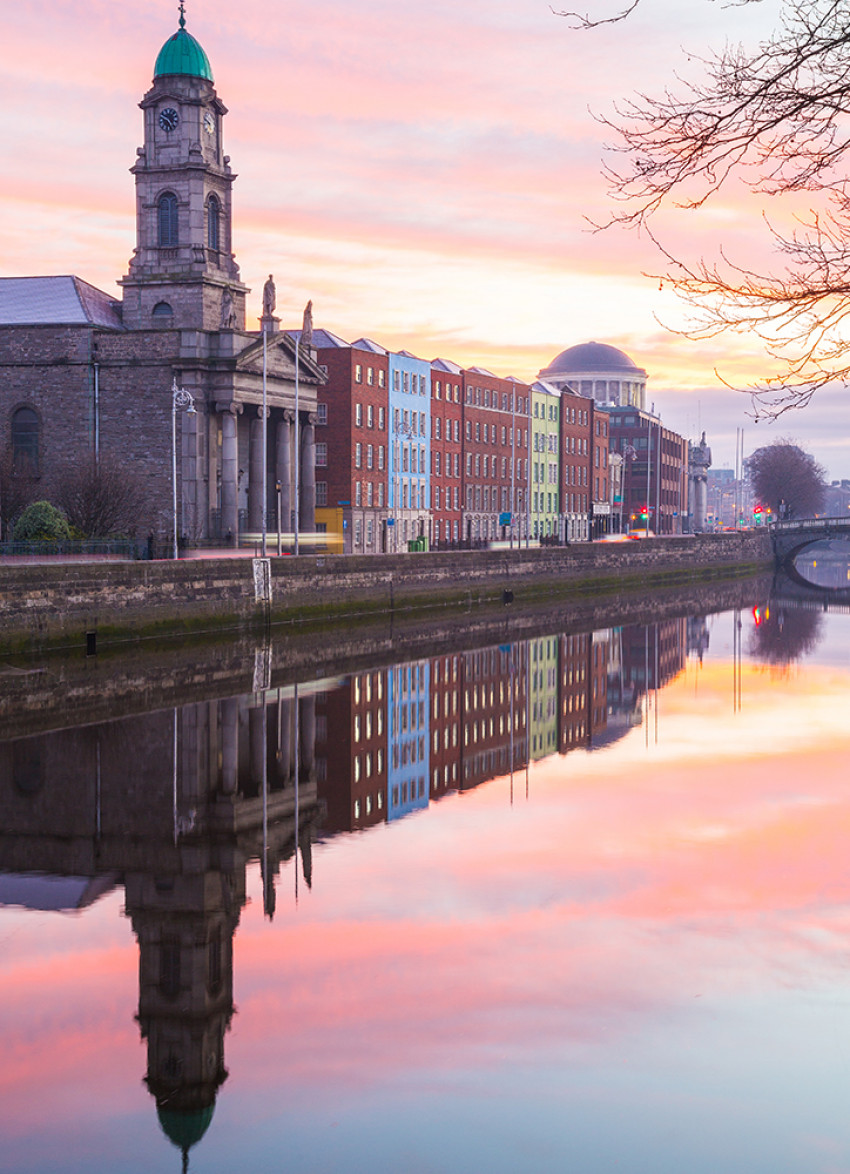 Dublin is well established as the perfect destination for lovers of history, culture and the craic. But it’s starting to appear on gastro tourists’ lists too as the city’s thriving food scene establishes itself as a hotspot for the hungry.

The essence of Irish cuisine is in the ingredients. Much like New Zealand, the country is blessed with rich soils, a temperate climate and plenty of rain – the perfect conditions to produce a bounty of world-class meat, dairy and vegetables. As an island nation, abundant seafood is also easily accessible.

Much as Dublin itself is steeped in history yet alive with a buzzing, youthful vibe, the general culinary ethos is built around respect for the solid foundation of those quality ingredients brought to life by a new generation of restaurateurs and chefs.

The new guard has on some level been born out of the recession in 2008; when many restaurants were forced to close their doors during the global financial crisis, chefs went abroad to find work. While away they learned new techniques and discovered new flavours. Now that the boom is back, returning and immigrant chefs are taking top-quality Irish ingredients and injecting them with a little international flair.

This isn’t to suggest that there’s anything unnecessarily complicated going on – respecting the provenance and seasonality of the ingredients, utilising quality artisanal products and a farm-to-table spirit remain at the beating heart of the best food in Dublin. 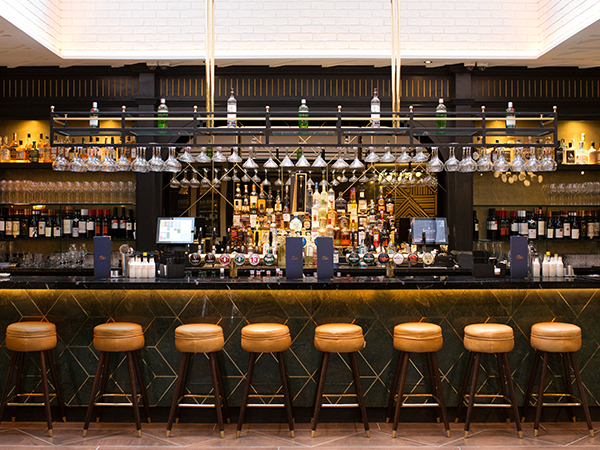 With a burgeoning craft beer and spirits scene to complement the confident cooking, gourmet travellers will find Dublin is a dynamic destination to rival any other in Europe. 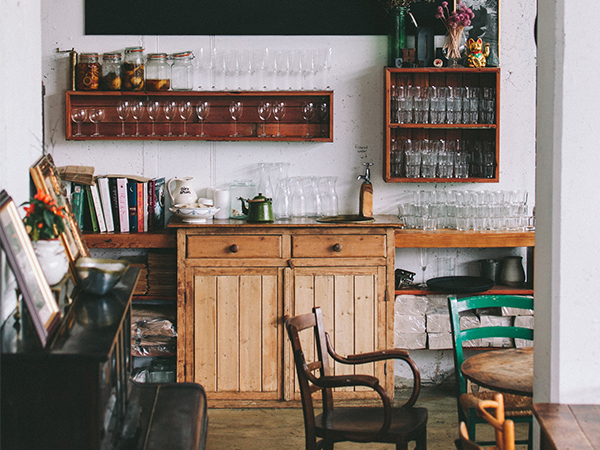 PI
A relative newcomer, PI had punters proclaiming it the best pizza in the city from the get-go. Chef Reggie White trained at the renowned Ballymaloe Cookery School and, along with co-owner John Savage, is a self-proclaimed wood-fired pizza fundamentalist. The pared-back menu of eight pizzas allows their focus to remain on their passionate pursuit of the perfect pie. Only top-quality ingredients see the inside of the hand-built oven, from imported Italian flour to the best mozzarella and chorizo sourced from Cork.

The Fumbally
This is the top spot for breakfast or lunch when en route to or from some of the tourist attractions in the area – such as the Teeling Whiskey Distillery, Christ Church and St Patrick’s Cathedrals and the Guinness Storehouse. The Fumbally serves up great coffee and simple, seasonal food, which is also local, organic and ethically and sustainably sourced where possible. The non-alcoholic drinks are made in-house, as is the fermented kimchi and hot sauce you can use to add zing to your dish. Even the vinegars are made from the leftover pulp from juicing.

Rustic Stone
Michelin-starred chef Dylan McGrath has owned a number of Dublin eateries in his time but Rustic Stone has had the most longevity so far. The ethos here is to provide nutritious meals without sacrificing flavour and is realised in an extensive menu offering top-quality cuts of meat served on sizzling hotplates, superfood salads, a raw lunch menu, a large vegetarian selection and sugar-free cocktails and desserts. There’s nothing pious or mean about the food or the lively-yet-laidback atmosphere though – you’d never know that the indulgently rich-tasting Braised Beef Shin with Truffle Tagliatelle was low in saturated fat.

The Woollen Mills
The Woollen Mills’ mission is to be “quintessentially Irish, local and of its locale”. And its locale doesn’t get much better – on the quays along the River Liffey overlooking one of Dublin’s iconic landmarks, the Ha’penny Bridge. This ‘Eating House’ can feed you at any time of day, whether you’re after freshly baked goods from the onsite bakery for breakfast, a takeaway lunch from the deli counter or a place to linger over a few courses while taking in the Dublin cityscape. Most of the dishes on the menu – from classic grilled options, diner classics and a good plant-based and vege selection – name-check the local produce they are built around.

Avalon
Owner Sheerin Wilde is a stalwart of the Dublin hospitality scene and his background shows in a seamless dining experience you’ll want to take your time over. Wilde is a sommelier with extensive knowledge and can confidently suggest the perfect wines to match the contemporary Irish dishes with Asian-style flavours. The Slow-roasted Pork Belly in Master Stock is a standout.

Bunsen
Bunsen aren’t lying with their tagline ‘straight-up burgers’ – their menu, small enough to fit on a business card, comprises two types of burgers and three types of fries. But the confidence required to present such a small offering is well placed and the cooked-to-order burgers – with patties made from three cuts of local beef and hand-made buns – are possibly the best you’ll ever try. 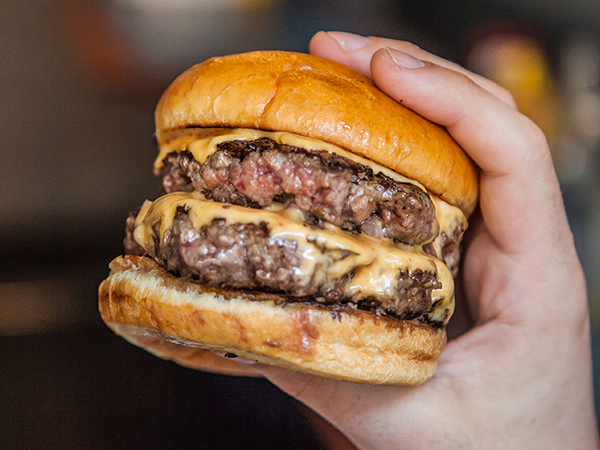 Cleaver East
Helmed by Michelin-starred chef Oliver Dunne, Cleaver East is right in the heart of Temple Bar, one of Dublin’s buzzy cultural centres. As the name might suggest, there’s a focus on signature beef cuts, but for the less carnivorous there are plenty of local seafood options. Or if the whole table is game, you can try the five-course surprise tasting menu. It’s also a great spot for a weekend brunch or for a later supper on Fridays and Saturdays. Eatyard
This permanent street food market showcases a rotating selection of food trucks every Thursday to Sunday for lunch and dinner. It’s a great place to sample some of the more international elements that are becoming an important part of the Irish food scene. The founders regularly host food-centred and music festivals – check the website for what’s on while you’re in town. 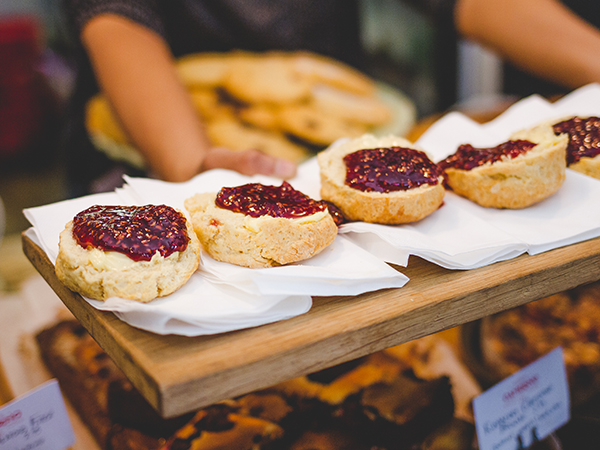 Dublin Foodie Tours
Food writer Ketty Quigley is a fount of knowledge about food. She’s also French and if someone from one of the gourmet centres of the world has devoted her career to extolling the virtues of the Dublin food scene you know there’s something special going on here.

Ketty introduces her guests to some of those special things on her interactive, informative tour, from an award-winning gourmet Irish coffee to start the day to generous tastings of traditional Dublin coddle, oysters from beds that have been producing since the 16th century and gourmet Irish brown bread ice cream. Each of the independent producers and restaurateurs are passionate about and proud of their offering and happy to share the story behind the samples.

In between tastings, Ketty offers insight into how elements of Dublin’s culinary heritage and history have impacted the food Dubliners eat and produce today. Arrive hungry for this fascinating foodie experience.

There are plenty of other tours-by-foot to choose from, depending on your interests.

Dublin Literary Pub Crawl
Dublin is a Unesco city of literature – several world-class writers have been born and bred here. Starting at The Duke pub, two actors take you on a tour of Dublin’s historic pubs, introducing some of those literary legends and performing scenes from their works. 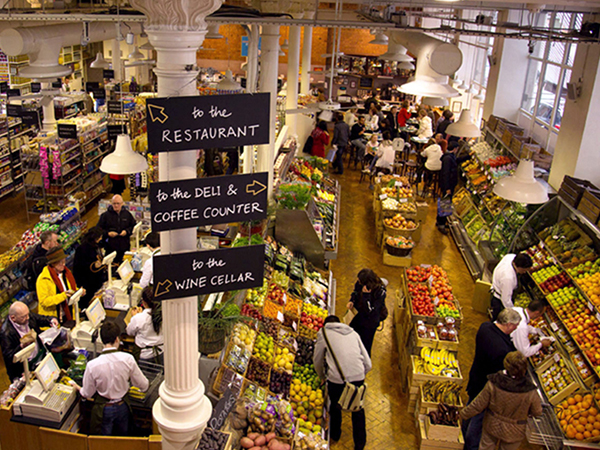 1. Designist
If you’re after a unique memento of your time in Dublin but despair of the plethora of mass-produced Guinness and leprechaun-themed tat on offer, head to Designist for a quality selection of some of the coolest and quirkiest gifts, homewares and art in the city. The independent shop showcases the best of Irish and international design and they also sell online, so if you regret leaving that special something behind you can always order it when you get home.

2. Fallon & Byrne
Foodies should add the Food Hall at Fallon & Byrne to their list of must-see sites in Dublin. Stocked with all the freshest produce and best artisanal food from producers all over Ireland, you’re sure to pick up a souvenir or two to savour. If you’re peckish after all the perusing, make your way downstairs to the wine cellar for some ‘wickedly quaffable bottles’ accompanied by bar food. Or head upstairs to the restaurant for fine seasonal fare.

3. Dublin Flea Market
Fossicking at the Flea is a wonderful way to while away an afternoon if you’re in town for their monthly markets. All traders are
Irish-based creative start-ups or small enterprises. You can pick up everything from original art and clothing to jewellery and antiques and there’s a real community vibe among the traders and visitors so it’s a great place to get chatting to locals.

1. Iveagh Garden Hotel
A traditional Georgian façade gives way to a polished modern interior in this four-star hotel. Close to Stephen’s Green, Iveagh Gardens and some of the best restaurants, nightlife spots and shopping districts in town, the hotel is ideally situated. The rooms are stylishly appointed but behind the elegance are some seriously smart eco-friendly initiatives. The hotel was designed with the aim of becoming Europe’s first fully sustainable green hotel and delivers with a heating system powered by the underground river that runs beneath the hotel, smart control lighting systems and guest toiletries in water-soluble packaging.

2. The Devlin
This is a cool spot to base yourself for a few days in Dublin. It’s located in Ranelagh, a buzzing urban village, and there are great transport links into the city centre or it’s an easy half-hour stroll. The boutique hotel is small in size but big on spec, boasting a rooftop restaurant and terrace, coffee hatch, luxury cinema and cocktail bar. Similarly, while the rooms are on the smaller side they’re smartly laid-out and kitted out with SMEG mini bar fridges, Dyson hair dryers and Nespresso coffee machines. Check out the original Irish art on display throughout. Dublin is a city of two halves (the northside and the southside) and the Liffey provides a natural dividing line before opening out onto Dublin Bay. Compact and flat, the city centre is very walkable, with good public transport links to outer suburbs and along the coast by bus, LUAS (tram) and DART (rail).