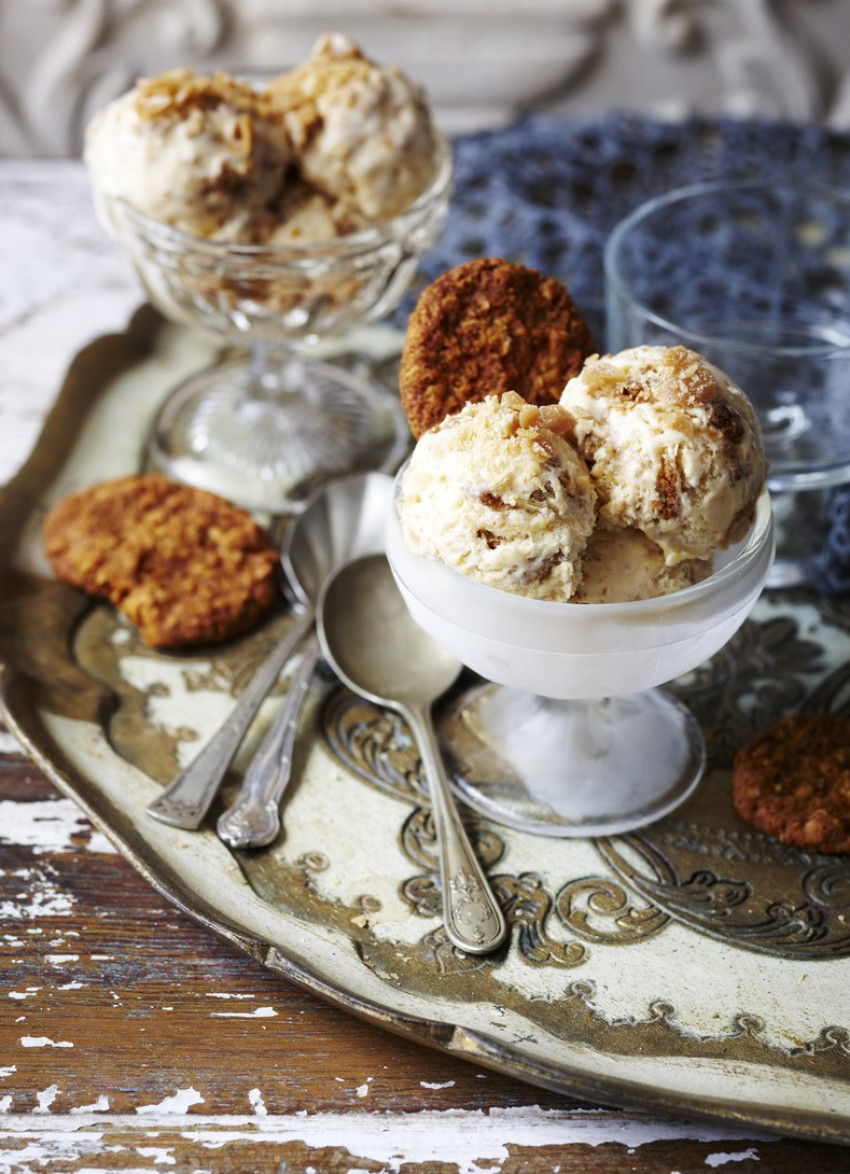 A generous helping of crunchy Amaretti biscuits and nuggets of toffee make this a rich but light dessert.

Whisk the cream to soft peaks then chill until ready to use.

Separate the eggs and place in two separate bowls. Whisk the egg yolks with the ½ cup of sugar and the ginger until thick and pale.

Whisk the egg whites with the 2 tablespoons of sugar until stiff peaks.

Give the cream a quick stir then fold into the egg mixture along with the biscuits and toffee.

Tip the mixture into the tin. Cover with plastic wrap and freeze until frozen, preferably overnight.

To serve: Scoop into bowls and top with extra crushed toffee and biscuits.

Cook’s tip: I put the toffees in a strong plastic bag and give them a bash with a hammer or pestle. Don’t use your wooden rolling pin as the toffees will dent it.