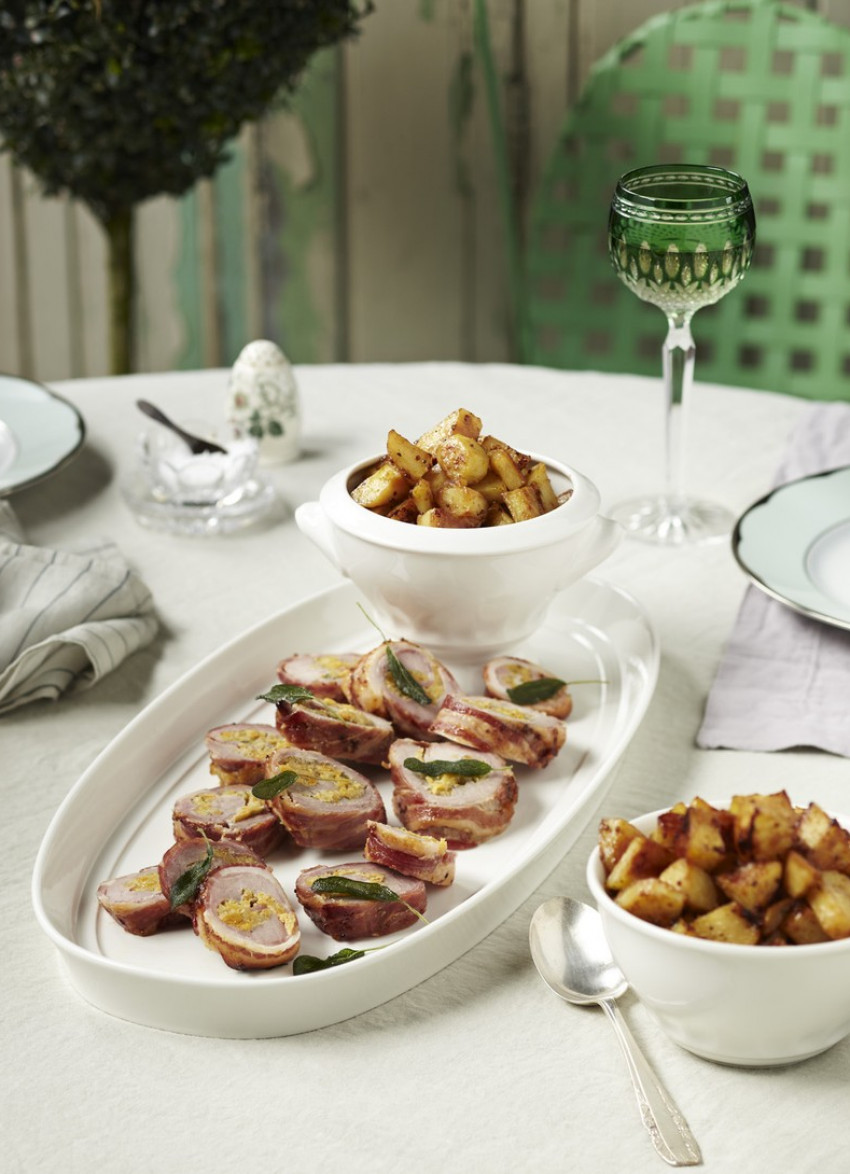 Impress your dinner guests with this stunning roasted pork dish. It is moist, tasty, and well balanced with the sweetness of apricot and aroma of sage.

Stuffing: Place all the ingredients in a food processor and process to a thick paste.

Pork: Trim the sinew from the pork, then using a sharp knife, slice each fillet lengthways through the centre, stopping 1 cm before cutting right through.

Open each fillet out and place on a board between two large pieces of plastic wrap. Use a rolling pin to pound the meat until it is about 1 cm thick all over and large enough to roll up.

Lay half the bacon rashers side by side on a piece of baking paper and place one piece of pork on top. Season and spread with half the stuffing. Using the baking paper as a guide, carefully roll up with the bacon and secure at intervals with butcher’s string. Repeat with the second fillet and place both on a large lined baking tray.

Combine the jam and mustard and brush half the glaze over the pork. Toss the potatoes with olive oil, season and place around the pork fillets. Roast for 25 minutes, brushing once more with the glaze and turning the potatoes. Remove the pork to a platter, cover loosely and rest. Return the potatoes to the oven and continue cooking until tender. Remove the string from the pork and slice. Arrange on a serving platter with the potatoes. Garnish with fresh sage leaves that have been cooked for a few seconds in a little hot oil until crisp.