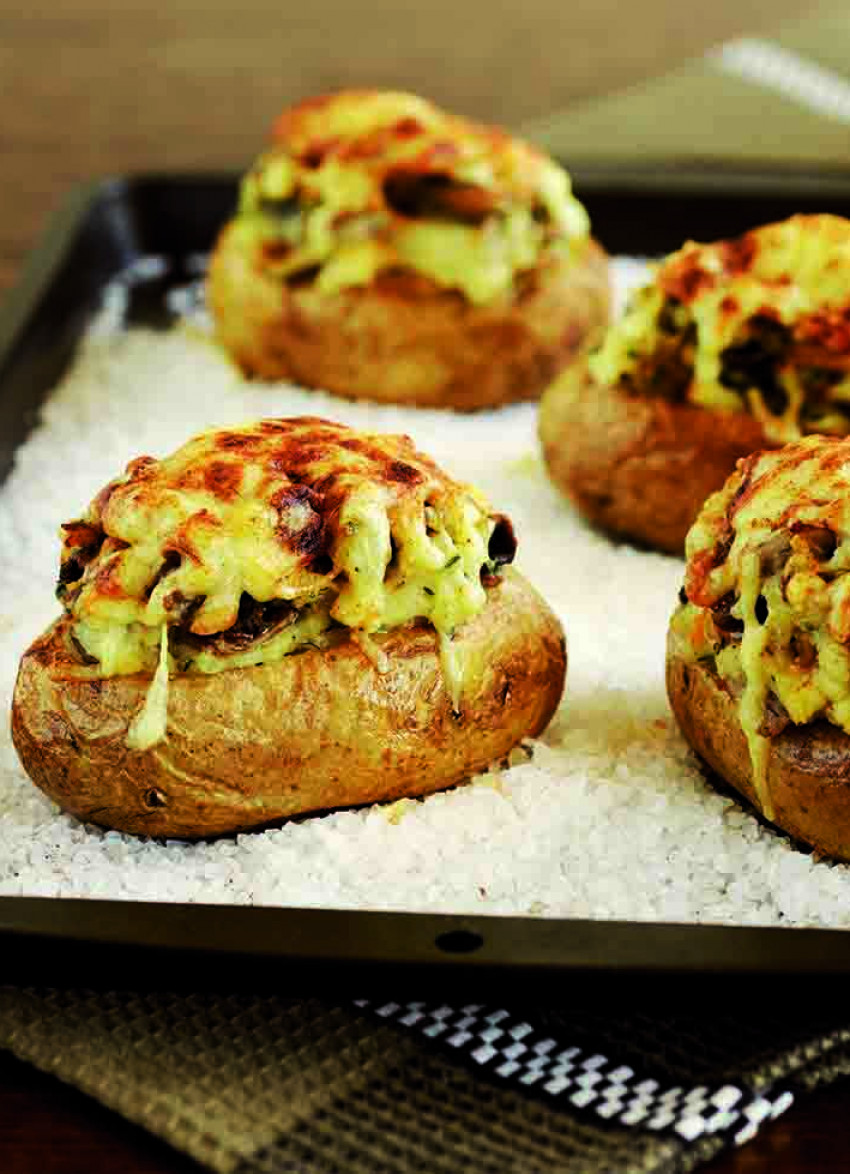 Take your jacket potatoes to new heights by stuffing the with mushrooms and bacon. This recipe is perfect for those cooler nights.

Score a thin line ⅓ of the way down each potato to form a lid, cutting in ¼ cm. Sprinkle the salt in a baking dish and place the potatoes on top.

Bake until tender when pierced with a skewer. Set aside, covered with a tea towel. Heat the oil in a large sauté pan and add the butter. When sizzling, add the garlic, bacon and the mushrooms and turn to coat. Season and cook, stirring occasionally, until both are golden and the mushrooms are cooked. Stir in the parsley.

Hold each potato in a tea towel and cut around the scored line. Lift off the tops. Scoop out the flesh, including what is on the lids, and place in a large bowl. Mash the potato with the crème fraîche, butter and half the cheese. Season and fold through the bacon and mushrooms.

Spoon the filling into the shells, mounding it above the rim of the potato and put them back on the baking tray. Sprinkle the remaining cheese over the top and dust with paprika. Return the tray to the oven until the cheese has melted and the filling is hot.

Note: The salt is not intended for consumption.