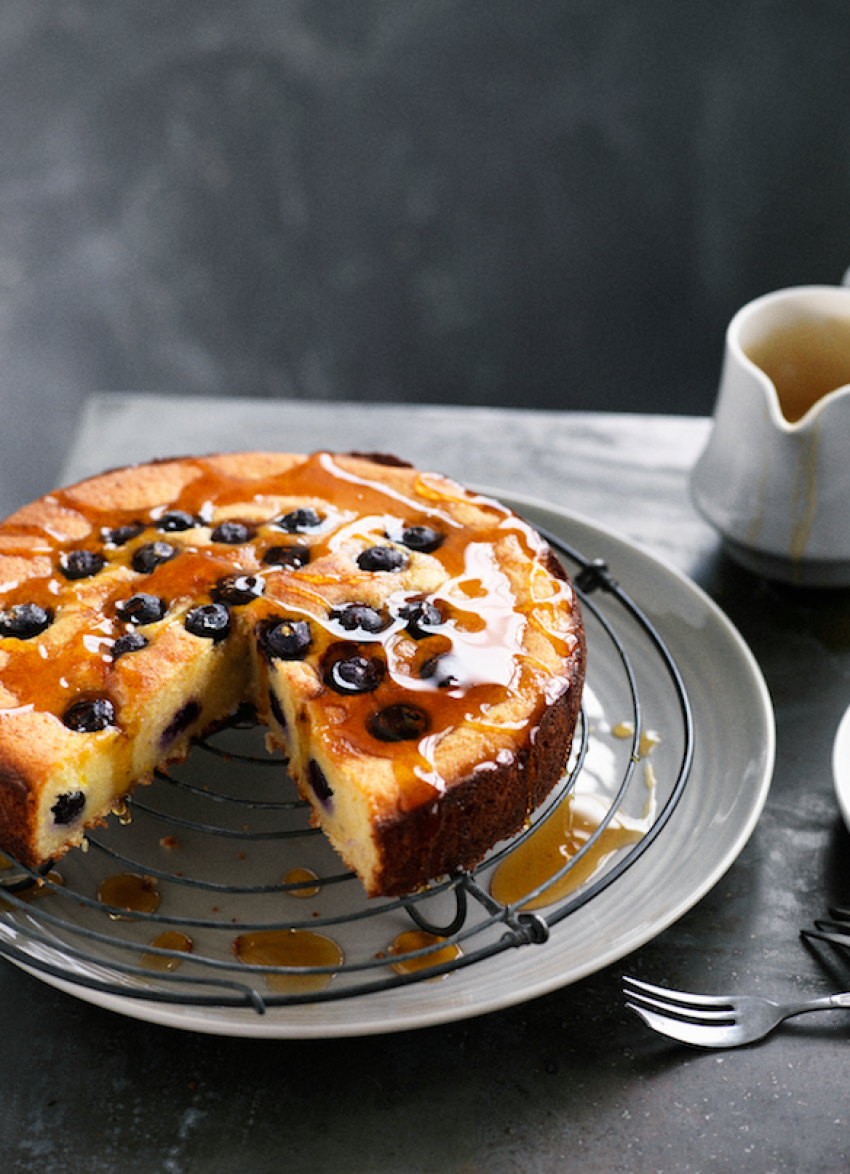 Annabel Crabb and Wendy Sharpe have teamed up to create a recipe book Special Delivery: Favourite food to make and take. Each recipe is offered up with transport instructions – or an implicit promise if you want to eat it straight from the tin.

Preheat the oven to 180°C. Tip the ricotta into a fine sieve set over a bowl to drain while you make a start on the cake.

Using an electric mixer, cream the butter and sugar until light and creamy, then beat in the zest, followed by the egg yolks, one at a time. Add the ricotta and whisk again – the mixture should be quite fluffy. Fold in the almond meal, then sift in the flour and baking powder, mixing to combine.

In another bowl, whisk the egg whites with a pinch of salt to medium peaks. Take a critical look at the consistency of your cake mixture: if it seems too stiff to gently accommodate the whisked egg whites, stir in a dash of milk to loosen it. Now carefully fold in the egg whites.

Put your blueberries in a bowl and sprinkle with a scant teaspoon of flour (this will help to stop them from sinking to the bottom of the cake).

Pour half the batter into the prepared tin. Sprinkle over all except a few of the blueberries, avoiding the very edges so the finished cake will have solid walls. Add the rest of the batter and sprinkle with the remaining blueberries, using your finger to push them a little way into the batter.

Bake for 35–40 minutes. It can be tricky to tell when this cake is cooked in the middle. Because it’s so moist, a knife will come out clean 3–4 minutes before it is actually cooked, so give it a little extra time in the oven after this, until it has a golden, slightly crisp crust.

Lady Grey Syrup: Meanwhile, forge your strong three-bag brew in the boiling water. After 5 minutes, transfer the tea to a small saucepan with the sugar and orange juice. Bring to the boil, then let it bubble away for 5 minutes to make a thin syrup. Leave to cool until just warm, then transfer to a serving jug.

Cut the cake into slices, then pour over the syrup when serving.

To transport: Carry your cake in an airtight container, with the jar of syrup riding shotgun. 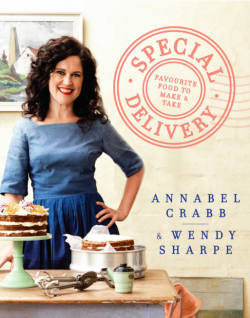 This is an edited extract from Special Delivery: Favourite food to make and take by Annabel Crabb and Wendy Sharpe. Published by Allen & Unwin RRP$45.00.