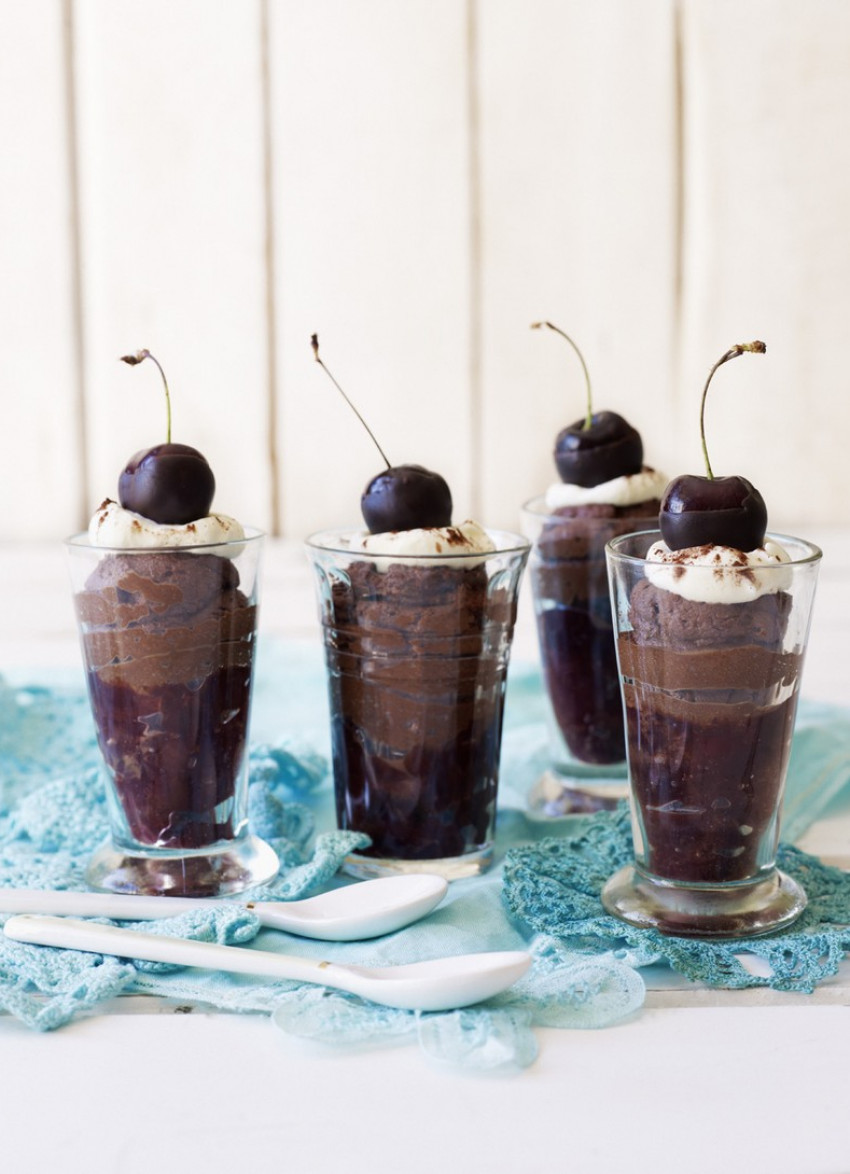 These little glasses of cherries and mousse are a very rich but perfect ending to a meal.

Mousse: Heat the cream in a small saucepan to just below boiling point. Put the chocolate in a heatproof bowl, pour over the cream and stir until smooth. Add the liqueur and refrigerate until well chilled.

Whisk the egg white to soft peaks then gradually beat in the sugar until thick glossy. Using a large metal spoon, gently but thoroughly fold the egg white through the chocolate mixture until no white streaks remain. Spoon the mousse over the cherries, cover and refrigerate for up to 3 days.

To serve: Top the mousse with a dollop of cream, a cherry and a pinch of cocoa.

Cook’s note: The cherries used for topping can be dipped in melted dark chocolate then left to dry on baking paper.