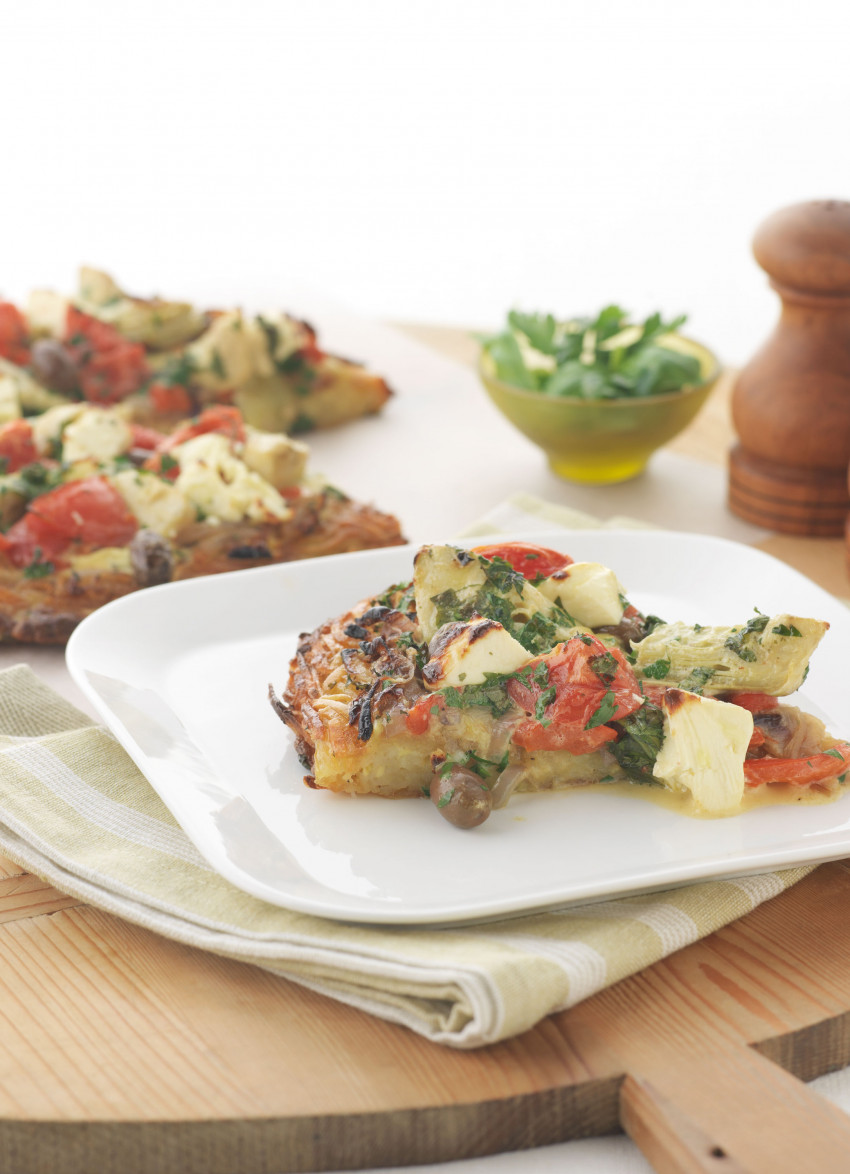 Heat the oil in a 30 cm non-stick, oven-proof sauté pan. Cook the rosemary, onion, capsicum and garlic until soft. Season, remove from the pan and set aside.

Coarsely grate the potatoes or julienne on a mandolin and place in a tea towel. Squeeze out as much moisture as possible.

Transfer the potatoes to a bowl, season generously and mix through the melted butter. Heat a little oil in the same pan and spread the potato over the base in an even layer. Cook over a medium heat for about 15 minutes or until the base is golden and crisp. Turn over and cook for another 10-15 minutes. Put the pan in the oven and cook for another 15 minutes to ensure the potato cake is cooked all the way through. Undercooked and/or under-seasoned potato is not pleasant to eat.

Preheat the grill to high.

Whisk the eggs, cream and Parmesan together, season and stir in half the chopped herbs. Spread the cooked vegetables and the artichoke hearts over the potato base and pour the egg mixture over the top. Sprinkle with the feta, tomatoes, olives and the remaining herbs. Cover and cook over a medium heat until the eggs are nearly set.

Place under the grill until golden. Serve immediately.