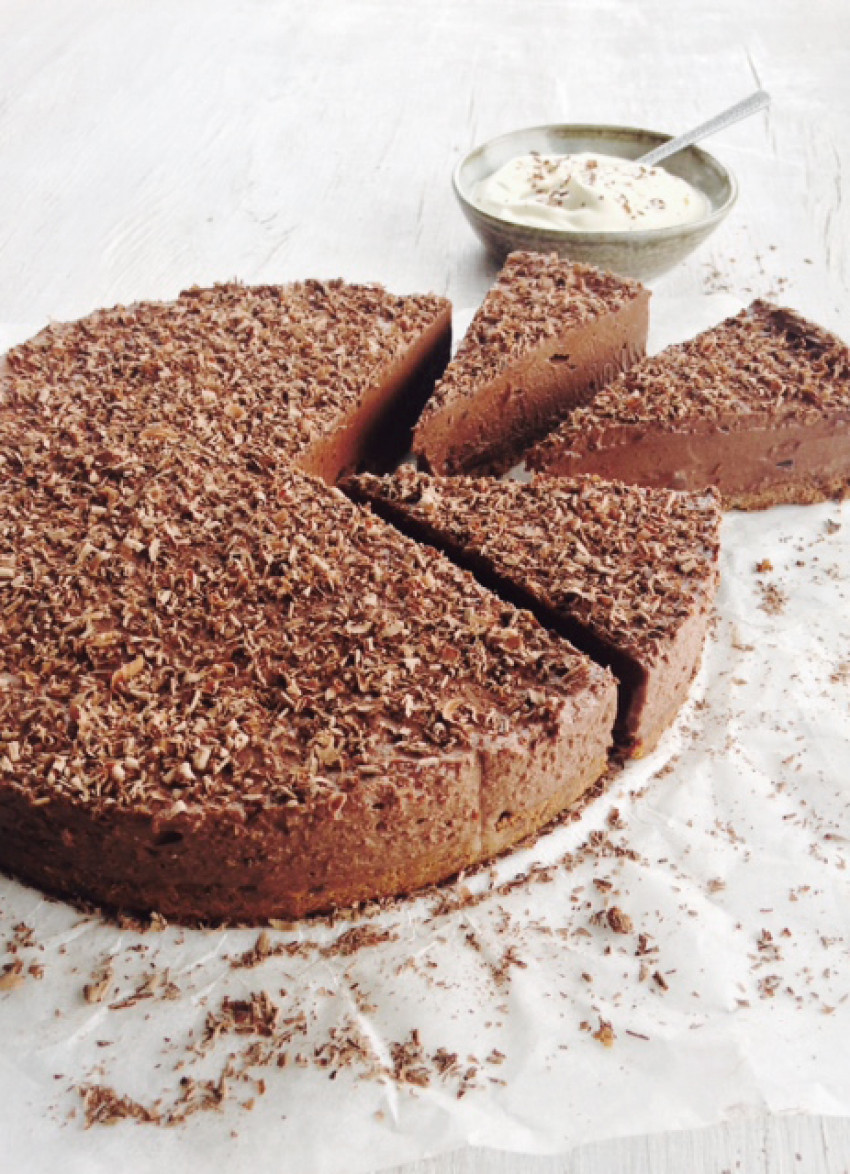 This creamy, light and super delicious no-bake dessert is a cross between a cheesecake and a mousse. It is very rich so small slices are recommended.

Tip into the tin and press to an even layer then use the back of a teaspoon to compact the crumbs firmly.

Mousse: Place the chocolate in a heatproof bowl over a saucepan of simmering water until melted. Don’t let the base of the bowl touch the water. Set aside until just cool.

Whip the cream until only just starting to form soft peaks. Set aside.

Beat the cream cheese and sugar until light and fluffy and the sugar is dissolved. Beat in the cocoa and Cointreau or brandy. Add the cooled chocolate and fold in until just combined and smooth. Don’t over-mix or it may split.

Gently fold in the whipped cream until combined.

Pour the mousse over the biscuit base and smooth the top. Refrigerate for several hours until set.

To serve: Remove from the tin and grate over extra chocolate or just a dusting of cocoa. Softly whipped cream is a fine accompaniment. Serves 12

Cook's tip: It is important that the cream cheese and the cream are both at room temperature before you start the recipe otherwise the mousse will seize and go lumpy.

Make it with your own favourite flavoured chocolate and liqueur match.