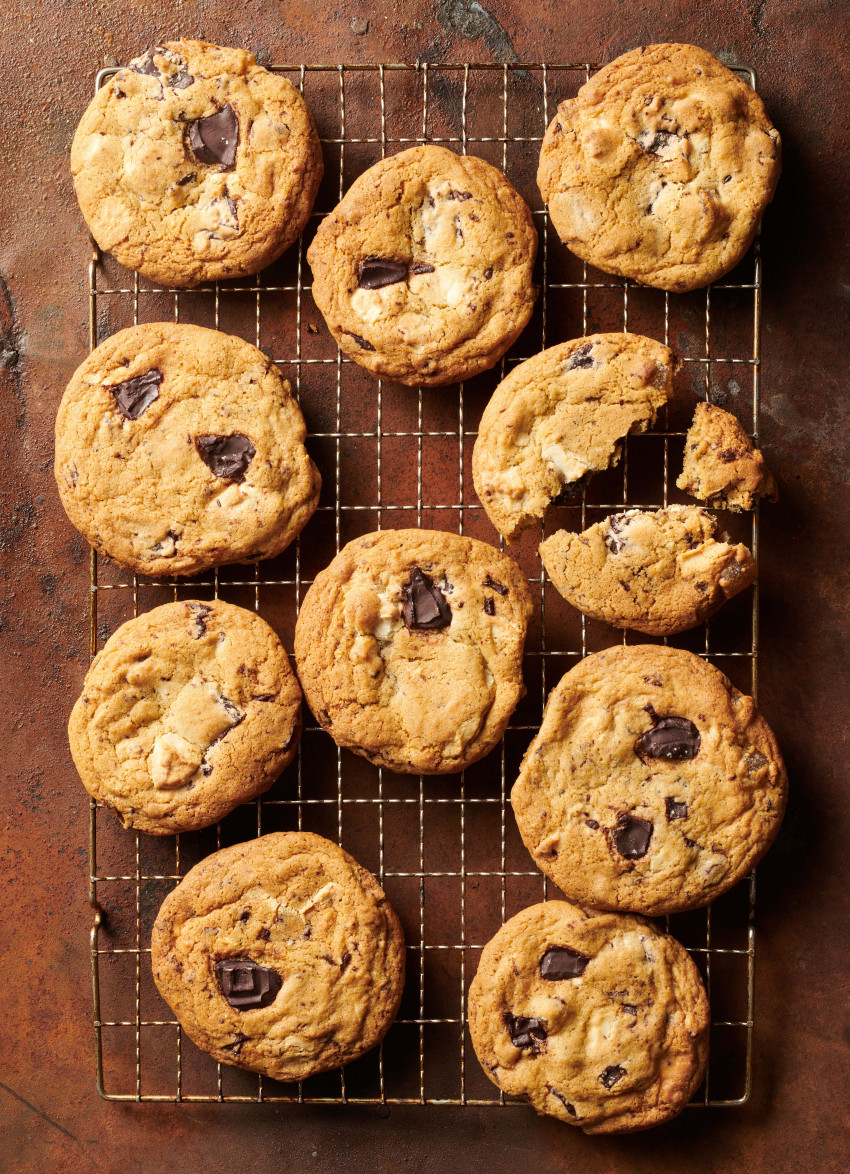 Put the butter and sugars in the bowl of an electric mixer and beat for 8-10 minutes, or until light and creamy. Add the egg and vanilla and beat until well combined. Sift in the flour, ground ginger and baking soda and beat until just combined. Stir in the chocolate and crystallised ginger.

Roll heaped tablespoonfuls of the mixture into rounds and flatten slightly. Put on the prepared baking trays, allowing plenty of room for spreading. Bake for 12-15 minutes, or until lightly golden. Allow to cool on the trays and serve.