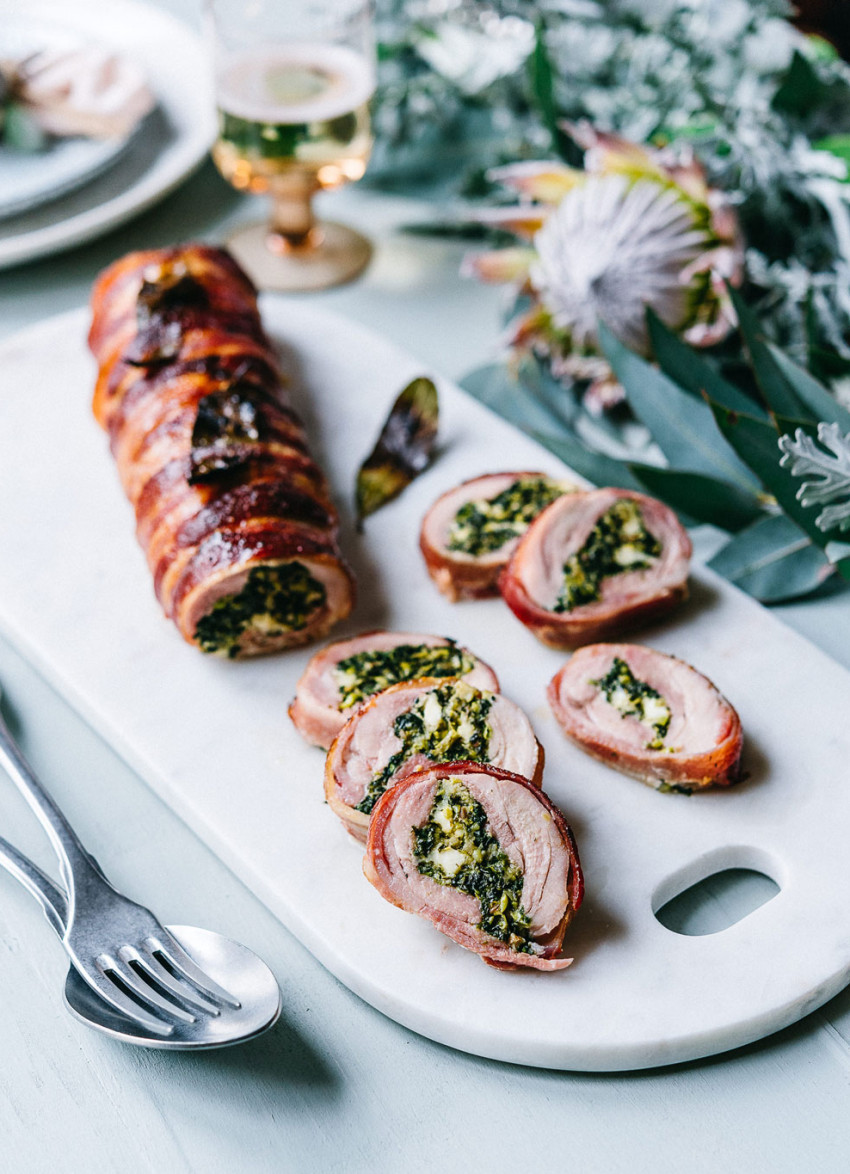 Chicken thigh meat gets a cheesy herb stuffing then wrapped in maple-glazed bacon, keeping the meat tender and juicy.

Stuffing: Place the spinach in a heatproof bowl and cover with boiling water.

Stir to wilt then drain well. Refresh in cold water then roll up in a clean tea towel and squeeze out excess water.

Place in a food processor with the peas, garlic, lemon zest, fennel seeds, both herbs and the breadcrumbs.

Season well, then process until combined but not to a paste. Tip into a bowl, crumble in the cheese and stir through.

To assemble: Lay 2 large sheets of baking paper overlapping on the bench.

Place the bacon, slightly overlapping each slice in a line across the paper, along the edge closest to you.

Put 1 row of 3 chicken thighs along the edge closest to you then place the other 3 butting up against them to make a rectangle. Season with salt and pepper and spread the stuffing over the top, pressing it on evenly.

Using the baking paper as a guide, roll up the chicken away from you into a tight log ending with the seam of bacon underneath.

Carefully transfer the chicken on the baking paper to a large roasting dish. Brush with maple syrup and a grind of pepper and tuck bay leaves, if using, under bacon. Roast for about 40 minutes, occasionally brushing with pan juices during cooking.

To test if it’s cooked, insert a skewer and the juices should run clear.

Rest the chicken loosely covered for at least 10 minutes before slicing.