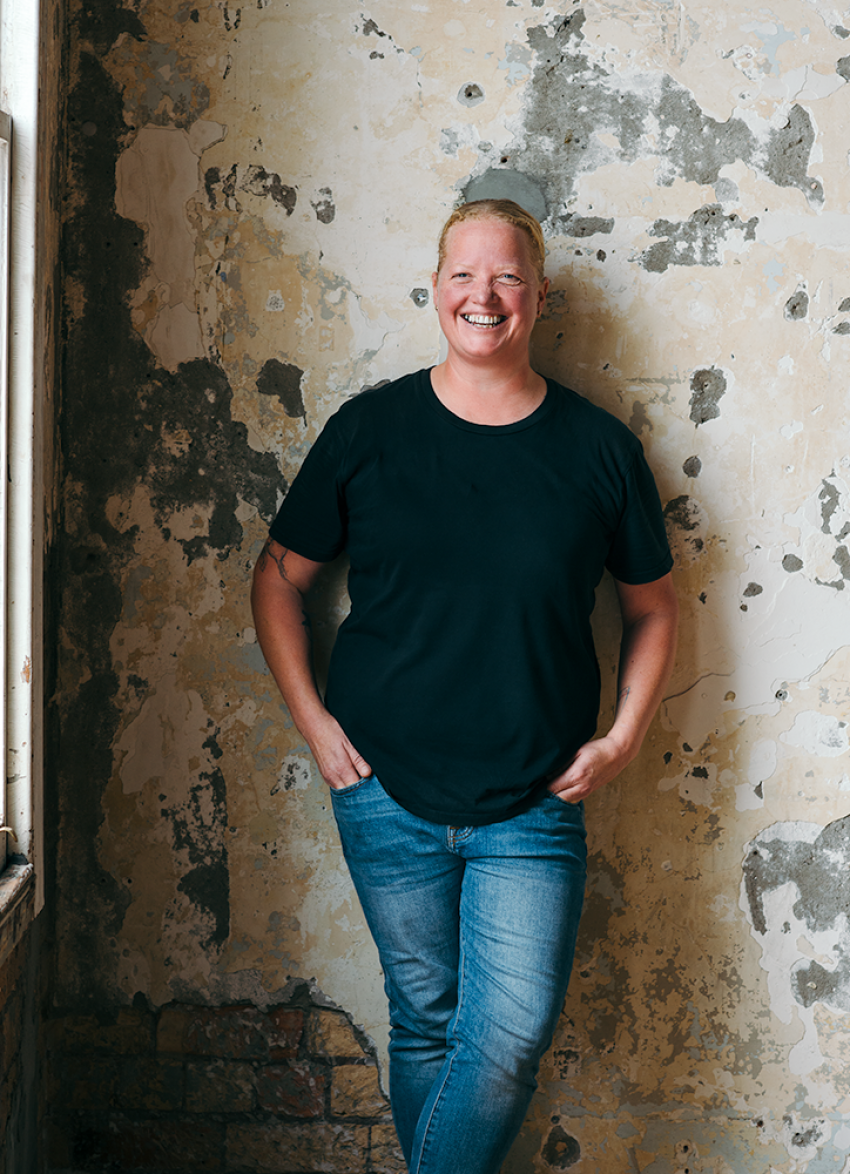 Jo is executive chef at Hipgroup, owner of Amano, Ortolana, Milse and The Store. She presents her recipe for the mouthwatering Agria Gnocchi, Mushrooms, Anchovy Salsa Verde. 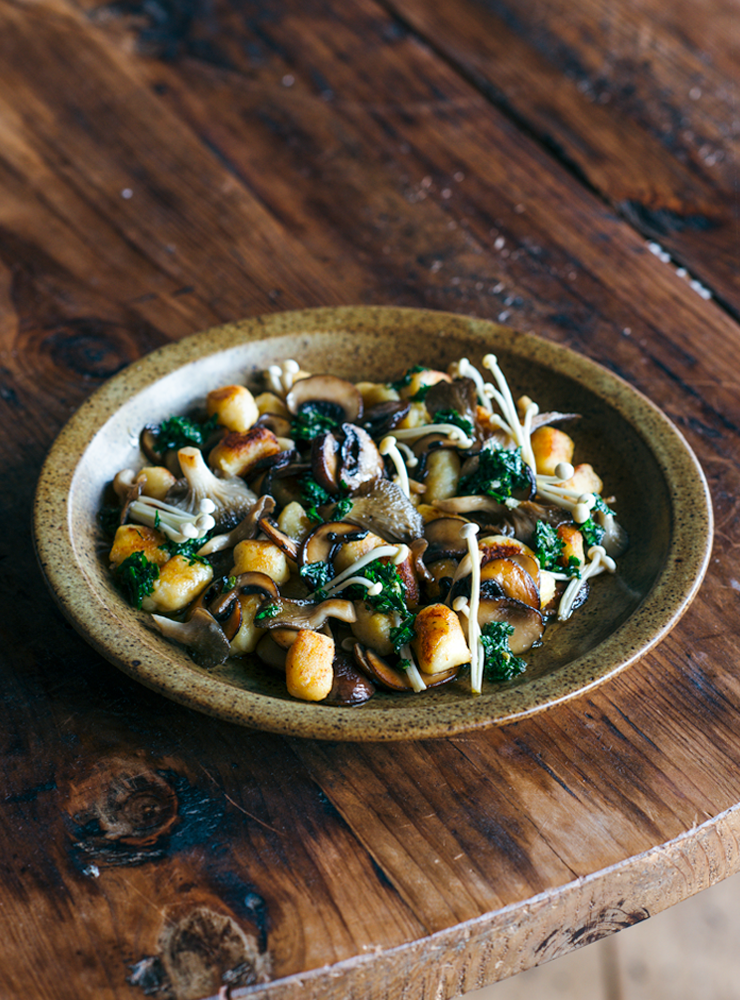 Salsa Verde
Combine all the ingredients; add the olive oil before the lemon juice so the herbs don't turn brown. Season well.

Gnocchi
Prick the potatoes and bake at 190°C for 1½ hours, or until they are baked and dry. Cut in half when they are just cool enough to handle, scoop out the flesh and force through a sieve or potato ricer. Working quickly while the potato is still warm, add the flour, salt and yolk and mix until the dough just comes together. Tip the dough out onto a floured bench, divide into 6 and roll into 1cm-thick logs. Chop into 2cm pieces and roll in flour. Cook the gnocchi in salted boiling water until they float (approximately 1 minute) then chill in iced water and drain well.

To assemble: Preheat 2 large pans until hot, pan-fry the gnocchi in 30ml oil in each pan until golden then move to one side of the pan. Add the mushrooms and sauté. Add the stock or water then the butter to make an emulsion; toss the pan. Add the lemon juice and season to taste then finish with the parsley. Divide among 4 plates and top with salsa verde, pecorino and pangritata.

Jo, on why she chose this recipe: With this dish, it takes a bit of practise to get the gnocchi tender. It will show off a bit of skill for your friends. The mushrooms are a celebration of what is coming into season. When I have friends over to eat I like it to be casual, relaxed and generous. It’s more about having a good time and sharing great food than taking two days to prepare. As people arrive, I’d probably give them a Cappelletti Spritz. It’s the best pre-dinner drink, between an Aperol and a Campari. We found it in the bars in San Francisco. It’s still made by the family, with botanicals.

What we serve at Amano is what I cook at home. It’s fresh, it’s salads, it’s simple pasta. If it’s a protein dish my focus is always on the vegetables that go with it, and the protein is a side partner. I love cooking for people. That’s why I don’t like them in the kitchen with me. I like cooking for them, letting them relax. There is something special about cookingand caring for people – same as restaurants,
right? I did a lot of baking and cooking with mum the week I had off during lockdown.

As for music, when I think of dinner parties I think of Dean Martin as that’s what my mum played! Connie Francis too. It’s such cool music to cook to.

[Since we re-opened Amano], it's been fully booked all week. The bakery is doing awesome trade. People just wanted to come out.