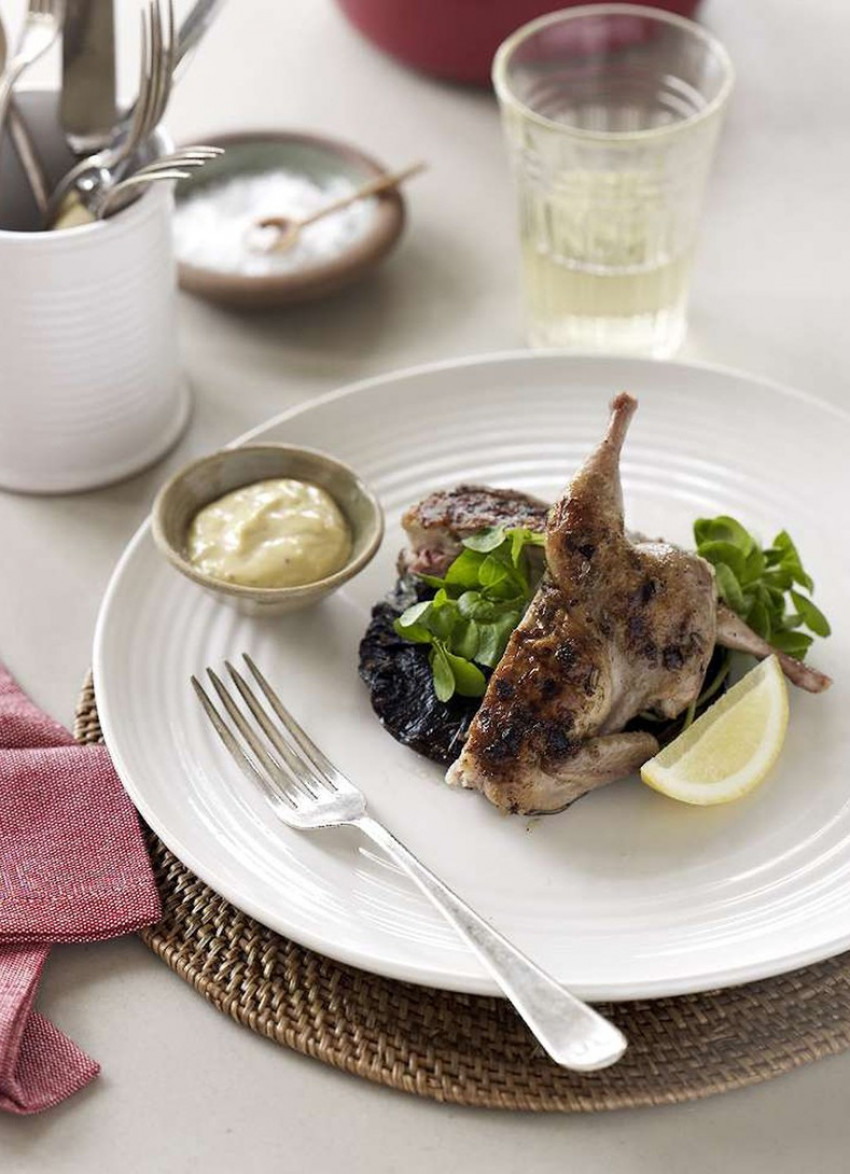 Spice rub: Combine all the ingredients in a bowl.

Quail: Using kitchen scissors, cut down either side of the back bone and discard. Turn the quail skin side up and snip through the wishbone so the quail lies flat.

Rub the spice paste over both sides of the quail. Cover and marinate for at least two hours or refrigerate overnight.

Aioli: Put the rosemary, garlic and both oils in a small saucepan. Place over a very low heat until the garlic and rosemary just start to sizzle. Don’t brown the garlic or it will taste bitter. Tip into a jug and cool. Don’t strain, as the aioli is made with the rosemary and garlic still in the oil.

Put the egg yolks, mustard and balsamic vinegar in a food processor and blend. With the motor running, slowly drizzle in the rosemary and garlic oil to make a thick emulsion. Season well and add a squeeze of lemon juice.

To cook: Preheat the barbecue. Season the quail and place skin side down on the barbecue. Grill for about 5 minutes until nicely browned. Turn and cook for another 3-4 minutes. Remove to a plate, cover loosely and rest for 10 minutes.

Brush the mushrooms with olive oil and season. Grill both sides until tender.

To serve: Place the mushrooms on serving plates. Cut the quail in half and arrange 2 halves and a bunch of watercress on top. Serve with rosemary aioli, crusty bread and a salad.