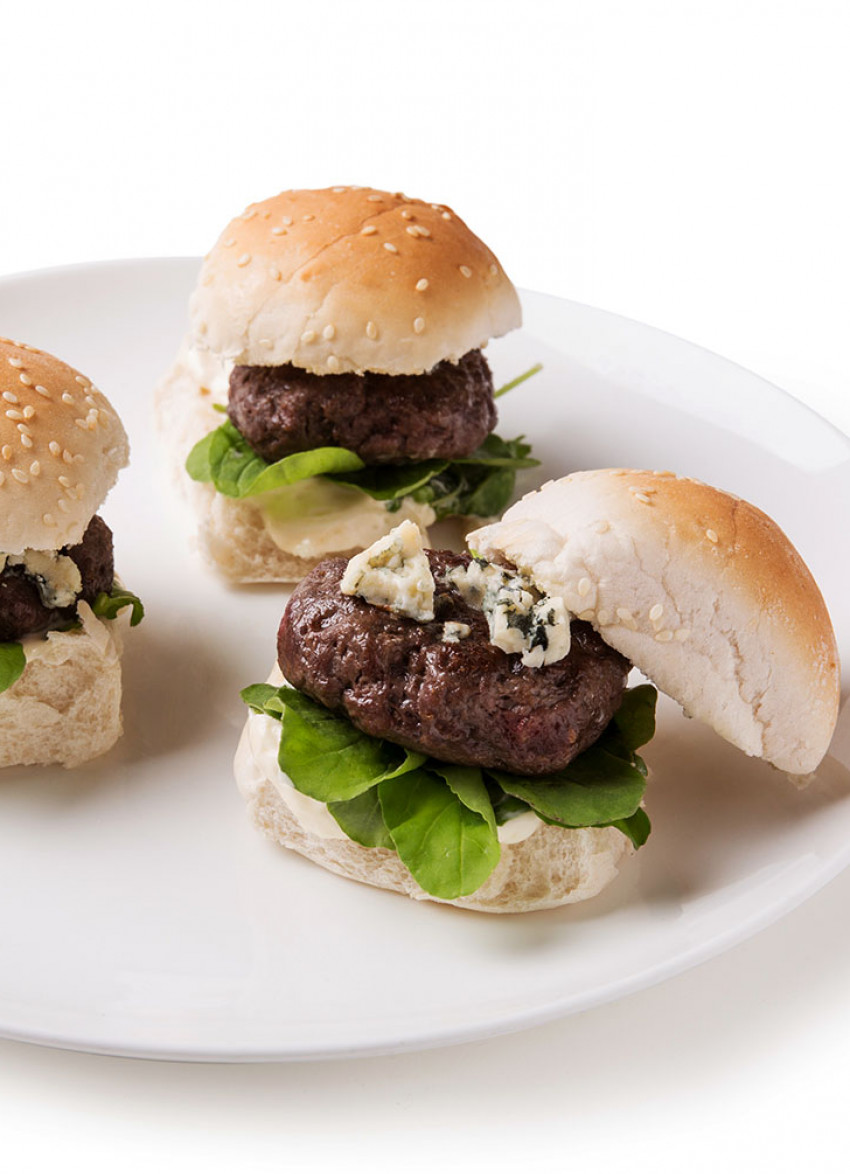 Brought to you by Silver Fern Farms

Consider these magic little morsels the ideal party starter, bound to tie your family and friends over until the main event.

To begin, slice your slider buns and in a small bowl break the blue cheese up with a fork and put to one side.

Divide the mixture into eight 50g meatballs and press into small burger patties.

Heat a non-stick pan with a little of the cooking oil until it is almost smoking. Caramelise the burger patties for 2 minutes on both sides then to finish put in the oven for a further 4 minutes.

While the venison patties are in the oven, lightly toast your slider buns then spread a generous amount of aioli on both sides.

To assemble: Take the venison from the oven and begin to assemble the sliders by placing a pattie on the base of the slider, topped with the broken down blue cheese, then a small handful of rocket and finish with the lid. Serves 4.