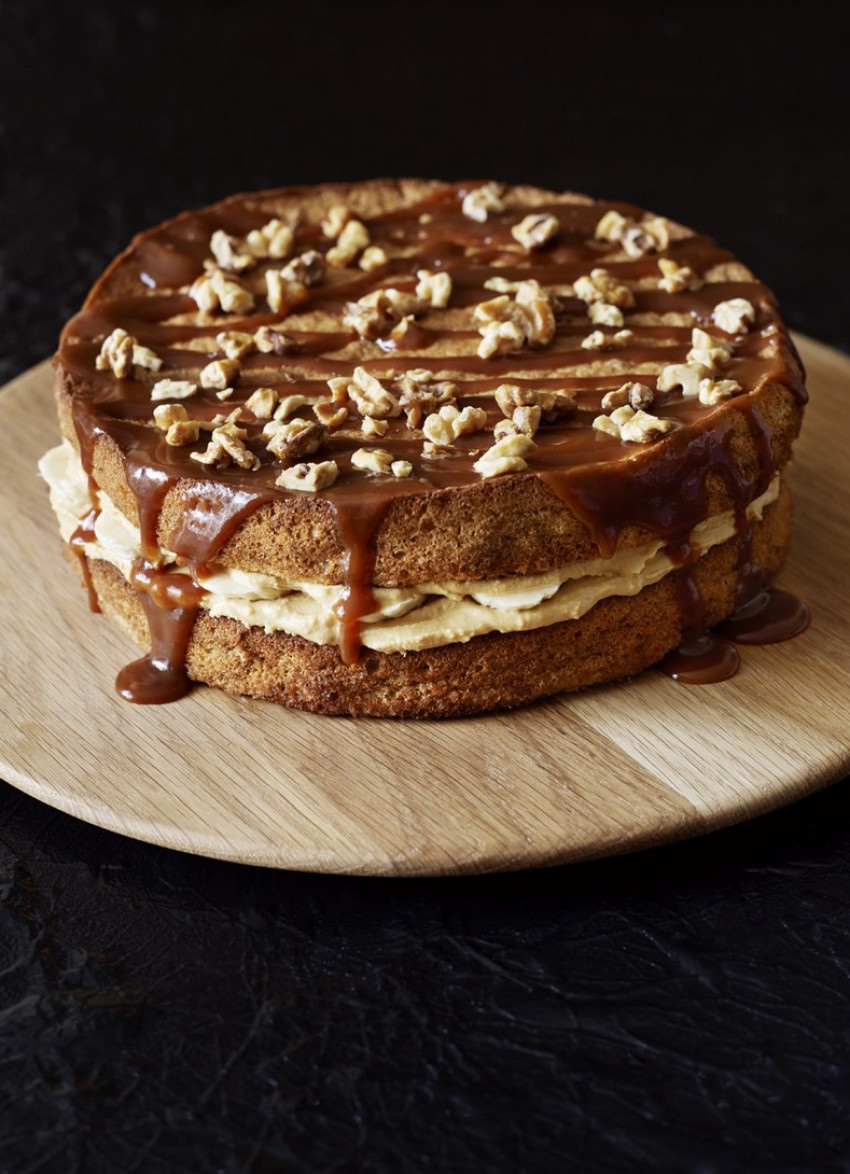 A light but rich cake with toasty walnuts and bananas topped off with a decadent brandy caramel glaze. The cake can be made one day ahead of filling.

Cake: Separate the eggs and place the yolks and whites in two large separate bowls. Beat the egg yolks with the sugar and spices until thick and pale then fold in the walnuts and breadcrumbs. The mixture will be very thick.

Beat the egg whites with the cream of tartar until stiff peaks form. Using a large metal spoon, stir a large spoonful of the egg whites into the cake mixture to loosen it, then gently fold in the remaining egg whites in three batches. Divide the mixture between the tins and bake for 15–17 minutes until golden and firm to the touch and the cakes have pulled away from the side of the tins. Cool the cakes in the tins.

Filling: Put the sugar and water in a medium saucepan over a low heat until the sugar has melted. Increase the heat and boil until a deep golden caramel colour. Remove from the heat and stir in the cream and butter, taking care as it will bubble up furiously. Add the salt and brandy and return to the heat, stirring until smooth. Tip into a bowl and cool until it is a spreadable consistency.

Beat the cream cheese until smooth and light then stir in half the cooled caramel.

Cook’s tips: I buy a loaf of gluten-free bread to make into crumbs and keep them in my freezer so they’re always on hand for crumbing schnitzel and risotto balls and for baking. Regular fresh white crumbs can also be used.

The caramel needs to be taken to a deep golden colour otherwise the sauce will just be sweet without the depth of flavour that makes it so luscious.