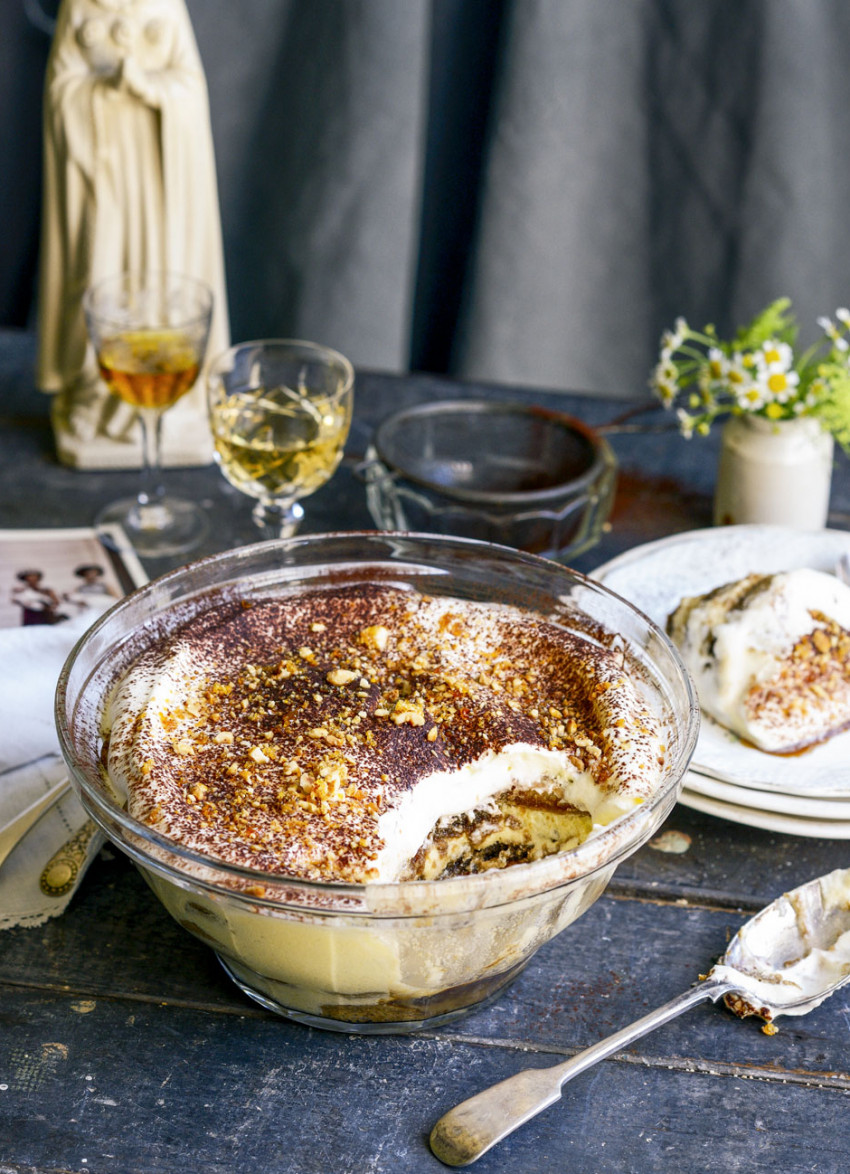 Does a Frangelico Chocolate Hazelnut Tiramisu sound rather tempting? Sarah Tuck shares her tips for including wines, liqueurs and spirits in indulgent, Italian-inspired desserts.

Time seems to have sped by since my once-in-a-lifetime trip to Italy in 2014 – thank goodness for photos and food to bring the memories flooding back. One of the best ways I have to revisit that beautiful country is by indulging in a selection of her beautiful wines, spirits and liqueurs.

There is nothing like a bitter orange negroni to whet the appetite (and knock your socks off), while after dinner there is an array of drinks and digestifs to end the meal, often with the bonus of stimulating digestion. Each drink takes me to a different place in my memory – limoncello transports me to the seaside in Positano, vin santo, with a handy cantucci for dunking, and I’m in the Tuscan countryside, while a nocino has me sitting back at a roadside restaurant table in Bologna. Frangelico hails from Piedmont in the north, and (it is said) the best marsala comes from Sicily.

Each of the drinks is a treat to savour at the end of a meal and many also lend themselves to being used in dessert.

Frangelico
Three-hundred years ago, Christian monks living in the hills around Piedmont created this distinctive hazelnut-flavoured liqueur. The hazelnut flavour is offset with hints of vanilla and dark chocolate making it an ideal partner for coffee and the perfect liqueur for an affogato. Try it in a Frangelico Chocolate Hazelnut Tiramisu.

Galliano
Galliano is a sweet herbal liqueur with a dominant vanilla note, but it also contains hints of star anise and subtle woodsy, citrus undertones. I find it a really versatile dessert ingredient, often amping up the vanilla of vanilla bean seeds, not to mention the fact it comes in a particularly gorgeous bottle to keep on the drinks tray.

Amaretto
Amaretto is most known for having an almond flavour but was originally made with apricot kernels. Not surprisingly, amaretto works beautifully in desserts featuring almonds and is beautiful folded into whipped cream with a pinch of icing sugar to serve alongside almond-based cakes.

Nocino
Not for the faint-hearted, nocino is a highly alcoholic digestif made from green walnuts macerated in alcohol with spices such as cinnamon and cloves. It has an intense flavour, a dark-brown hue and is the perfect after-dinner drink, particularly if that dinner is a rich duck ravioli or a slow-braised lamb ragu. Note that Nocino does have a strong flavour so be sure to try a little before adding it to your dessert.

Marsala
Having shaken off its 70s mantle, marsala is a fortified wine making an appearance in liquor cabinets once again – available as sweet, medium or dry and ranging in colour from golden to amber or ruby. It is used in both sweet and savoury dishes – often in tiramisu, or in the light and frothy zabaglione custard, and I love adding a dash of dry marsala when cooking field mushrooms. This recipe for Marsala Millefoglie with Marsala Poached Figs is a must-try.

Vin Santo
Vin santo or “holy wine” is actually a dessert wine that is also available as a liqueur and ranges in flavour from bone dry to super sweet. It is largely made in Tuscany and is traditionally served as an after-dinner digestif with cantucci (biscotti) for dunking.