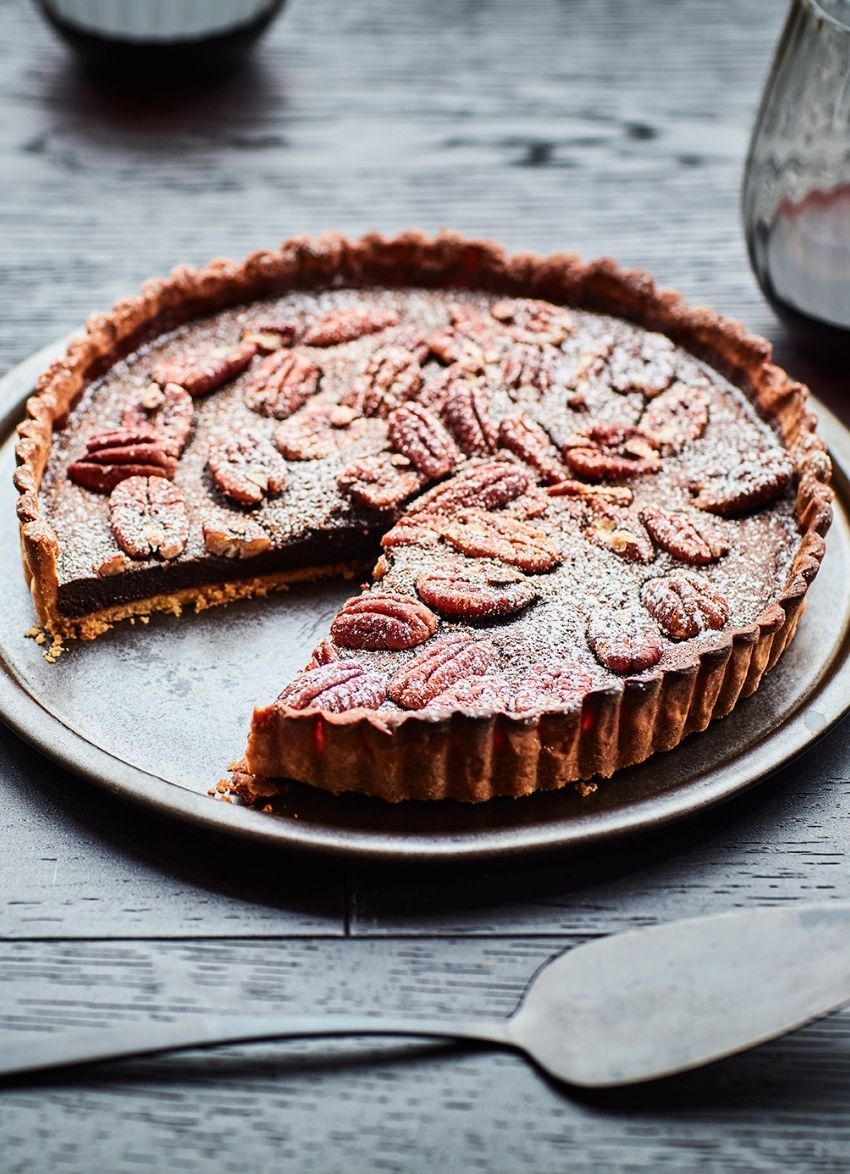 BROUGHT TO YOU BY Westgold

Smooth, rich and delicious, serve this very moreish chocolate pecan pie with whipped cinnamon cream or a scoop of ice cream on top for the ultimate mouth-watering experience.

Prep notes before making this: Pastry needs to be refrigerated for ½ an hour.

Filling:
Melt butter and chocolate over a Bain Marie. Place golden syrup, treacle and sugar in a pot and dissolve over heat, then bring to the boil and simmer 2 minutes, stirring constantly with a wooden spoon. Remove from heat to cool 4-5 minutes.

Briefly beat eggs in a mixing bowl with a fork then stir in warm chocolate mixture. Lightly whisk in syrup mixture until combined and set aside to cool.

Pour into blind baked pastry shell and bake 10 minutes at 180°C until surface is just set. Remove from oven to arrange pecan nuts on top. Return to oven to bake for another 30 minutes approximately until set to a soft mousse like structure. Note: Allowing the surface to just set before placing on the nuts prevents them from sinking into the mixture. Allow to cool on a rack and remove from mould. Dust with icing sugar before serving.

Cinnamon Cream:
Lightly mix cinnamon into cream and chill until ready to serve.