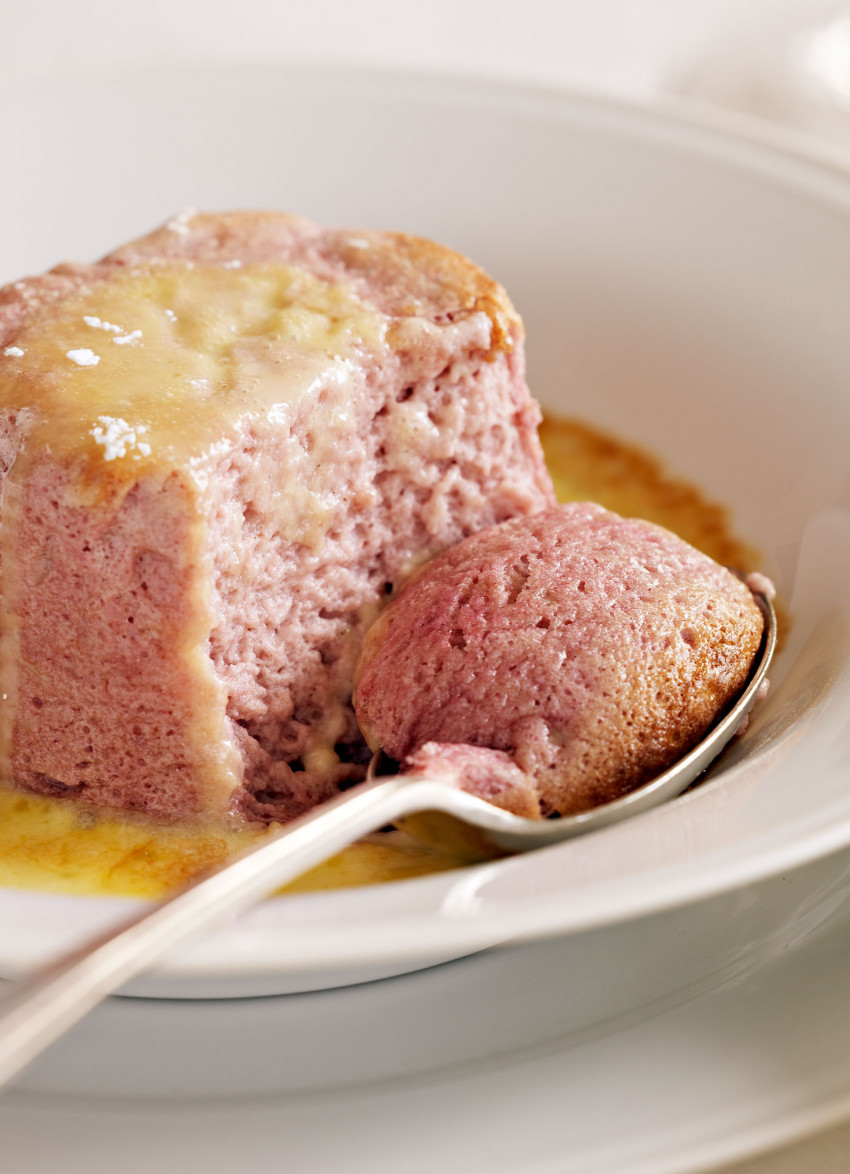 Brush the ramekins with butter and dust with caster sugar, shaking out the excess. Preheat the oven to 180°C. Purée the raspberries, lime zest and juice and the icing sugar in a food processor. Tip into a fine sieve set over a bowl and push through to remove all the seeds. Set aside.

Base: Whisk the egg yolks, caster sugar and vanilla extract together then stir in the sifted flour. Heat the milk to just below boiling point and remove. Whisk the milk into the eggs then tip back into the saucepan. Slowly bring to the boil, stirring constantly and simmer for 3-4 minutes. Remove from the heat and stir in the raspberry purée.

To assemble: Beat the egg whites to soft peaks, add the sugar and beat until thick and glossy. Using a large metal spoon, fold a ¼ of the egg whites into the purée to loosen the mixture then fold in the remaining egg whites. Divide between ramekins and smooth the tops. Wipe the rims and run your thumb nail between the soufflé and the edge of the dish. This helps them rise evenly. Place in a baking dish and add enough hot water to come halfway up the sides of the ramekins. Bake for 15 minutes until well risen and golden. Allow the soufflés to cool in the pan. Don’t be concerned when they deflate. When cool, remove from the water, cover with plastic wrap and refrigerate until required. They can be made 1 day in advance.

To cook: Preheat the oven to 180°C. Dip the ramekins into a bowl of hot water for a few seconds. Run a small palette knife around the outside to loosen the soufflés. Invert into ovenproof serving dishes. Pour the cream around the soufflés and lightly coat the tops with a thin layer. Dust the tops with icing sugar and bake for 10-12 minutes until risen and the cream is golden around the edges.

Menu: Serve for dessert following a Monkfish with Bacon and Red Wine Sauce.