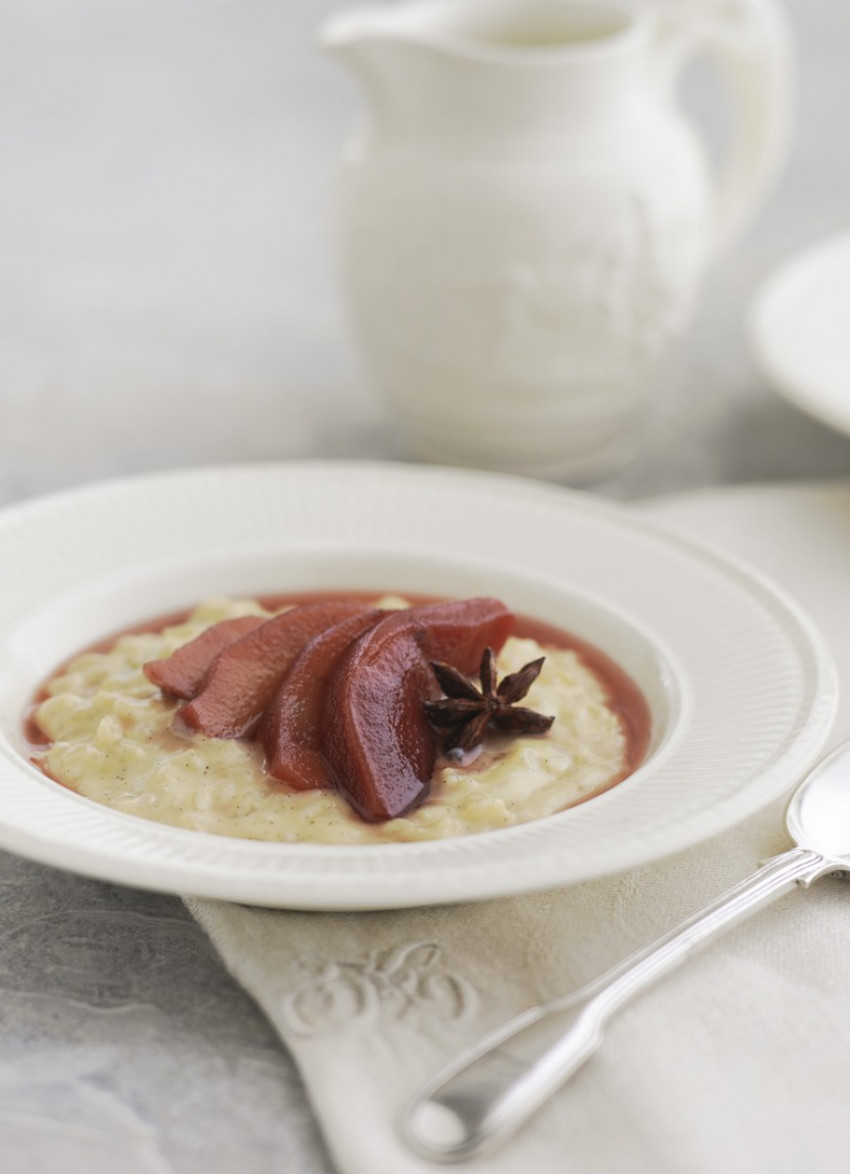 Quinces are one of winter’s pleasures. A good alternative if they are unavailable are firm but ripe pears.

Place all the ingredients except the quince in a large saucepan and heat until the sugar has dissolved. Bring to the boil then reduce to a simmer.

Peel, quarter and core the quinces. Add them, along with some of the peel and core to the saucepan. This helps to bring out the red colour.  Cover with a sheet of baking paper and simmer for 1½-2 hours. Leave the quinces to cool in the syrup. If using pears, prepare in the same way and cook for 20-30 minutes. Remove them and boil the liquid for a further 10 minutes, until syrupy. This is necessary as the pears’ shorter cooking time won’t have allowed the syrup to reduce sufficiently.

Pudding: Split the vanilla pod down the middle but leave it joined at one end. Put the cream, milk, caster sugar, vanilla pod and ground cloves in a heavy-based saucepan and bring just to the boil. Reduce the heat, add the rice and mix to combine. Simmer for 25-30 minutes, stirring occasionally, or until the liquid has been absorbed and the rice is cooked. Stir through a little extra milk at the end if the mixture becomes too thick.

Serve the rice in bowls topped with sliced quinces and a little syrup. Decorate with a star anise but be sure to let everyone know that it is not edible.