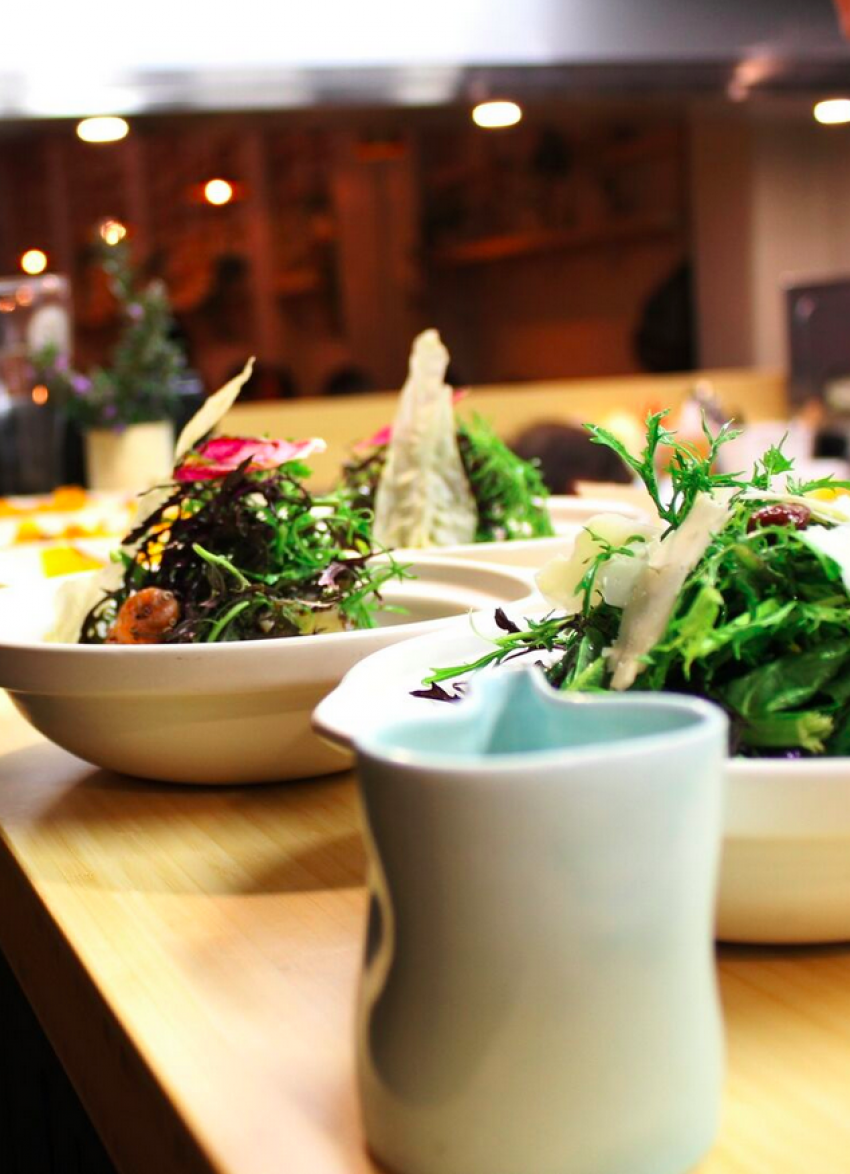 A two-part F.A.W.C! event is set take guests foraging for fresh ingredients, before they're turned into dinner by some of the Hawkes Bay's top chefs the following night.

Last summer, Dish left James Beck’s F.A.W.C! dinner incredibly impressed with the originality behind the six-course meal he presented. Wanting to know more about the young chef, we quizzed him on his experience working in fine-dining restaurants across Europe and he revealed how he sets the creative standard for himself: “I judge the night a success when I can hear the guests questioning and discussing the food rather than the latest rugby score.”

While that might be a rather ambitious goal given the timing of Hawkes Bay’s Summer Food and Wine Classic, the event he’s involved in this year is perfectly placed to achieve it.  Not only is it being held in James’ newly-opened Napier restaurant, Bistronomy, it’s part of ConversatioNZ’s ‘Cook Up’ series, which aims to bring chefs together to share their inspiration with each other and their diners. Ultimately, ConversatioNZ aims to create a sense of culinary identity in New Zealand, through collaboration and ongoing discussions around what New Zealand cuisine is, or could be.

Always keen to push boundaries, this year James’ F.A.W.C! event is a two-part series on the 8th and 9th of November that will see guests forage through Hawkes Bay’s outdoors, as they learn and gather ingredients. James, Michael Hannah of The Loading Ramp, Chef Giulio Sturla from Lyttleton’s acclaimed Roots Restaurant and wildlife photographer Peter Langlands, will all be present for the adventure.

“Giulio and I spoke about it a few months ago when I was in Christchurch for a ConversatioNZ event and it seemed like a great way to introduce the Hawkes Bay public to this kind of eating – we don’t do a lot of foraging in Hawkes Bay to my knowledge,” explains James over the phone, on his day off.

“So the idea is, we go out on the Sunday with those who want to join us and we have a foraging expert with us as well to make sure we’re choosing the right things.”

Then it’s time to eat; on the following Monday the chefs will prepare an eight-course degustation based on the food foraged. In line with the goals of ConversatioNZ, the seasonal food will add to the story of New Zealand’s cuisine and reflect the elements of the collaboration that created it. Guests are welcome choose which part of the event they’d like to attend, although it would be impressive if one could resist the intrigue enough to miss one for the other.

“Both Giulio, Michael and myself are in to modern food and all three of us have good experience in some pretty great kitchens both here and overseas, so you can expect quite a modern style of food with new techniques,” James says. “But my style of food in particular is very product-focussed – you’ll still recognise what you’re getting on the plate.”

James’ style is heavily influenced by his time cooking in top overseas restaurants – including the Savoy Hotel in London, El Poblet in Valencia and Heston Blumenthal’s Fat Duck – but Bistronomy aims to mix fine-dining with a strong element of fun, embracing New Zealand’s love for relaxed and informal meals shared with friends. The restaurant describes itself as “one part local, one part global and one part special sauce”, somewhat mirroring James’ own culinary history. Three weeks after opening, James says he couldn’t be happier with Napier’s response to his new venture.

“[The feedback that we’ve been getting is] that it’s a really great space for Napier which people haven’t seen before, and we’ve matched that with the food which is really quite modern and innovative. We’ve really concentrated on making sure our service is really good as well, which is really the most important part of any restaurant.”

There are only a few tickets left to F.A.W.C! ‘Cook Up: Foraged New Zealand Cuisine’, which can be found here. Hawkes Bay’s Food and Wine Classic Summer Series runs from the 6th to the 15th of November. To find out more about the many exciting events on offer, head to F.A.W.C’s website, click here to peruse their programme or keep up to date by following their Facebook page.