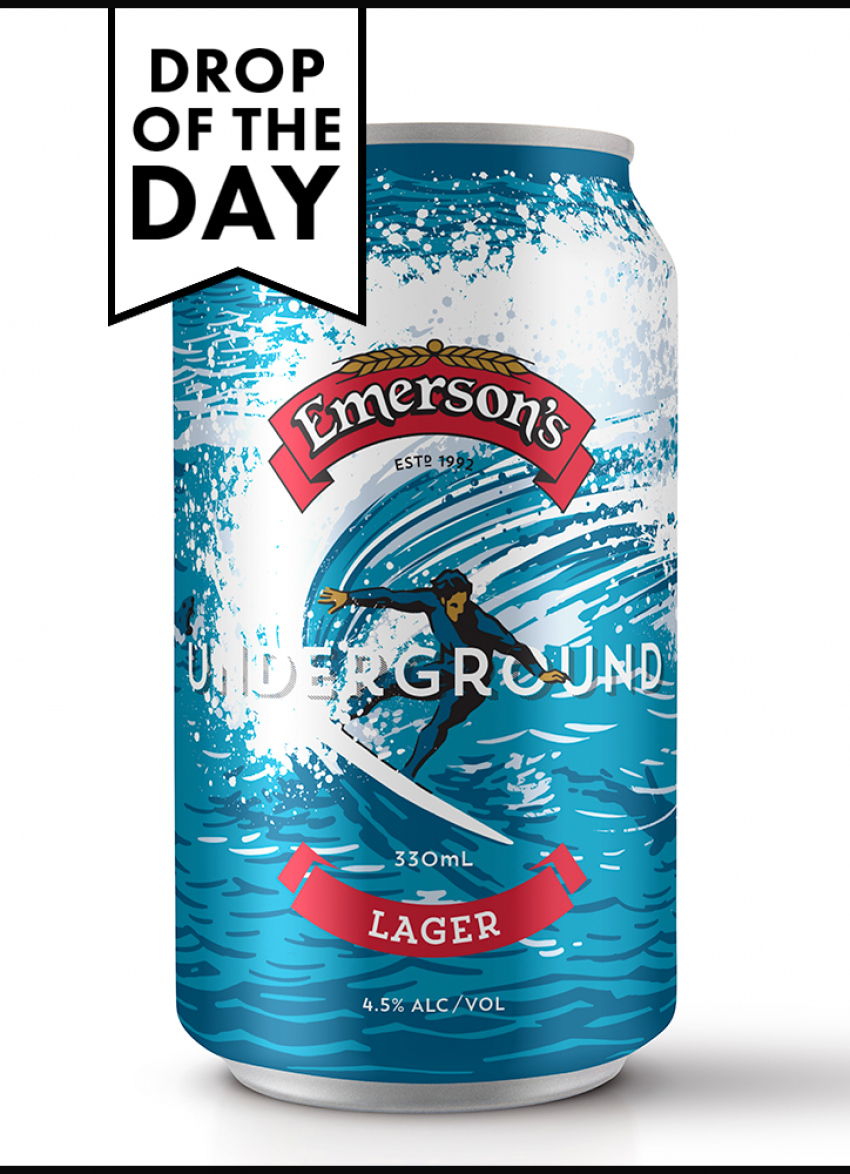 Underground Lager was brewed for surfers to enjoy after a day out on the water - so we think it is very fitting that it demands to be washed down with seafood... We reckon our Citrus Ceviche with Avocado would be just the thing.

This article was created in partnership with Emerson's

Underground Lager is a crisp, clean, European style larger, exponentially more delicious than sea water. We make that comparison because the lager was created as a tribute to Dunedin’s South Coast Boardriders.

The brave surfers are not put off by the wildlife, water temperature, or enormous southern swell — in fact, that’s what brings them to St Kilda, St Claire, and Brighton Beach, among others. But even after a refreshing surf, they still want a refreshing beer. Underground Lager is intended as the perfect beer to follow a surf: it has plenty of malt, and the crispness you want to wash down a good long day of salt and sand.

The Emerson's team recommend this brew alongside lemon buttered scallops or barbecued crayfish with lemongrass and chilli butter or snapper with chilli coconut dressing. Here at dish, we love the idea of a beer brewed for surfers served with Kaimoana, and we can see the Underground Lager tasting great with our Citrus Ceviche with Avocado.

The story of Emerson's brewery began when a young Richard Emerson returned from living in Edinburgh to his native Dunedin with hops on the brain. He was fascinated by beer and pub culture and according to his mum, was determined to change our beer culture. Fast forward to 2020, and Richard hasn't lost his passion for beer.

His are some of New Zealand's favourite beers, and his 7-strong flagship range includes a solid foundation of great classic beers: Orange Roughy Hazy Tropical Pale Ale, Big Rig APA, Pilsner, 1812 Hoppy Pale Ale, Bookbinder Session Ale, London Porter and Bird Dog IPA... While the variety of sesonals, vintage and limited release beers you see from Emerson's demonstrate the company's passion for experimenting with beer and all the flavours it can display.