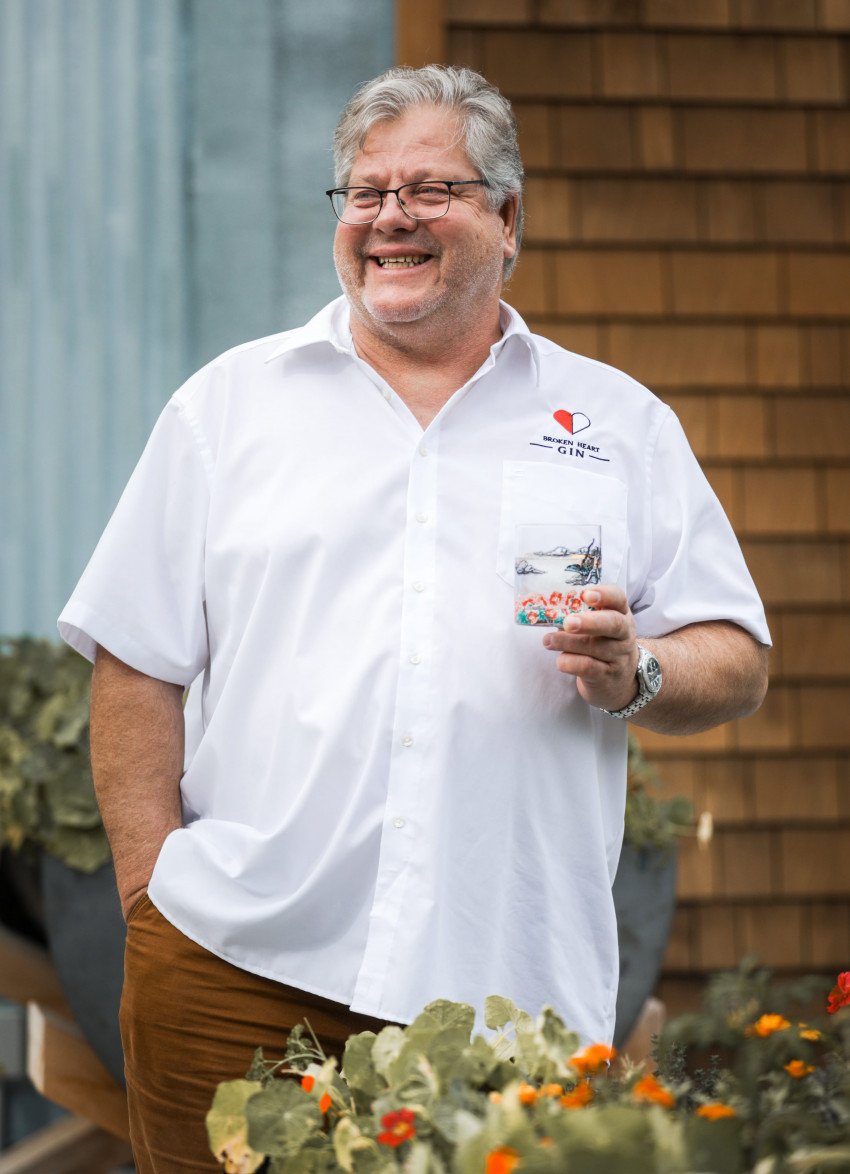 BROUGHT TO YOU BY Queenstown New Zealand

dish chats to Joerg Henkenhaf, owner and distiller, and Louise Clark, sales and marketing, from Broken Heart Spirits about creating their outstanding drops in Queenstown.

Tell us the story of Broken Heart Spirits.

Joerg: I grew up in Germany, fermenting fruit from local trees and taking them to a distillery to turn into drinks – it’s part of my cultural heritage. Then in 1999, I came to New Zealand as an airline pilot and eventually bought a vineyard. In 2004, I bought a still and began making grappa from the discarded grape skins. While I was working on that, I met Bernd [Schnabel] in Queenstown and we became friends. We decided to start a distillation company together, but Bernd was diagnosed with cancer and died very quickly. I decided to do it myself anyway and named the company Broken Heart in memory of him.

What spirits does Broken Heart offer?

Joerg: We started with gin in 2012, and then developed our vodka, using the water and ethanol we had from making gin. Next, we made a navy-strength version of our original gin, which has a stronger flavour profile so it’s great for bartenders mixing cocktails, and then we started experimenting with flavoured gins. We now offer everything from quince gin to spiced rum.

What’s special about your spirits?

Louise: We like using local products. Our pinot noir gin uses Central Otago grapes, our quince gin uses fruit sourced from locals’ gardens and we use local lavender, angelica and hops. Our water comes from an aquifier in Mt Aspiring national park – from a place literally called Paradise. In a spirit that’s 60 percent water, the water quality is key! The only ingredients we source internationally are those that don't grow well here, like juniper.

Joerg: Also, we distil our spirits just once. A lot of people talk about "triple-distilled" or "five times distilled" – but I don’t want to disturb the botanicals too much. They are delicate ingredients and it makes sense to treat them delicately. 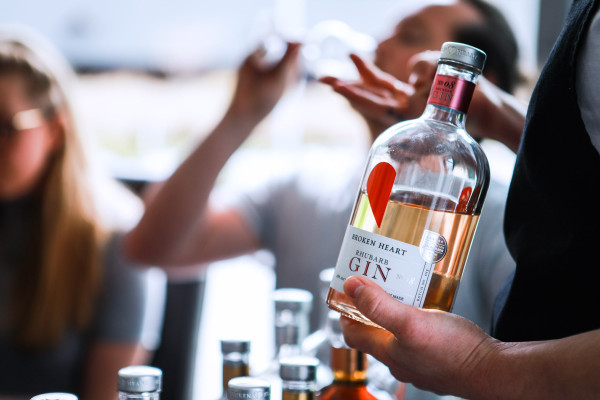 Joerg: 2022 is a massive year for us as it’s our tenth anniversary. In February, we released a plum gin liqueur in collaboration with Annabel Langbein, called Bella; we’re about to release a special 16-year-old spirit, weinbrand, which is similar to cognac; and we’re also developing a 0% alcohol gin.

Louise: We also opened our Gin Garden in Arthurs Point (at 1 Powder Terrace) last year, which is a dedicated tasting room for Broken Heart Spirits that serves food, too. We’re excited to see that grow.

What’s the best thing about living and working in Queenstown?

Joerg: We really have four seasons here, and autumn and spring are particularly amazing times. There’s so much you can do at different times of the year – boating, hiking, mountain biking... it's very outdoorsy.

Louise: Also, Joerg can drive down the street in his branded vehicle and stop three or four times to talk to people. It’s lovely and social – people aren’t afraid to knock on the car window and say hello, which I don’t think you’d get in a bigger city.

To learn more about Broken Heart Spirits and plan your Queenstown experience, head to queenstownNZ.nz