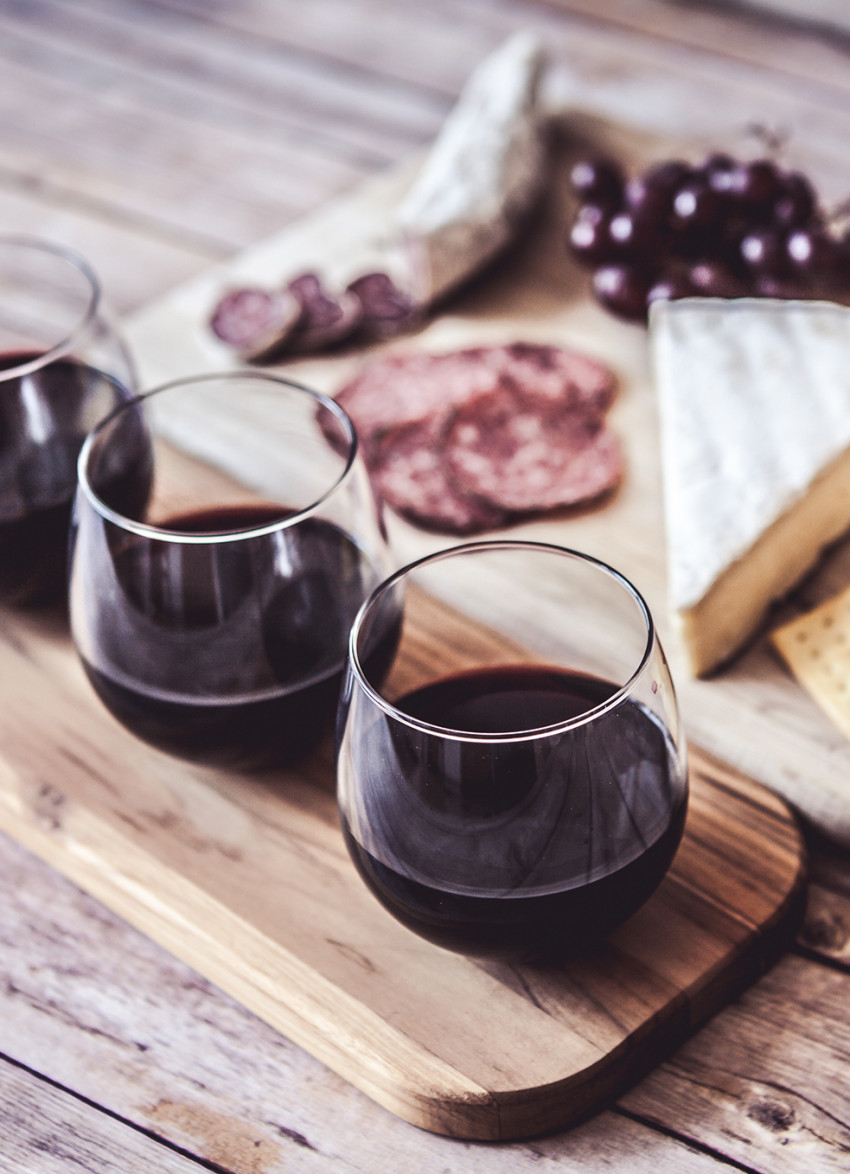 Rich, luscious cabernet-dominant reds were up for judgment from the Dish Tasting Panel’s discerning palates – find out who came out on top, for some seriously delicious winter supping.

However, if you’ve been struggling to get back into local cabernet after some less-than-luscious experiences back in the 80s and 90s, then get the good glasses out of the china cabinet folks, because we’ve found some wines to rock you. For the longest time, our growers were stuck with some rather average clones that struggled to ripen regularly and could be a real pain in the clacker to get your tastebuds around. The wines were often rather hard, green and overly grippy in the gob.

Yet thanks to having access to high-quality, modern plant material, better suited to New Zealand’s regional diversity, alongside increased winemaking skill and (dare we say it) a touch of global warming in more recent years, we are experiencing a massive elevation in the quality of Kiwi cabernet sauvignon and cabernet franc in the marketplace.

And that’s exactly what we here at Dish were looking for, the best of those cabernet-dominant styles available right now.

(NB: All wines are judged blind and the scores of judges for their own wines cannot exceed those of other judges.) 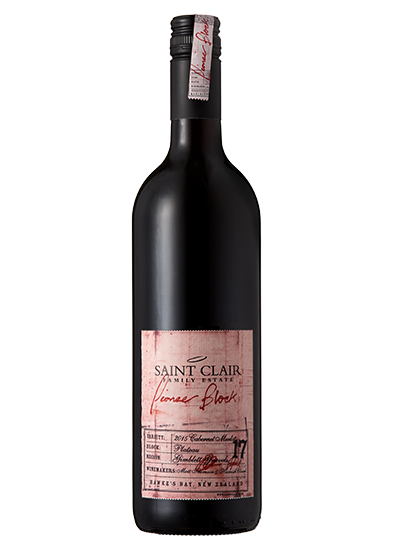 1. SAINT CLAIR
Pioneer Block 17 Plateau Gimblett Gravels Cabernet Merlot 2015 ($37.90) – TOP WINE
★★★★★ Gold Medal
This wine induced wows right across our panel. “I love how this wine has turned out,” says winemaker Kyle Thompson. “The focus was on maximum fruit expression and balance given the exceptional fruit we received. I love how dark and rich it’s become, but it’s still true to the intense fruit expression and concentration of the 2015 vintage”. This wine has a serious structural side to it, but is really approachable now, with beautiful dark chocolate tannin structure, ripe wild blackberry, and a lovely savoury oak kick to finish. “Lovely density, refinement and elegance,” added Renée. 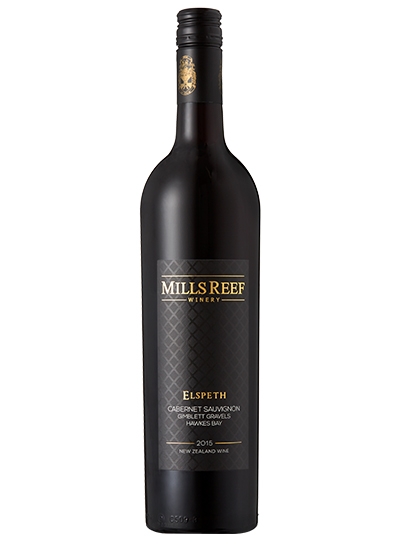 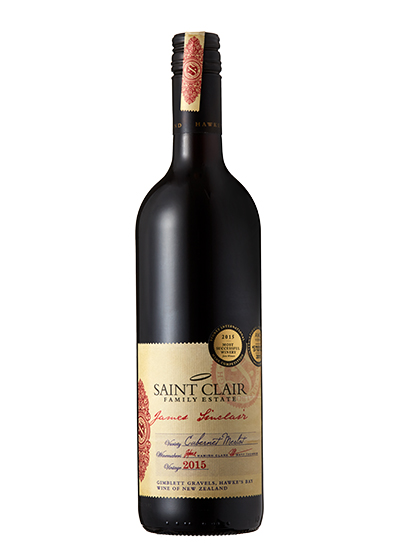 3. SAINT CLAIR
James Sinclair Gimblett Gravels Cabernet Merlot 2015 ($28)
★★★★★ Gold Medal
“A modern classic,” remarked Renée, “refined, nicely structured and defined.” Cameron noted its black cherry, plum and toasty, charred complexity on the palate. “This wine is hand-selected and is really starting to shine with a bit of age,” says winemaker Kyle Thompson. “We settled on a cabernet sauvignon-dominant blend, incorporating a small amount of malbec  with a higher portion of merlot. I really like the fruit expression in this wine – it’s pure and fresh but ripe and juicy, the structure is velvety, warm and inviting.” Our judges clearly agreed. “It’s a very pretty, glossy, vibrant wine, packed with dark fruits, pepper, dried herb notes and a racy ribbon of oak on the finish – gorgeous,” said Yvonne. 4. VILLA MARIA
Reserve Gimblett Gravels Cabernet Sauvignon Merlot 2014 ($49.99)
★★★★★ Gold Medal
Smouldering crimson-black coloured, it’s a very pretty wine in the glass and an extremely attractive wine in the mouth. Rocking layers of concentrated red fruits (“rhubarb, tamarillo and roast beetroot too,” insists James), this is a seductively good red with a plush mid-palate and a long, liquorice-like finish. “There’s no mistaking the serious oak layers,” added Cameron, “and yet there’s plenty of flavour and fruit.” Senior winemaker Nick Picone and his team have a real treasure on their hands here. 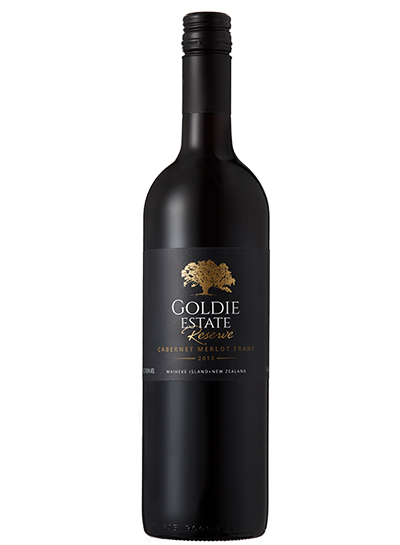 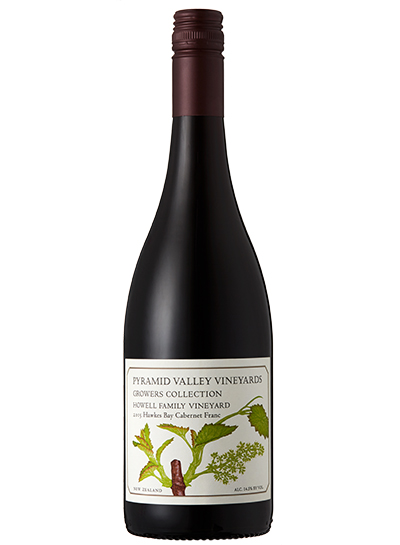 7. SILENI
Estates Cellar Selection Hawke’s Bay Cabernet Franc 2014 ($24.99)
★★★★½ Silver Medal (BEST VALUE)
Just how on earth Cairn Coghill, Grant Edmonds and their team at Sileni manage to produce cabernet franc like this for under $25 is a mystery. With its lifted florals and almost meaty mid-palate, our judges found it a supremely satisfying example. “Very complex on the nose and showing layers of dark berries, chocolate and toasty spice notes,” said Cameron, while Yvonne adored its smooth, succulent mouthfeel and seamless, solid, tannin structure alongside spicy blueberries, cocoa and vanilla flavours. 8. TRINITY HILL
Gimblett Gravels The Gimblett 2014 ($35)
★★★★½ Silver Medal
Winemakers Warren Gibson and Damian Fischer are obsessive about creating this special blend each year. The 2014 is dominated by 49% cabernet franc followed by 39% cabernet sauvignon, 9% merlot and a 3% splash of malbec, and it’s darned lovely. “It has great colour, a youthfully fruity bouquet and bold, dusty tannins,” commented Cameron, while James was impressed by its finely tuned acidity, herbal and berry notes and well-judged presence and poise. All judges agreed this was one to watch as it ages. Or, even better, drink as it ages. 9. CHURCH ROAD
McDonald Series Hawke’s Bay Cabernet Sauvignon 2014 ($27.99)
★★★★ Silver Medal
Chris Scott has taken Church Road Wines to dizzying heights particularly over the last decade, as he creates Bordeaux-styled reds that age impressively at every level. 93% cabernet sauvignon is fleshed out with a squeak of 7% merlot and weighing in at 14.5% alc, it’s a plush, warming wine with complex scents of Chinese herbal tea, pepper and anise notes. With a core of blueberry, plum and bouquet garni herbs, it’s a firm, dry, smoky-toned example. 10. CHURCH ROAD
Grand Reserve Hawke’s Bay Cabernet Sauvignon Merlot 2013 ($44.99)
★★★★ Silver Medal
The Grand Reserve wines are only made in exceptional years and 2013 was definitely classed as exceptional. This wine is on a trajectory to greatness. While really attractive now, it has a few years ahead before we see its true potential. “Juicy dark berries, forest fruits and tobacco leaf loveliness,” leapt from Renée’s notes, while Cameron felt the fruit was more coiled around a core of toasty, vanilla-centric oak and Yvonne enjoyed its earthiness and solid, stretchy tannins.