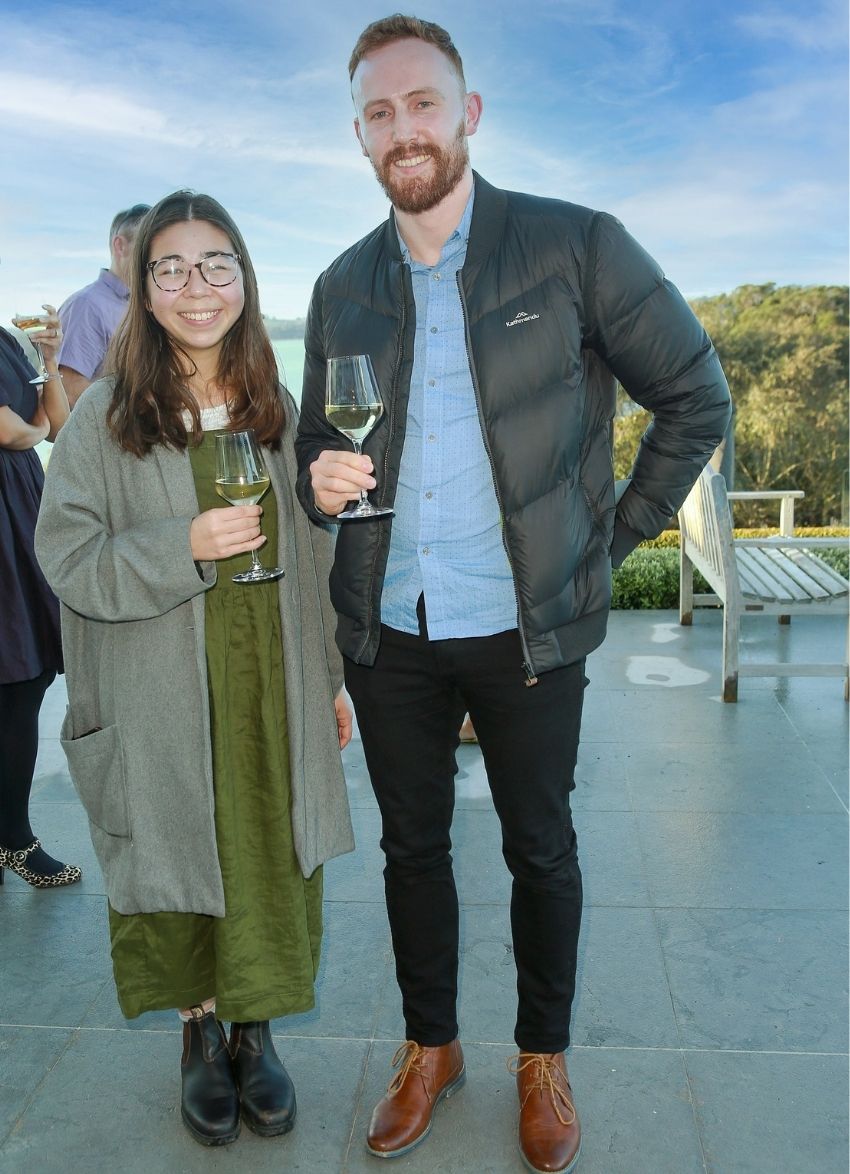 Helicopters, mansions with sprawling ocean views and three-course dining – it's a lifestyle some of us can only dream of. And for one night only, I got to experience it all!

I’m a difficult person to please, show me a beautiful painting or a feat of engineering and I might feign some form of enthusiasm. But when Sarah asked me if I wanted to go along to Wither Hills’ #sharebeautiful launch event, I leapt at the chance.

Why? The three-course meal and promise of great wine that would accompany it was certainly enticing, but what initially caught my attention was the helicopter ride to the mystery location. Prior to this experience I had only once flown in a helicopter as a child over Rotorua. Suffice to say, the experience was memorable... but a long while ago. And for my colleague, and plus one on this adventure, Maddie, it would be her first-ever ride in one of these things. 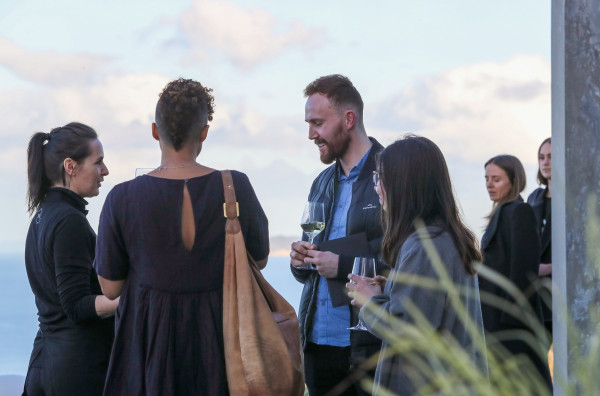 Maddie and I arrived at Mechanic’s Bay heliport early afternoon, where we met a few of our media counterparts who were joining us on the evening. Amidst the small talk was the one burning question we were all desperate to know the answer to – where were we going? The excitement in the room was palpable.

In groups of five we were led outside towards our helicopter; it was a perfect afternoon with clear skies and the sun setting in the distance. One-by-one we boarded the helicopter before being handed a glass of Wither Hills’ Single Vineyard Rarangi Sauvignon Blanc. And with a clinking of our glasses, we took off on our journey towards our yet-to-be-revealed destination. Within seconds we were soaring high above the Auckland city skyline, skyscrapers to our left and the Hauraki Gulf to our right, phones in hand (as is customary these days). In retrospect, being the dish social media person, I probably should have taken a window seat but instead found myself bang in the middle. 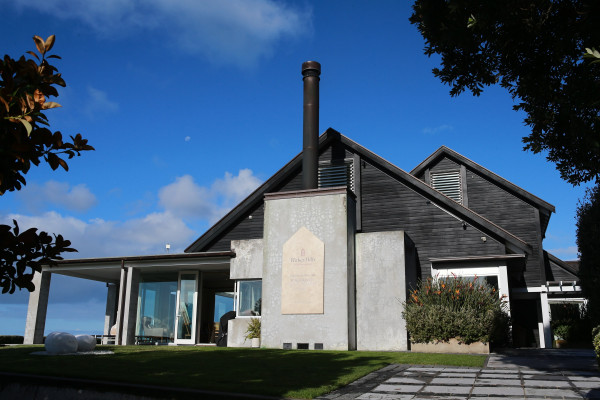 We zoomed over the city, passing over Auckland’s landmarks, each of us desperately trying to catch a glimpse before they faded into the distance. In between juggling my phone, I managed to take a few sips of wine, I swear it tastes even better up there. I’m sure many of you have enjoyed wine on a plane before but the air up there is far too thin for my taste. 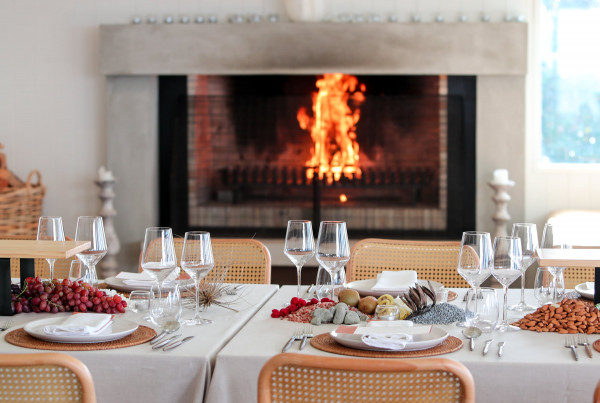 Rather ominously, when one of our fellow passengers asked the pilot for clues about where we were going, he was silent. There was a look of solemn angst among us, it’s not the kind of response you hope for when your life is literally in someone’s hands. But with the aid of Google Maps, it wasn’t too long before we realised that we were headed northwards to Mahurangi Bay. After landing, we were whisked up the road to a stunning home befitting of the rich and famous. Inside was a cavernous but opulent interior with a roaring fireplace, live music and a meticulously set dining table. But what really caught my eye was the sprawling views over Mahurangi Bay. Maddie and I both glanced at one another and proceeded out to the back patio to take it all in. 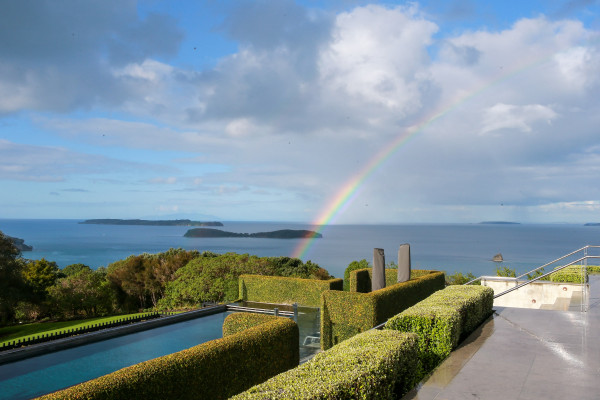 The vastness of the ocean views was surreal, the blue of the sea melting into the sky above. It was as if I had stepped onto the set of a movie. Wither Hills’ #sharebeautiful message had well and truly set in. Shortly after, we all made our way to the dining table. As I took in my surroundings and studied the other guests around me, a slight feeling of impostor syndrome began to creep in. Surely, at some point, someone would realise Maddie and I weren’t supposed to be there and have us thrown off the premises. 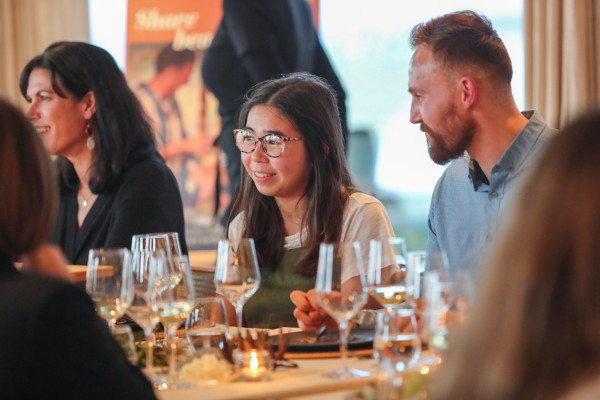 We started dinner with a beautifully delicate ceviche and mango salsa, which melted in your mouth. And then washed it all down with Wither Hills’ Single Vineyard Benmorvern Organic Chardonnay, which Wither Hills’ Winemaker Matt Large explained was neither meant to be buttery nor fruity, just good chardonnay. And I couldn’t have agreed more! 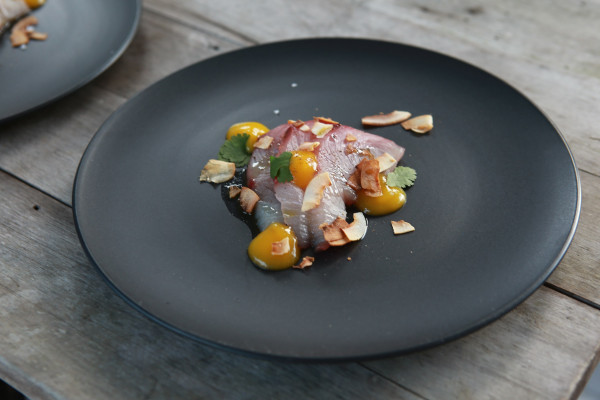 For our main, we were treated to some sublime venison (which I unashamedly helped myself to for seconds) and harissa chicken with a few accompaniments of green beans, crispy golden potatoes and Wither Hill’s Single Vineyard Taylor River Pinot Noir. Generally, I am not a big fan of reds but their Taylor River Pinot Noir with the venison was a magical combination I would gladly invite over to my dinner table anytime. 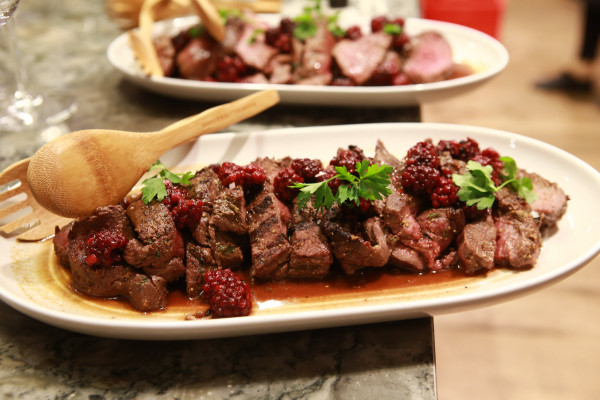 When I say Wither Hills went all out for this thing, I mean they really went all out. Before dessert arrived, we were serenaded by a world-class violinist -surprisingly, she jammed out to Post Malone's Sunflower, not the kind of song you would expect from a violinist, but it was a great rendition, nonetheless. To finish things off we were handed little blow torches to caramelise our own Baked Alaskas, which we did with much delight. I managed to avoid setting myself or Maddie alight and it was a deliciously satisfying end to the evening. All-in-all it was a fabulous event that I’m sure I won’t forget anytime soon. Wither Hills really pulled out all the stops and drove home their message of #sharebeautiful. Right from the very beginning I felt like Cinderella being whisked away to the ball. The only problem is that now I've had a taste of the good life, it’s made me hungry for more. Fingers crossed those lotto tickets pay off!