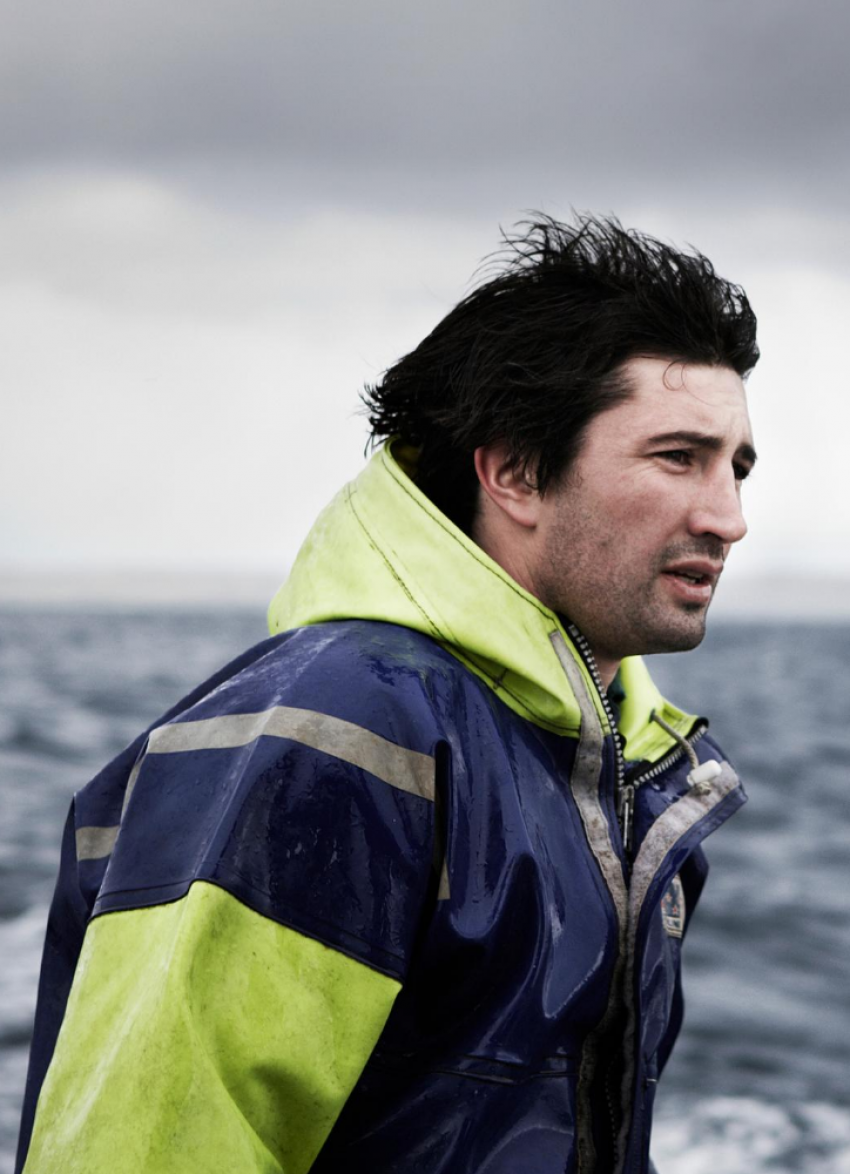 The Chatham Islands are special: a part of New Zealand, but utterly remote. The unique disposition of the islands creates a basin of wild, pristine and nutrient rich water — home to some of the highest quality seafood in the world.  Delwyn Tuanui, founder of Chatham Island Food Co, tells his story of bringing wild Chatham Island seafood direct to your door.

This article was created in partnership with Chatham Island Food Co.

The thought of starting a business on a remote island with rugged conditions, 800km from the nearest city could be hard to even imagine, but not for Delwyn Tuanui founder of Chatham Island Food Co. After returning home to his family farm on the Chatham Islands from travelling abroad, Delwyn challenged himself to find a new way to add value to his family farm and Island Community.

The ocean around the Chatham Islands is truly unique. Cold ocean currents from the south and warm currents from the north meet and mix, creating a rare carbon sink right on the Island’s doorstep. This generates nutrient-rich waters creating a thriving marine eco-system. The marine life, as a result, is not only exceptionally large, but bursting with exceptional, unrivalled flavor from the wild conditions. 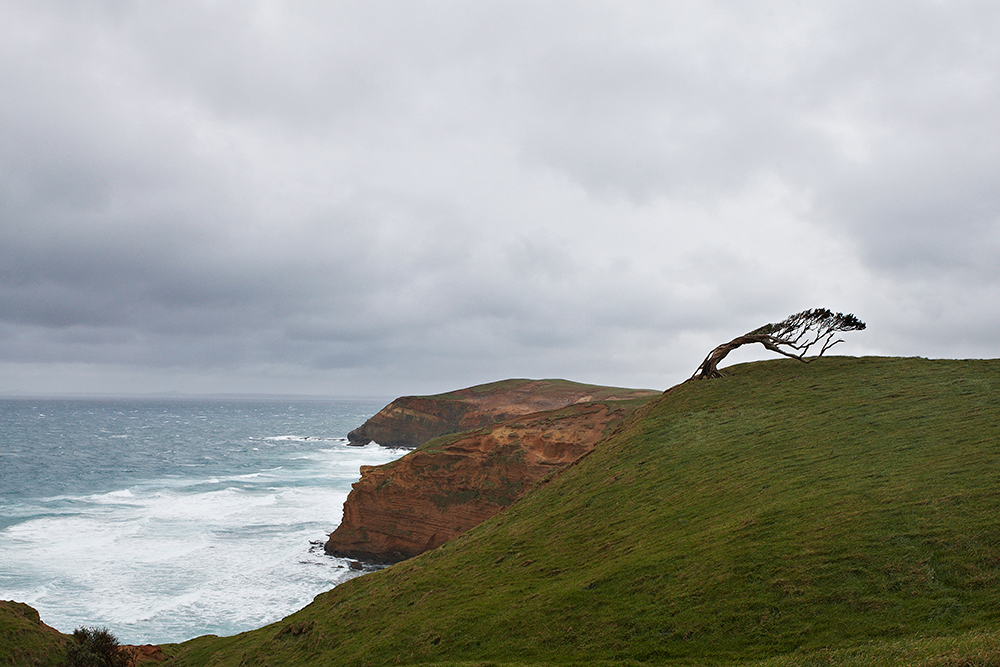 Delwyn started his journey traveling over to Melbourne to upskill in marketing and business with the idea of taking over the family farm and adding value to the island by continuing the path his grandfather and father had taken, but his path started to evolve down a different route .

One night after the summer holidays, with the freezer loaded up with some treats from home, he cooked some Chatham Island blue cod for a few uni mates. His mates raved about the soft, unctuous, clean-tasting fish. It was the best they'd tasted in their life. They made such a fuss over it that a lightbulb went on in Delwyn's head. If his friends had never tasted anything like Chatham Island blue cod, had the top restauranteurs of Australasia? 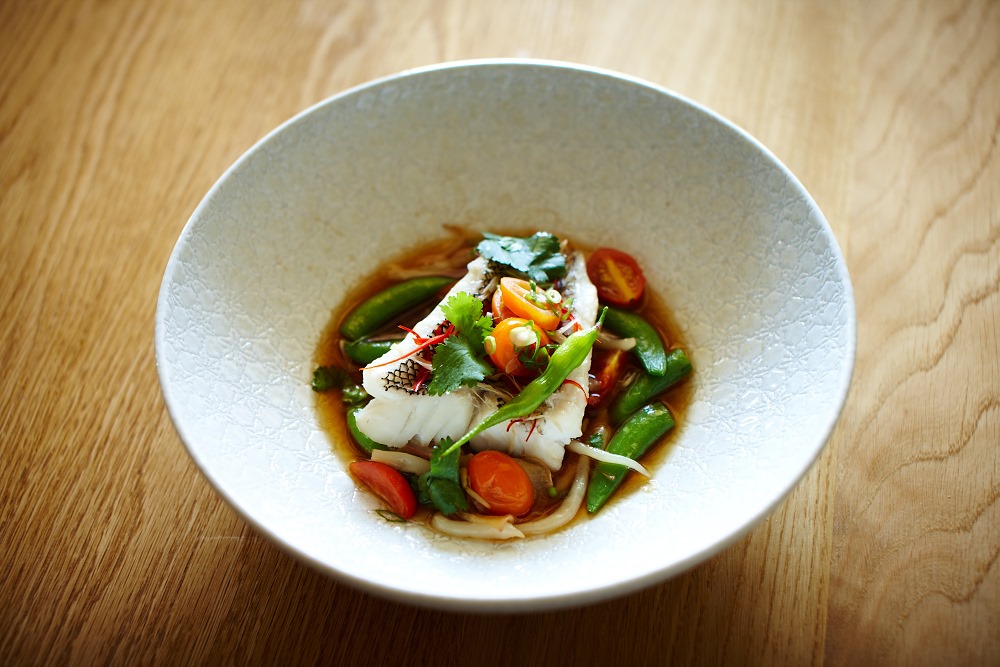 From there, Delwyn formed a plan to take Chatham Island Blue Cod to all the top Melbourne restaurants. He didn't have a car but not easily deterred, Delwyn made his case at some of Melbourne’s top eateries by foot. When the chefs started to agree that the fish was bloody good, and asked for more, Delwyn had a problem. A good problem.

He borrowed his mate's ute and got permission from his lecturer to take Fridays off and left the campus at 3am, to pick the fish up from the airport, and deliver it across the city to some of Melbourne most prestigious restaurants.

As the business began to take off, Delwyn needed help. His girlfriend (now wife), Gigi, whom he’d met at University, came on board and together they worked hard to bring the ocean to plate concept into Melbourne. Later his sister Katrina, based in Sydney, joined the team, and the operation spread interstate.

After three years based in Melbourne, the business had grown substantially and the demand for Chatham Island seafood was such that a factory was now needed to ensure growth of the business. Delwyn and his wife, Gigi, decided to move back to the Island and purchase a factory. They needed to be at the source of the beautiful seafood and wanted to give their (future) kids a free-range upbringing on the Chatham Islands.

At this stage, the young married couple were "eating wallpaper for breakfast lunch and dinner" and although they had built up a valuable business in Melbourne, they still didn't have enough capital to achieve their vision.

Luckily, Delwyn's uncles on his mum's side were fishermen and had been supplying crayfish to a man named Geoff Creighton for twenty five years or so. Geoff not only saw the potential of Chatham Island Food Co, but shared their values around family, business, community and a passion for the island, so decided to invest, partnering with the young couple to buy a seafood processing factory on the Island. 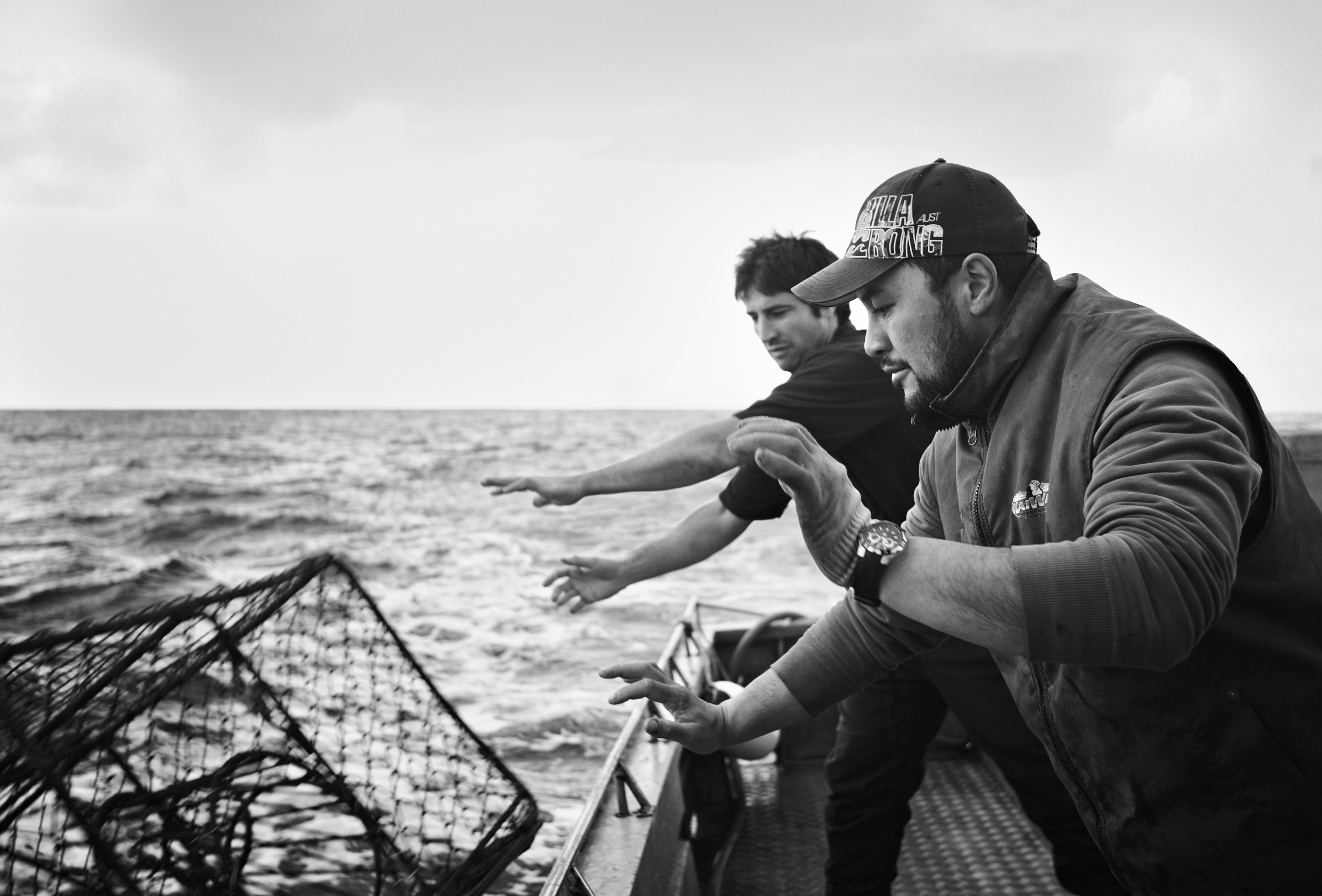 “Being based at the supply end, we have focused on identifying, and working closely with the islands most exceptional fishermen, who share our vision of quality fish and sustainable fishing practices. This includes using ice-slurries to produce premium quality fish and large mesh pots that allow juvenile fish to swim free, avoiding unnecessary by-catch, sustaining the species and our industry,” says Delwyn.

To further distinguish their product and set it apart from other Chatham Island Blue Cod on the market, they have created a premium line for their champion fish, trademarking it Chatham Blue.

Chatham Blue is in a league of its own. “We select only the best, coldest fish from a small fleet of exceptional fishermen. Our master graders then ensure the fillet is flawless every time,” says Delwyn. 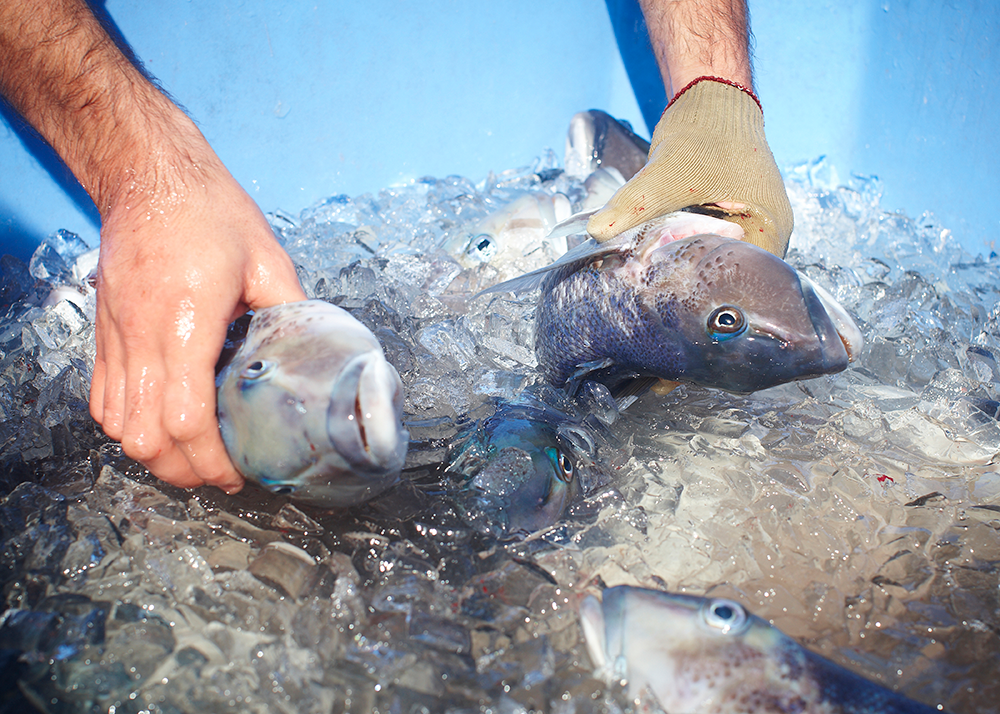 Chatham Island Food Co largely supplies the restaurant trade but always wanted to bring the wild flavours of the island to a wider audience. When Covid-19 shut the world down, and their markets, this was the catalyst to making this happen. The ‘Ocean to Door’ home delivery concept was born. Juggling three young kids and fuelled on caffeine, Gigi set about building an online platform to enable this, while Delwyn developed the product lines to go direct to home users.

“My wife has an amazing brain when it comes to developing systems,” says Delwyn. “She set up an online shop and we started delivering our fish directly to people’s homes. We’ve been blown away with the feedback we’ve been getting, and we’re so glad that others can now have that experience, while supporting Chatham Islanders directly.”

Delwyn delights in the fact that he has embarked upon such a journey, and is thankful for, and humbled by, the fact that others have helped his and Gigi’s vision come to life.

“It has elevated me to heights that I never thought I’d reach—as well as a few lows—but it is vital that we secure the value of this island for ourselves, our fisherman and our future generations. I love the fact that we’ve been able to put it all together, to show folk that just because we live 800km from anywhere, it doesn’t mean that we can’t follow our dreams to create something exceptional. We are proud of who we are, what we have, and where we come from.”

Find out more about Chatham Island Food Co. here, or purchase some of their legendary product here.