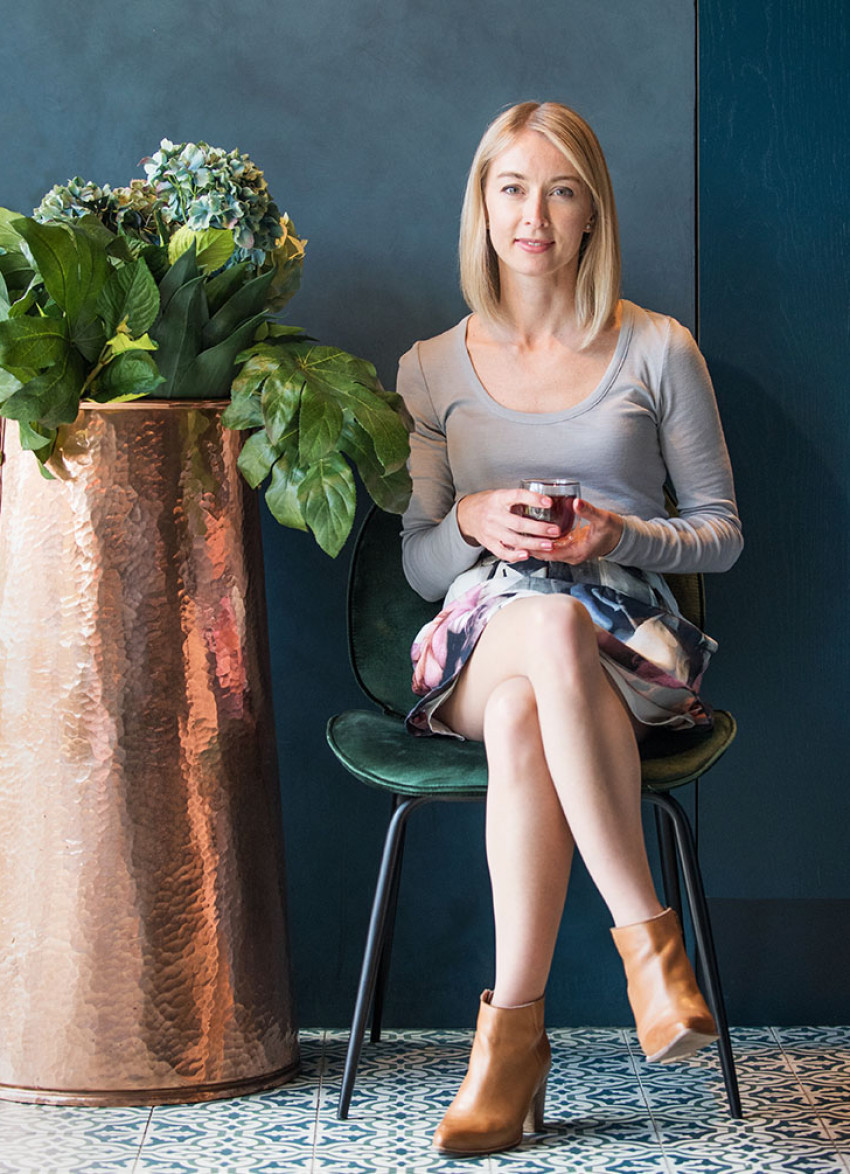 What goes in to a truly special cup of tea, you ask? Dish catch up with certified tea master and Clooney's resident tea connoisseur, Anna Kydd, to answer exactly that.

Enjoying a cup of your favourite brew come 3pm is a ritual long-practiced here at Dish. While we're certainly not proclaiming to be expert tea-makers by any means, the art of making a great cuppa is mastered by few.

When we discovered that Auckland's fine dining institution Clooney were now offering bespoke food and tea pairings – thanks to resident tea master and founder of artisan tea subscription service The Tea Curator, Anna Kydd – we simply had to know more.

Tell us a little bit about what you do?
Anna: "Every month, I spend hours tasting tea across the six tea categories – white, green, yellow, oolong, black and dark, which I source from tea producing regions across the world. I select two of these to send to my customers each month along with information about the provenance and flavour profile of the tea selection. In addition to my subscription service, I also run masterclasses and work with restaurants and cafes on specialty tea menu creation, training and tea and food pairing."

Why do you think food and tea pairings aren’t particularly common among Kiwis?
"It really comes down to the fact we are simply unaware of the range of tea available to us. There are more than 2000 types of tea produced across the world, yet we typically only see a tiny portion of this in our cafes, stores and kitchen cupboards – English Breakfast, Earl Grey, chai, a non-descript green as well as herbal infusions or blends is generally what we believe covers the full spectrum of tea available to us.

Because our understanding of tea is limited, and gaining access to specialty tea can be difficult, tea drinkers, foodies and restauranteurs just simply aren’t aware of tea’s complex flavour profile and how this lends itself to be matched so well with food. But this is really exciting as it presents a big opportunity to change the way we experience both tea and food. Over the past few years, food and tea pairing has become more common in cities such as London, New York, Hong Kong, Singapore and Melbourne so I believe it's just a matter of time until it becomes more wide-spread in top restaurants here at home."

How do you think a tea and food pairing compares to the more conventional food and wine pairing?
"I’m probably a little biased, but I believe it is as good, if not better. Tea has a very broad and complex flavour profile across the six different types of tea and this means there is so much choice when it comes to selecting a tea to pair with a dish. It’s not only about finding flavour notes in a tea that enhance or complement the flavours of the dish, it's also about understanding how the tea’s texture and mouthfeel will work with the dish as well as selecting a tea with a similar intensity and weight to what it is being served with. It also gets interesting when you think about temperature. The heat from a hot tea can change the flavour of a dish – cheese for example – in a way that wine can’t, and that creates a different experience. You can also play around with temperature of the tea – serve it hot, at room temperature or cold brew it and serve it chilled."

Does the terroir play a role at all, when considering the nuances of a tea?
"Absolutely. Terrior influences the tea leaf’s flavour in the same way that it does with grapes for wine. Soil, altitude, weather, climate all have an influence on the final flavour in your cup. An example of this is a Chinese black tea I sourced last year. I fell in love with the tea when I evaluated the sample but when I received the full order, I was disappointed – it lacked the complexity and intensity that I had tasted in the sample. I found out that while the sample was from the 2016 harvest, the full tea order was from the 2017 harvest (from exactly the same tea garden and tea plants) and the region had experienced a high rainfall in the months before the leaves were plucked. This consequently diluted the tea’s flavour."

How did this opportunity with Clooney come about?

I am part of a women’s entrepreneurs’ network and a female business owner I know through that community put me in touch with her husband, who is a head sommelier and general manager for a wine company. We met to discuss tea and its similarity to wine and the potential for a collaboration.

A week or so later he happened to be speaking to Tony (Stewart, owner) at the time Tony and his new head Chef Nobu Lee were developing their new menu and working on wine and juice pairings – and suggested Tony contact me about tea pairing. The first time I met Tony, Nobu and the team, I could see how interested they were in the potential of tea. It has been a really fascinating project to work on with them; I have been lucky enough to witness some of what goes on behind the scenes to create such a beautiful degustation menu. To pair tea with food like this is a privilege."

Best place in the world to enjoy tea?
"The beauty of tea is that you don’t have to be anywhere special to enjoy it. It has this wonderful power to rejuvenate, calm and centre you no matter where you are or who you are with. I find tea is one of my anchors that helps keep me grounded. Even if the to-do list for my business is a mile long, the house is a mess, the kids are running around like mad, I brew a good cup of tea, sit down with a magazine and let my tea’s restorative powers wash through me."

Tea customs you’ve experienced and loved?
"When I was in Tokyo in 2008 I experienced the Japanese tea ceremony or chanoyou, in a traditional tea ceremony house. Every step of the ceremony was conducted with such reverence and precision – the silent movements of the host, the way the matcha was carefully whisked following a ‘w’ shape, how the design on the chawan (bowl) was turned to me when it was passed to me to take a sip. I remember being so captivated by the atmosphere in the room and the meticulousness of the host’s every movement. I have since learned more about the rules and philosophies applied to the ceremony.

One I love and think about frequently is wabi sabi meaning ‘beauty lies in imperfection’. This is expressed in the ceremony through purposefully making something imperfect, such as tilting a picture on the wall so it is crooked – but it is also applied to life in general to help us understand and accept that life doesn’t always go the way we want it to but perhaps it is better and more beautiful that way."

To learn more about Anna and The Tea Curator, see her website here.