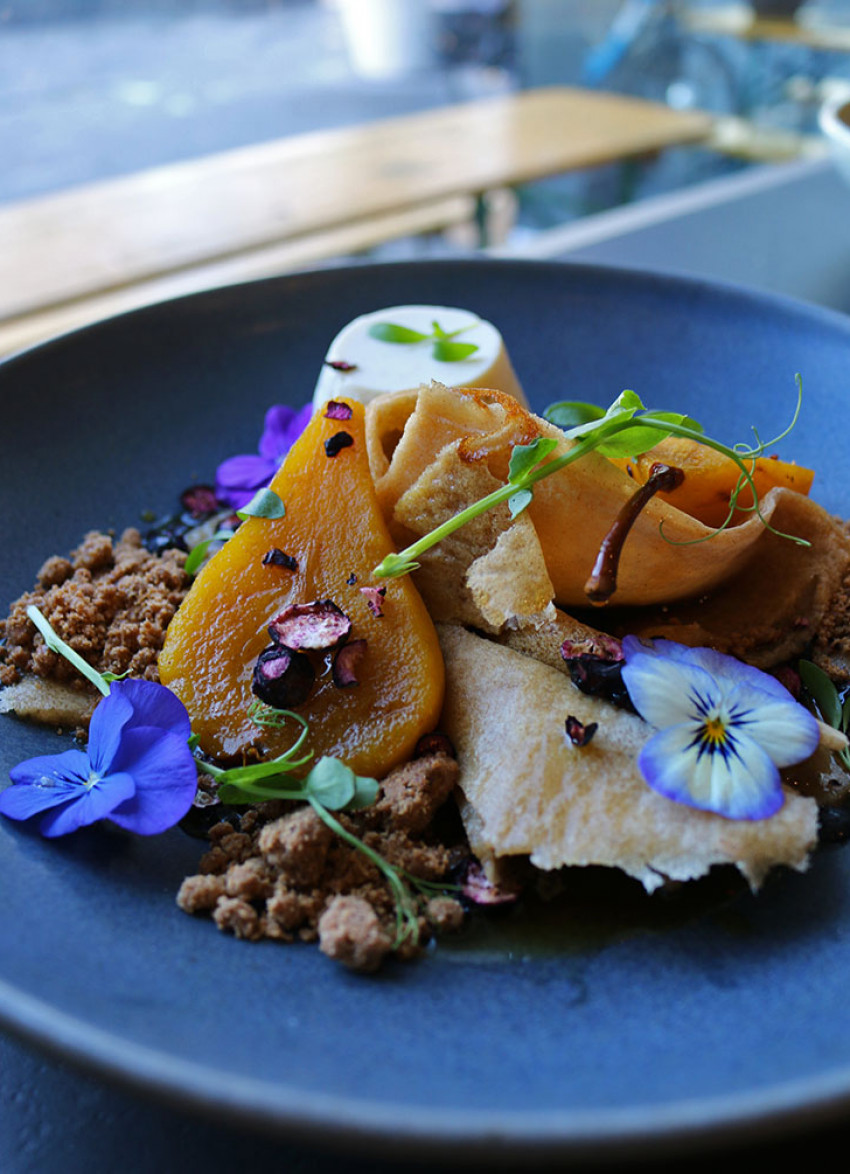 This no-fuss new eatery (dedicated to one of our favourite jams by The Cure) is a hot contender for your next mid-week power brunch.

Aucklander's love their brunch, this much is we know is true.

Whether it's smashed, deconstructed, freeze-dried, topped with avo, drizzled with hollandaise, white with one, skim or soy; when it comes to brunching, we worship at the feet of local hospitality heroes, Fran Mezza and Aaron Carson.

The couple's latest endeavour, Napier Street's Friday, I'm in love, is the fourth post in the 09 for the team behind some of the city's most successful new ventures, think Winona Forever, Little Sister, Major Tom and the soon-to-open Chelsea, bound for Auckland's Birkenhead. Housed in Freeman Bay's GHD Building, and located a stone's throw from their test kitchen; Friday offers the couple, their growing team and notably, their talented chefs, the opportunity to trial different dishes, train up-and-coming staff and experiment with an ever-changing and drool-worthy menu.

"We're only open during the week, until 3.30pm, which has been good, I think," says owner Fran. "We've had some people show up on the weekend, so it's a real mixed crowd. We're starting to get the neighbourhood, which is great – and it's manageable. (At our other cafes) on the weekend, it can be go, go go."

Those familiar with Auckland's Parnell will no doubt be well-across Winona Forever. A buzzword among the brunch crowd, hordes of hungry punters will happily wait upwards of 25 minutes just to nab themselves a slice of that French toast or one of countless glistening pastries from the cabinet.

For now though, Fran says the test kitchen provides the team with the perfect balance, and a tidy little space to continue refining an already plentiful brunch and lunch menu. With projects on the go that include Chelsea – a stunning site that's steeped in history – their first foray into Asian fusion and Rude Boy, a to-go deli that'll rival the very best of Sydney and Melbourne's hottest bodegas; we can't help but wonder when Fran and the team find the time to sleep.

Luckily for us, though, the Coffee Supreme is plentiful and the menu is everything you hoped it would be, and then some, dressed with edible flowers and crumbed with something nutty and scrumptious. What more could you possibly need?