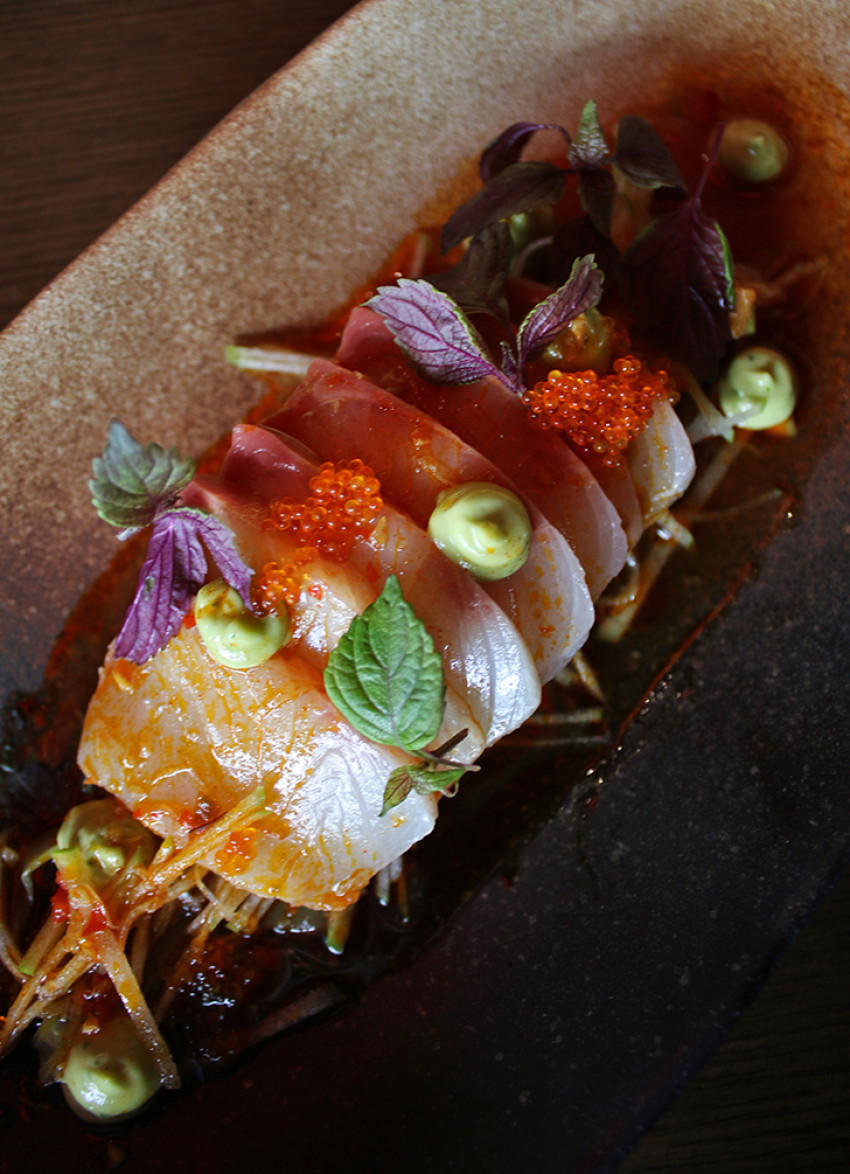 Mt Eden is home to an expansive new fusion offering that'll blow your mind – and delight your taste buds.

If you've bypassed the city fringe suburb of Mt Eden over the past year, chances are you've noticed a bit of movement throughout this prime slab of Auckland real estate. There was the departure of the much-lauded Molten, for one, the closure of upper-echelon eatery Meredith's and the farewell of local favourite Bolaven, to name but a few.

If you ask the Dish team, the arrival of a refreshingly different Japanese-Chinese fusion cuisine restaurant is precisely what this neighbourhood needed. Spearheaded by restaurateur David Dau (think Takapuna's Tok Tok) and business partner Minh Lu, Xoong – pronounced "s-ong" and meaning 'pot' in Vietnamese – is the lofty new resident with grand ambitions.

Upon entry, those familiar with Molten's layout will be delighted to discover the full utilisation of space. Blue-washed walls and decorative Japanese murals span the full width of a striking urban courtyard, while decorative Chinese lanterns hang overhead. In the kitchen, Xoong can lay claim to one of the country's only authentic duck ovens, with the rotisserie in full use during our visit.

Occupying both former Molten residences – the wine bar and the neighbouring restaurant – Xoong has revamped every inch of this Auckland institution beyond recognition, and it's about time. In a similar vein, it's out with the old and in with the new for the food menu, that reads like a fresh, inspired homage to an eclectic round-up of head chef Cameron Knox's favourite cuisines.

"My heart has always been with Japanese and Chinese food," says Cameron. "Chinese is my comfort food, and Cocoro's sashimi platter would be my final meal."

The standout, though, is the Fresh Catch Tartare – served in a wafer-thin, crunchy cone and topped with tobiko (Japanese roe) and smoked pepper mayo. Served on bamboo, this photogenic little dish is the perfect side plate, quickly proving to be just as tasty as it is creative.

"The menu is my interpretation of the flavours that I enjoy the most, in both cuisines, reinterpreted. If I have an amazing dish somewhere, I'll tweak to suit the flavours I like," adds Cameron.

"I was having dinner in a tiny little bistro in Antibes, France. We had a sashimi platter of avocado, celery and tuna. (It was good) but it was just a little boring, so I went home and (tweaked it)."

The result? Xoong's Ruakaka Kingfish Sashimi, doused with lime and smoked paprika. If you're bringing your appetite, we suggest splitting the sizeable Gua Bao – a juicy combination of lightly crumbed wagu beef and Korean-style kimchi, housed in a light and fluffy steamed bun. Wash it all down with one of several masterfully-mixed libations by resident cocktail master Jeremy Nivern.

Xoong is the kind of destination that'll have you actively booking more group dinners, driving out of the city and into the suburbs. Take it from us, one mouthful of that tartare and you'll be happy you did.